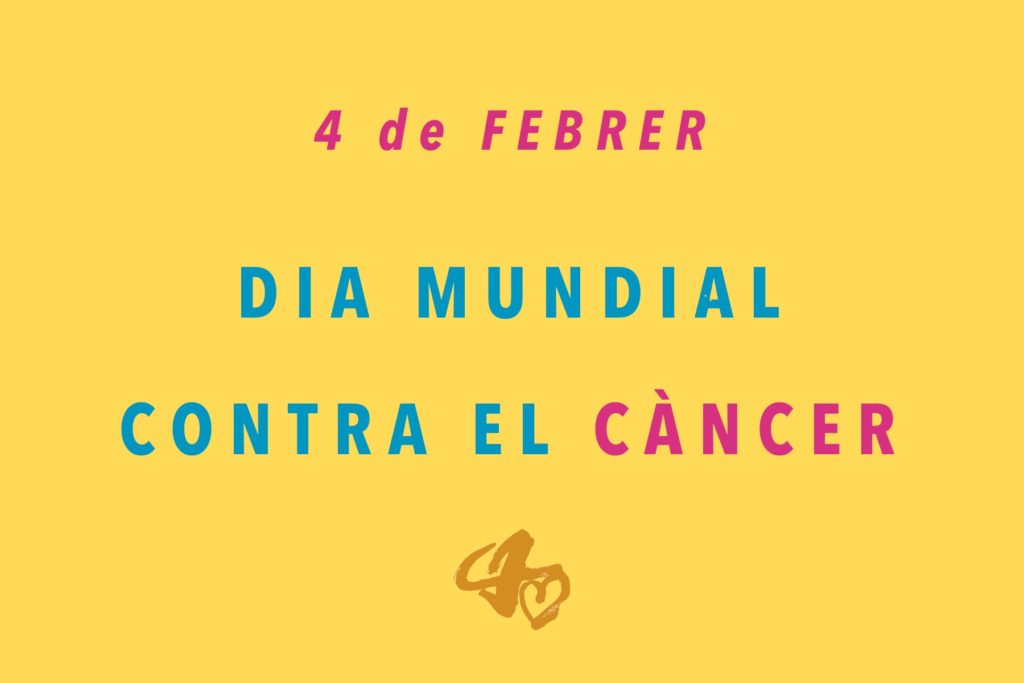 At IDIBELL we know that research saves lives. That is why we work every day to do our bit in the search for a new treatment, a new method for early detection or understanding cancer-related processes.

These are some of the last breakthroughs in the fight against cancer that IDIBELL has achieved:

Prevention as an asset against cancer

Human papillomavirus (HPV) is the most common sexually transmitted infection. In some cases, it can cause diseases associated to certain cancer types. A study with the participation of the group of Infections and Cancers of IDIBELL and ICO proved that the HPV vaccine can prevent up to 90% of cases of cervical cancer. 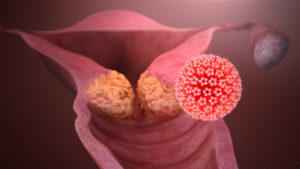 The research group for Tobacco Control of IDIBELL and ICO wrote the Spanish report on the Global Interference Index of the Tobacco Industry.  Their analysis indicates that Spain is one of the most permissive states regarding industrial interferences in control policies. 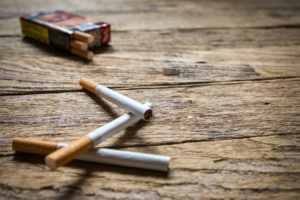 Polyphenols are bioactive compounds that are mainly found in plant-based foods such as fruits, vegetables, coffee, tea, cocoa and wine. Previous studies in vitro have reported anticarcinogenic activity of polyphenols. However, the epidemiologic research conducted at IDIBELL and ICO questions those results, since it does not find any association between polyphenols blood concentration and thyroid cancer. 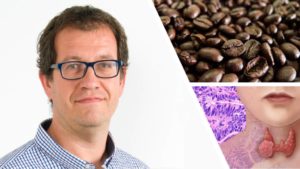 Genes that predispose to develop cancer

About 10% of cancer patients present a germ line genetic variant in their cells that makes them prone to develop tumours. Identifying such patients is key to estimate their cancer risk, as well as to offer appropriate prevention, follow-up and treatment according to their genetic condition. What is more, the identification of germ line pathogenic variants allows the development of predictive studies about these variants and also about the cancer risk of patients’ relatives.

A Spanish consortium led by the Hereditary Cancer group from IDIBELL and ICO has published a guide to standardize and improve the classification of variants of the ATM gene. ATM exhibits different pathogenic variants that increase the risk of cancer.

The same group has also identified TP53 as a gene that predisposes to colon cancer. TP53 mutations have been previously linked to a syndrome with high cancer risk but not to this kind. 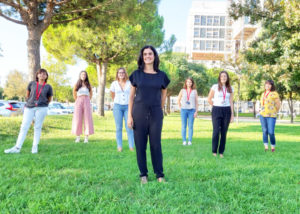 The IDIBELL and ICO Breast Cancer team has identified the genetic variants that predispose to developing cancer and that at the same time represent an alteration of the immune system. 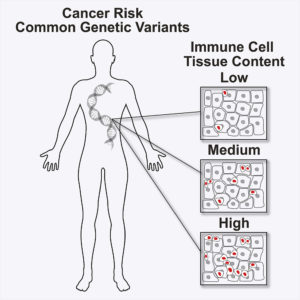 The microorganisms that we have in our intestines, the intestinal microbiota, can also help us predict diseases such as colon cancer. The Colorectal Cancer team at IDIBELL and ICO has fine-tuned the technique of sequencing and analysing the genome of the microbiota, in order to search for new markers that can be used for the early detection of colon cancer. 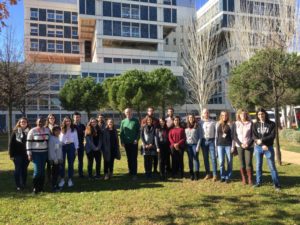 On the other hand, a study led by Columbia University, with the participation of IDIBELL and ICO, has analysed thousands of tumours and has found that the key genetic programs to maintain the survival of tumour cells are controlled by 24 modules, each one determined by a few genes working together. Obtained results can potentially improve the prognosis and treatment of cancer. 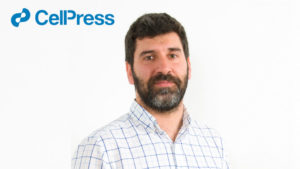 A study published in the journal The Lancet Oncology with the participation of IDIBELL has shown that administering chemo-immunotherapy before operating on lung cancer could improve its prognosis and significantly reduce tumour volume. 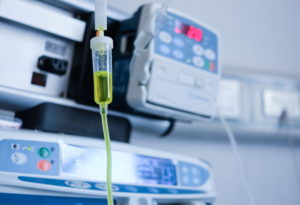 Ovarian cancer is one of the cancers with the highest mortality rate. Most of these cancers have mutations in the BRCA1 and BRCA2 genes and can be treated with inhibitors of the PARP protein. Still, many cases progress and develop resistance. An article published by IDIBELL presents a new therapeutic strategy based on metabolic drugs that represent a new opportunity for these patients. 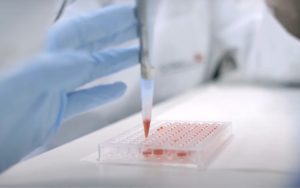 The Cancer and Aging team from IDIBELL has deciphered the molecular mechanisms responsible for resistance to EGFR inhibitors in squamous cell skin cancers and proposes a combination therapy as a solution in these cases. 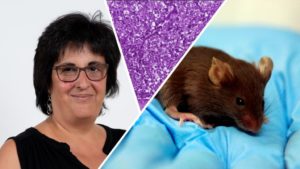 A biomarker has also been identified that predicts the increase in malignancy that antiangiogenic therapy can cause in kidney cancers. In some cases, this type of therapy increases the invasiveness and metastasis of kidney tumours. A study led by IDIBELL and ICO identifies a biomarker that could predict this malignant response to therapy. 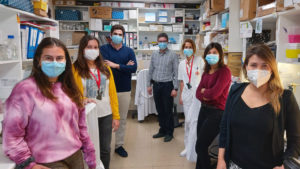 Cisplatin chemotherapy, although very effective, can be neurotoxic, forcing treatment to stop. A team from IDIBELL, ICO, HUB and UAB has identified the cellular process that causes this neuronal damage, which would allow optimizing the treatments with platinums. 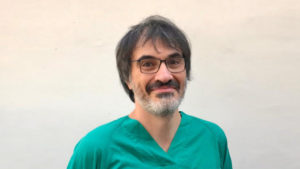 At the beginning of April, the team of Haematopoietic and Lymphoid Tumours published a reflection in the journal Lancet Haematology, on the management of cancer patients in times of Covid-19. At the time of writing the article, the first wave of infections was just arriving and it was necessary to organize both health personnel and patients to deal with it. After a few weeks, we spoke with the team to understand what led them to such reflection, how was the implementation of new measures and what conclusions they drew from the process. 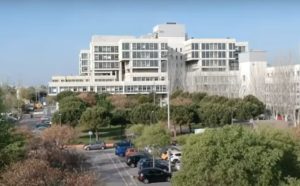 Better understanding the mechanisms of cancer

A team from the Cancer Metabolism Laboratory has described that lysosomes and autophagy processes are active during mitosis and are necessary for the correct cell division. 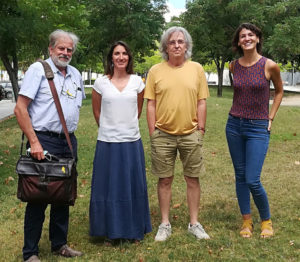 Lack of nucleotides affects the step prior to DNA replication, when the proteins needed for replication are synthesized. As a result, this process could be the target of future cancer treatments. 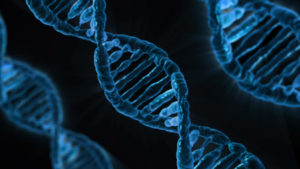 The Metabolism and Cell Death team has described that nutrients deficiency in tumour cells causes the attraction cells that inhibit immune system cells, which in turn inhibit a more specific and effective attack on tumours. 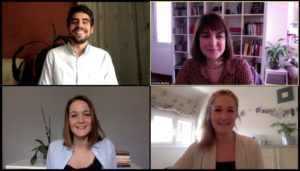 The Sarcoma group has identified LOXL2 as a key factor for the metastatic capacity of alveolar Rhabdomyosarcoma. LOXL2 would act inside the cells by promoting their migration and invasion, which would increase the metastatic capacity of the tumours. Therefore, prognosis of patients becomes worse. The work provides very valuable information for the design of new drugs against this type of tumour. 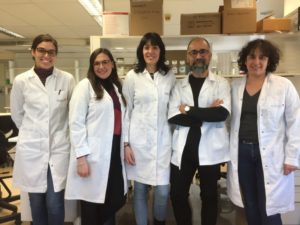