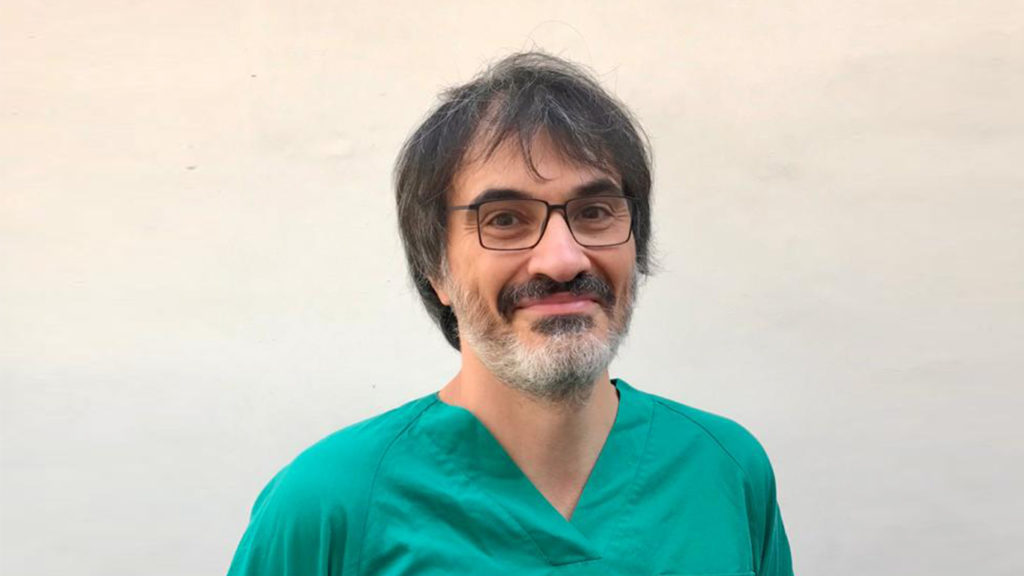 Despite the great advances in cancer research in recent years, treatments that can cause very severe adverse effects are still used. This is the case of neuropathy caused by chemotherapy with platinum derivatives, such as Cisplatin and Oxaliplatin. These are widely used drugs that can damage the peripheral nervous system causing a progressive and increasing loss of sensitivity, which may even affect the mobility. The appearance of these adverse effects may force to reduce the dose or change the treatment for a less effective second-line treatment.

To design drugs that alleviate or avoid the adverse effects of Cisplatin, it is important to know the mechanism by which it causes neuropathy. And this is precisely the focus of the study carried out by a team from the Bellvitge Biomedical Research Institute (IDIBELL), the Catalan Institute of Oncology (ICO), the Bellvitge University Hospital (HUB) and the Universitat Autònoma de Barcelona (UAB), in the context of the PhD thesis of Aina Calls, first author of the study, which has shown that Cisplatin induces senescence of peripheral neurons through overexpression of the p21 protein, which would explain the neuropathy.

“This discovery represents a paradigm shift in the field, because until now it was believed that oxidative stress and apoptosis cell death caused Cisplatin neuropathy“, says Dr. Jordi Bruna, project leader. The study, published in the Neuro-Oncology journal, shows that neurons respond to Cisplatin damage by generating a series of metabolic changes. These changes induce them to enter in a kind of permanent hibernation, called senescence, which would be causing neuropathic symptoms, and not the direct death of neurons as previously believed.

The study shows the overexpression of the p21 protein induced by the administration of Cisplatin. This is a protein that in response to injury can regulate both, senescence and cellular apoptosis processes. However, the study shows that the pathways involved in apoptosis are not activated. Furthermore, both electron microscopy studies and molecular markers of cellular senescence have confirmed that neurons show morphological characteristics of senescence after treatment with Cisplatin.

“Neurons are the paradigm of a highly differentiated cell that cannot replicate, and senescense processes, classically described in replicative cells, are more controversial in non-replicative cells. Therefore, our work contributes to other recent studies that point that senescence processes can be relevant in different neurological pathologies” says Dr. Esther Udina, researcher at the Institut de Neurociències of the UAB (INc-UAB) and co-author of this research.

Until now, clinical trials of neuroprotective treatments aimed to alleviate platinum neuropathy have failed. Dr. Bruna concludes that “this could be because the treatments were focused on preventing neuronal apoptosis,” and adds, “this study provides new targets to alleviate platinum neuropathy. These neuroprotective treatments, administrated with chemotherapy, could prevent the onset of neuropathy, and are less likely to interfere with antitumor efficacy than those aimed to prevent apoptosis”. ” In this way, chemotherapy with Cisplatin would not be limited depending on the appearance of this common adverse effect.”

These studies used a mouse model that perfectly mimics the clinical characteristics of the patients. By a cell separation method, each neuron of the dorsal spinal ganglion was individualized and, the genes that were expressed at each moment were studied, with the subsequent validation with protein expression. It is an innovative method that has never been used in this field of research.

Share on Facebook
Share on Twitter
Share on Linkedin
Share on Email
Tweets by @idibell_cat
Tags: Cancer, Molecular Mechanisms and Experimental Therapy in Oncology Program - Oncobell, Neuro-Oncology,
Manage Cookie Consent
To provide the best experiences, we use technologies like cookies to store and/or access device information. Consenting to these technologies will allow us to process data such as browsing behavior or unique IDs on this site. Not consenting or withdrawing consent, may adversely affect certain features and functions.
Manage options Manage services Manage vendors Read more about these purposes
View preferences
{title} {title} {title}
Scroll to Top