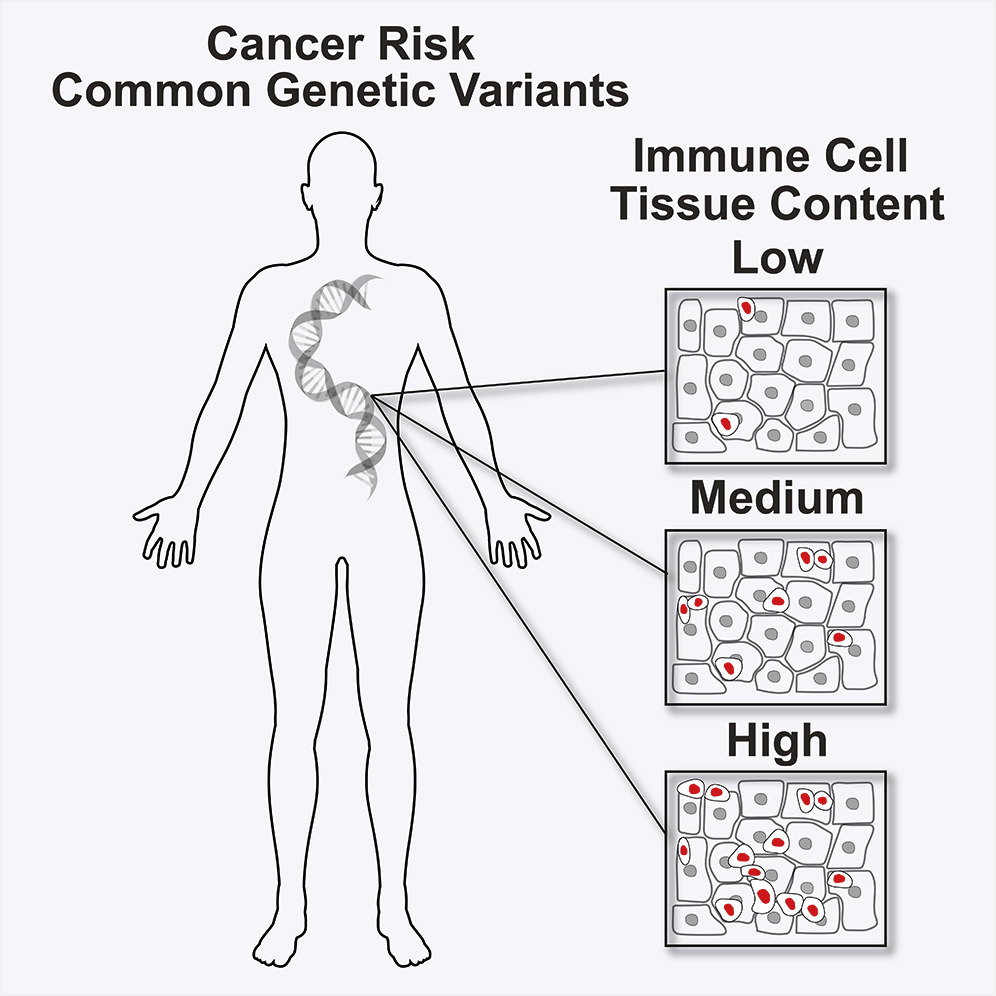 The idea that the immune system “monitors and prevents” the development of cancer, which is called “cancer immune vigilance”, was initially proposed at the beginning of the last century. Since then, epidemiological studies have shown that the suppression of the immune system increases the risk of cancer, however, the molecular basis of this process is not well understood. Now, a study performed by an international consortium, led by the ProCURE program of the Catalan Institute of Oncology (ICO), and the OncoBell program of the Bellvitge Biomedical Research Institute (IDIBELL), has identified the genetic variants that predispose to cancer and, which at the same time represent an alteration of the immune system. To do this, they have analyzed 17 types of cancer, and in 13 of them, they have found up to 57 genetic variants that predispose to developing cancer while affects the body’s defenses. The article, published in the iScience journal of the Cell Press editorial, represents a step forward in understanding the biological bases that initiate cancer and open the door to future risk analysis. It also allows us to think of new strategies to prevent it.

“The results suggest that the risk of developing cancer can be explained, in part, by alterations in the number of immune cells,” says Dr. Miquel Pujana, project leader and researcher of the ProCURE program at ICO and Oncobell at IDIBELL. “If we know the effect that these genetic variants have on the immune system, we can design new prevention strategies for patients with a high risk of developing cancer through the modulation of specific functions of the immune system cells”, adds Pujana.

One of the specific connections identified in this study is the relationship between the alteration of SH2B3 gene function, a lymphocyte protein, and the risk of developing breast cancer, especially in women with a high risk of suffering this type of cancer due to mutations in the BRCA1 and BRCA2 genes. Histochemical studies corroborate this fact since the alteration of the SH2B3 gene is related to a lower infiltration of immune cells in tumor tissue, a fundamental point to exercise its function.

On the other hand, in the presence of this variant, there are also fewer lymphocytes in the peripheral blood and, it is related to a diagnosis of cancer at younger ages. “These indications lead us to think that the correct function of the SH2B3 gene is decisive for the protection of cancer in women carrying BRCA1/2 mutations and, when it is affected, the pharmacological induction of the SH2B3 gene could reduce the risk of cancer ”, explains Pujana.

The immune system in the development of cancer

The immune system, which recognizes foreign microorganisms as “not themselves” and provides a response to destroy these disease-causing agents, plays a similar role in protecting the body against malignancies. Damaged DNA from cancer cells eventually induces the production of abnormal proteins known as tumor antigens. These abnormal tumor proteins mark cancer cells as “not themselves.” The immune system could find and kill cancer cells, but clearly, cancer cells have mechanisms that allow them to escape the immune responses that usually prevent the development of malignant tumors. When the immune system loses its surveillance function, tumor cells can form a tumor.

The role of patients in the search and improvement of health

This study has been possible thanks to the support of various patient associations in Catalonia from IDIBELL and ICO, especially the Viladecans Against Cancer associations, Association of Women Affected by Breast Cancer (DACMA, Sant Joan Despí), Association of Cancer Affected GINKGO (Barcelona), and the Sosciathlon solidarity day.