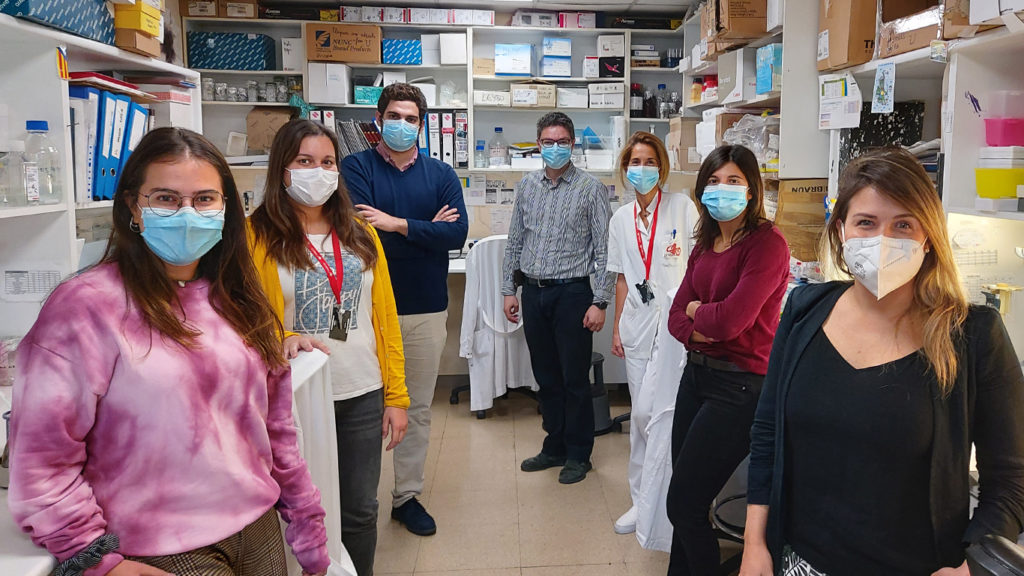 Angiogenesis is the process by which tumors create new blood vessels that will provide them the nutrients to continue growing. Antiangiogenic drugs specifically block this process. This type of therapy usually has good short-term results, reducing tumor growth. However, several studies suggest that these treatments increase the invasiveness of tumors, and promote more aggressive behavior, inducing a poor prognosis. Studies with animal models have attempted to decipher the molecular mechanisms involved in this discrepancy, but many questions remain unclear.

The team of Dr. Oriol Casanovas from the Bellvitge Biomedical Research Institute (IDIBELL) and the Catalan Institute of Oncology (ICO) has investigated the consequences of antiangiogenic treatment on the invasiveness and metastasis of kidney cancer to identify biomarkers that determine the aggressiveness of these tumors.

In the study published today in the journal EMBO Molecular Medicine, the Casanovas team in collaboration with clinicians from the Hospital de Bellvitge, the Hospital de la Vall d’Hebron, and the VHIO, shows that antiangiogenic drugs, in some cases, increase the aggressiveness of tumors, while in others it is not affected. “These results confirm the heterogeneous effects of antiangiogenic treatments, and how these can profoundly affect the natural progression of tumors and induce malignancy,” explains Dr. Casanovas.

Once it had been confirmed the heterogeneity of the response, it was necessary to identify the molecular signals that determine it, and therefore, that would identify the patients who would benefit from the treatment. The study has used various bioinformatics tools for genetic and molecular analyses that have pointed to the involvement of a cell signaling pathway, specifically the ALDH1A3 gene, in the divergent response to antiangiogenic therapy.

Dr. Oriol Casanovas points out that “in this study, we have identified a new biomarker capable of predicting whether a patient may benefit from antiangiogenic treatment”, and adds, “these findings may open the door to new targets and therapeutic strategies to suppress the malignancy of these treatments. ”

To study the tumor behavior with the antiangiogenic treatment, and determine the existing interpatient variation, the researchers created a battery of orthotropic mouse models. These models consist of the implantation of renal tumors biopsies from patients in the same mouse tissue, which reproduce the variability between patients and identifying key aspects of tumor evolution. It is a preclinical tool with great potential.

The study of the genes expressed by kidney tumors after treatment with antiangiogenics, and their correlation with the subsequent tumor response, has made it possible to identify the biomarker that can discriminate between invasive and non-invasive tumors.

Share on Facebook
Share on Twitter
Share on Linkedin
Share on Email
Tweets by @idibell_cat
Tags: Cancer, Molecular Mechanisms and Experimental Therapy in Oncology Program - Oncobell, Tumour Angiogenesis,
Manage Cookie Consent
To provide the best experiences, we use technologies like cookies to store and/or access device information. Consenting to these technologies will allow us to process data such as browsing behavior or unique IDs on this site. Not consenting or withdrawing consent, may adversely affect certain features and functions.
Manage options Manage services Manage vendors Read more about these purposes
View preferences
{title} {title} {title}
Scroll to Top