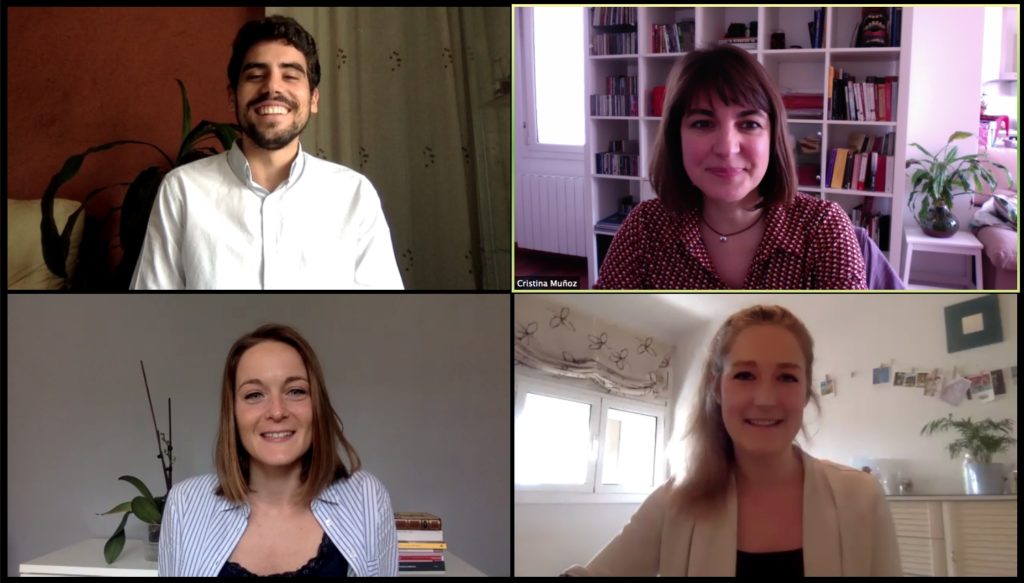 Some solid tumors have a very high growth rate, which often leads to a lack of vascularization due to the impossibility to develop, at the same time, the blood vessels that accompany and nourish it. The team of Dr. Cristina Muñoz Pinedo, from the Bellvitge Biomedical Research Institute (IDIBELL) and the Faculty of Medicine and Health Science of the University of Barcelona (UB), with the collaboration of the Catalan Institute of Oncology (ICO), has studied how tumor cells respond to this lack of nutrients. They have observed that cells respond releasing cytokines and chemokines, molecules that attract the first defenses of the immune system, which finally inhibit a more specific and effective attack. In addition, these cytokines will promote the formation of new blood vessels that nourish the tumor again. This work has been published in the journal Proceedings of the National Academy of Sciences (PNAS).

Reduced nutrient levels in the less vascularized parts of the tumor are known to trigger stress responses. As Dr. Muñoz Pinedo points out, “the stress response due to lack of nutrients, known as an integrated stress response, induces the cell production of alarm proteins. And those proteins are closely related to cancer progression”. This article demonstrates that this response participates in the secretion of inflammatory cytokines in many types of tumor cells in culture, from lung cancer cells to cervical cancer or rhabdomyosarcoma.

Previous studies of other groups point out that the inflammation that takes place in tumors could prevent an effective immune response to attack tumor cells. Tumors in mild and constant inflammation state present elevated levels of the cytokines and chemokines found in this study. For this reason, the authors hypothesize that this inflammation could be caused by the lack of nutrients that cells detect and interpret as a wound or infection.

The authors hypothesize that, under these circumstances, the tumor cells could be acting as a non-healed wound. When we have a wound, blood flow is interrupted at some point in our body, and this lack of blood flow could be the signal that triggers the wound healing response: the attraction of the first defenses of the immune system and the generation of new blood vessels, in other words, the inflammatory response. This response could be reproduced in solid tumors, in which the lack of blood supply is interpreted as a wound, but for the moment we can only consider this an idea not yet proven.

The signals sent by tumor cells not only impede the attack of the immune system, also induce the modification of the tissue that accompanies them. Specifically, this work shows that, when tumor cells are glucose deprived they initiate a signal cascade to promote angiogenesis in vitro, that is, the creation of new blood vessels that return the blood flow and the nutrients.

There is a type of drug that attacks tumors called antimetabolic drugs. They act impairing nutrient processing of tumor cells, and thus, through starvation, promote the death of tumor cells. These drugs, despite having good results in animal models, often fail in clinical trials with patients.

The results of this study could explain the lack of efficacy of this type of drugs since this work describes that two antimetabolic drugs also cause tumor cells to secrete cytokines and chemokines. Franziska Püschel, the first author of the study, points out that these drugs could be causing an inflammatory response due to lack of nutrients, which could promote tumor survival. However, Franziska assures that more studies are necessary to make this claim.

This is a very large study that includes secretion tests in cultured tumor cells, as well as, tests in mice injected with the proteins secreted by the tumor cells. Furthermore, it has been studied the effect in migration, invasion or proliferation of the molecules secreted by tumor cells.

It should be noted that these studies have had the collaboration of the French National Institute of Health and Medical Research (INSERM), the Amsterdam Medical Center, as well as the European networks ITN META-CAN and ITN TRAIN-ERs.