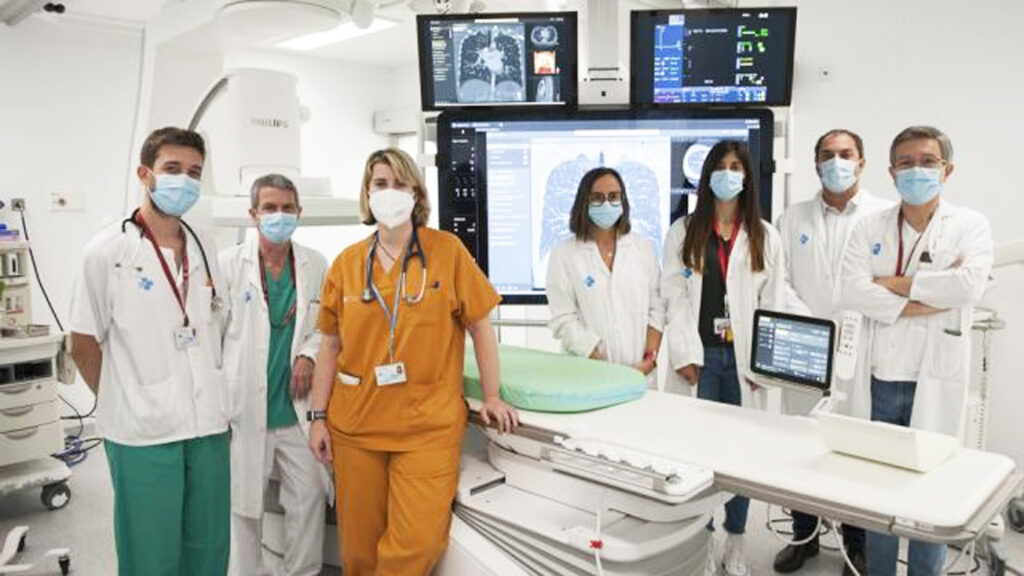 A study carried out by researchers from IDIBELL and the Bellvitge University Hospital has described new predictors of mortality in the endovascular treatment of severe pulmonary embolism. The results are published in the Journal of Clinical Medicine.

Thromboembolic disease is the third leading cause of cardiovascular mortality, after ischemic heart disease and stroke. Its most serious form is pulmonary embolism, which occurs when thrombotic material from deep vein thrombosis travels through the venous system to the pulmonary arterial circulation.

Although most of these cases can be treated with anticoagulant or fibrinolytic drug treatment, the most severe cases, that due to their risk of bleeding cannot receive these treatments, are treated by endovascular reperfusion techniques performed in Angioradiology units of tertiary hospitals. The Bellvitge University Hospital is a reference center in these techniques for more than two million inhabitants of the south of ​​Catalonia.

This is a retrospective study carried out in 63 patients with severe pulmonary embolism who received this type of treatment at the Bellvitge University Hospital between January 2010 and December 2020. The final aim of the study was to identify predictive factors of mortality.

The predictors of mortality identified were: being over 70 years old or previously undergoing systemic fibrinolysis. Likewise, patients who had an inferior vena cava filter implanted during the endovascular reperfusion procedure have less mortality in the short and long term.

These results provide better knowledge that will contribute to clinical decision-making in the most complex cases of pulmonary embolism.