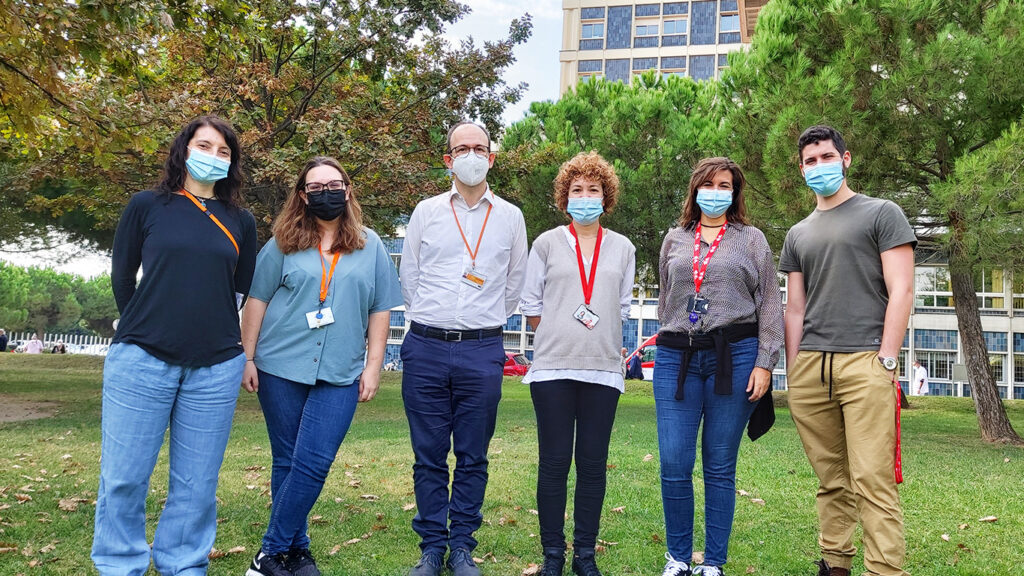 Malignant pleural mesothelioma (MPM) is a very aggressive cancer in which cancer cells develop in the inner lining of the chest, the pleura. The main cause of this disease is asbestos exposure. Currently, there is no effective therapy for those patients who have no longer responding to conventional platinum chemotherapy or immunotherapy.

The preclinical and experimental research group in thoracic tumors (PreTT) of the Bellvitge Biomedical Research Institute (IDIBELL) and the Catalan Institute of Oncology (ICO), co-led by Dr. Ernest Nadal and Dr. Cristina Muñoz, has described that two drugs, previously approved for the treatment of breast cancer, decrease tumor cell proliferation and expands the life expectancy in animal models of MPM.

The inhibitors, called abemaciclib and palbociclib, target two proteins that regulate cell division, CDK4 and CDK6. In the study, published in the British Journal of Cancer, the researchers show that these drugs stop the proliferation of tumor cells and induce a latent state called senescence in cell models, in addition, those drugs increase life expectancy in animal models.

“Our results support the development of clinical trials to evaluate the efficacy of these compounds as second-line treatment in patients resistant to chemotherapy,” says Dr. Nadal.

The study also describes that the drugs stimulate the recognition of tumor cells by the immune system. “The activation of these pathways suggests that the drugs abemaciclib and palbociclib could help to enhance the activity of immunotherapy against tumor cells“, comments Dr. Elisabet Aliagas, first author of the work.

In vivo and in vitro models

The work has analyzed the ability of CDK4 and CDK6 inhibitors to stop or decrease cell division in five commercial cell lines and in three primary cell lines obtained from pleural effusions of patients with diagnosed MPM and treated at the Bellvitge University Hospital o at the Catalan Institute of Oncology.

In addition, the researchers in collaboration with Dr. Alberto Villanueva have used an orthotopic mouse model, in which tumor cells from patients with MPM have been implanted into the mouse animal. Then it was evaluated the response of these cells to the treatment in this environment recapitulates what happens in humans.