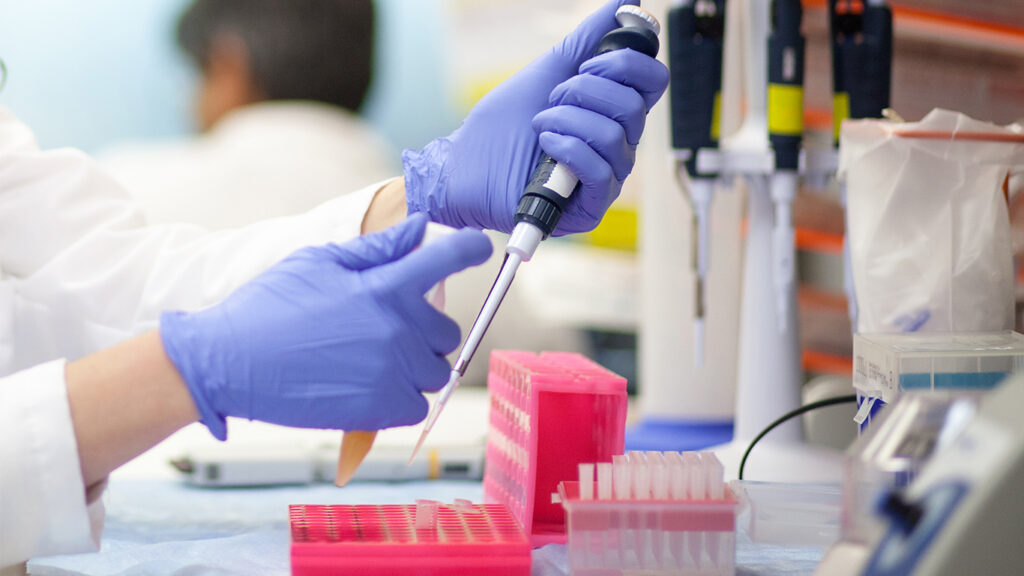 Parkinson’s disease is a neurodegenerative disorder characterized by dopaminergic neurons death responsible for motor impairments. The loss of neurons is caused by the accumulation of aggregates of the α-synuclein protein. This is a protein physiologically present in many neuronal types. However, the abnormal formation of α-synuclein aggregates affects neuronal function, leading to their death.

Nanotechnology has helped to understand some diseases, such as Parkinson’s, and search for new therapeutic approaches. Dendrimers, highly branched polymers with unique and well-defined geometries, prevent the formation of α-synuclein aggregates and allow their solubilization. This ability of dendrimers has made them a promising therapeutic strategy for Parkinson’s disease. They have already demonstrated their efficacy by preventing protein aggregation in vitro and cell lines.

Now, the groups of Prof. Ángel Raya and Dr. Antonella Consiglio, from the IDIBELL Regenerative Medicine and Neurosciences programs, respectively, in collaboration with researchers from the University of Alcalá, have analyzed the effectiveness of dendrimers in the accumulation of endogenous α-synuclein in neurons of Parkinson’s disease patients. The researchers have used dopaminergic neurons differentiated from stem cells from Parkinson’s disease patients as a model.

The work, published in the journal Biomacromolecules, demonstrates that the treatment of human neurons with dendrimers prevents the pathological accumulation of α-synuclein. “Our results, in a genuine Parkinson’s disease model, highlight the therapeutic potential of dendritic systems as an efficient and safe strategy to postpone or stop the progression of Parkinson’s,” says Dr. Raquel Ferrer, a researcher in the Regenerative Medicine program of the IDIBELL who has led the work.