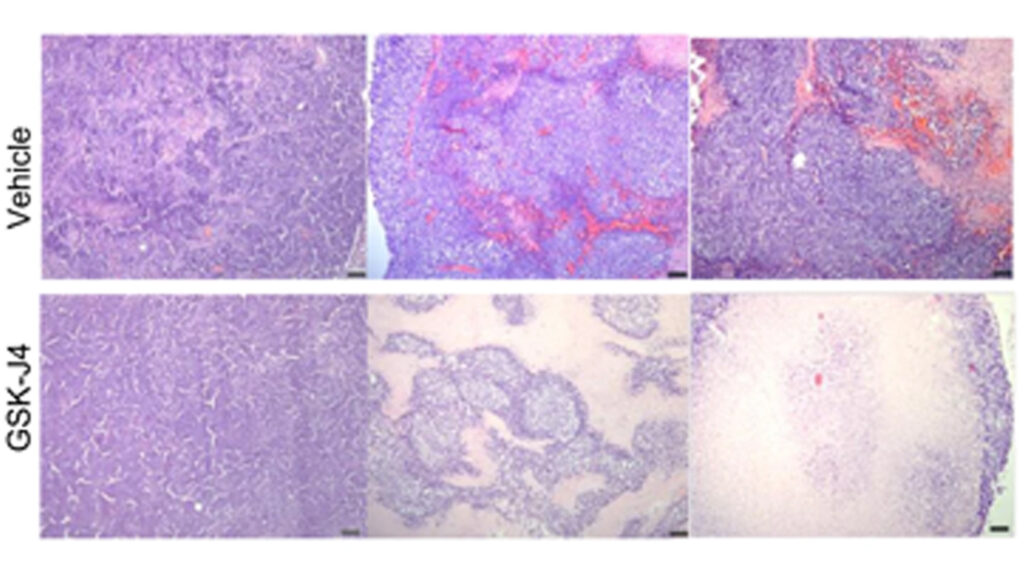 Many types of cancer, such as lung cancer or ovary small cell carcinoma, hypercalcemic type (SCCOHT), carry mutations that genetically inactivate the SMARCA4 gene, a central component of the chromatin remodeling complex SWI/SNF, the main actor in the epigenetic control of gene expression.

In a study, recently published in the journal Nature Communications, researchers describe how inactivation of the SMARCA4 gene leads to low levels of KDM6, a family of histone demethylases. This alone may explain why these tumors escape the anticancer activity of SAHA, a very effective drug against histone deacetylases used in precision medicine. Being resistant to this drug, patients with tumors carrying mutations that inactivate SMARCA4 do not have this therapeutic option.

Research results show that dysregulation of KDM6 alters its epigenetic function and, in SMARCA4-deficient tumors, cells become hypersensitive to GSK-J4, a potent inhibitor of histone demethylases. After treatment, only tumor cells activate their programmed cell death pathways -apoptosis or necrosis-, which leads to significant tumor reduction, both in vitro and in animal models. If confirmed in trials with human patients, it would open the door to new treatments for tumors without a specific therapeutic option.

Their results were validated using orthotopic mouse models implanted with the human primary tumor-derived directly from patients, the so-called orthoxenografts, to test the therapeutic potential of KDM6 inhibitors in a physiological context. All animal experiments were approved by the IDIBELL Ethics Committee.

Researchers from the Josep Carreras Institute, ICO, IDIBELL, VHIO, and the University of Granada have participated in this study. Specifically, it has been coordinated by IDIBELL’s researcher Alberto Villanueva, head of the Tumor and Stromal Chemoresistance group of the Procure Program of IDIBELL and ICO, with the collaboration of Lourdes Farré, Agustín Vidal and Matías Guiu, from the Pathological Anatomy Service, and the medical oncologist at IDIBELL and ICO L’Hospitalet, Josep Ma Piulats.

The reported results can be useful for the stratification of tumors according to their genetic or epigenetic origin. Also, promote precision medicine development with high efficacy and low toxicity using a new set of epigenetic modulators as anticancer drugs for the future.