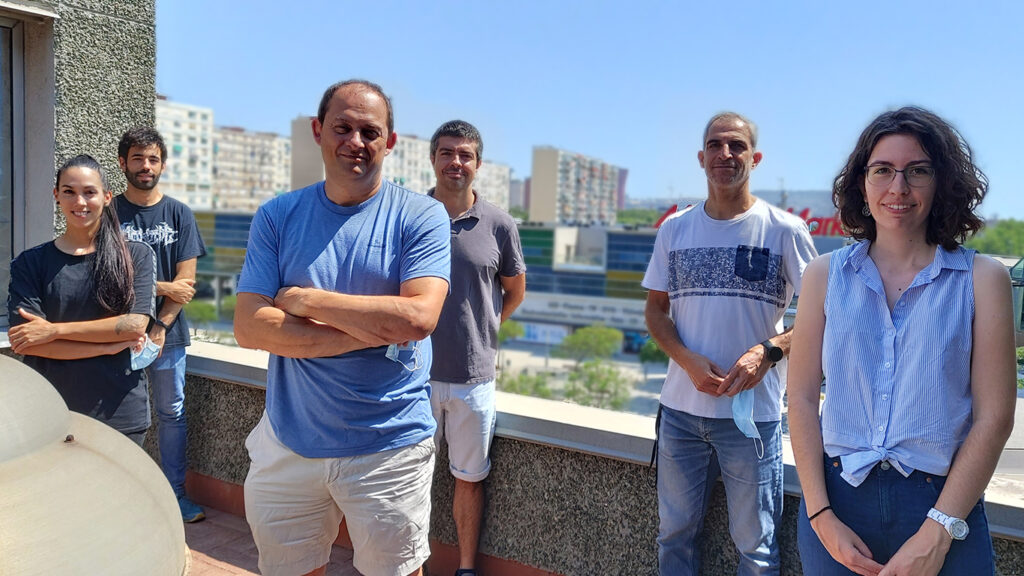 MLC is a genetic disease that affects the myelin of the central nervous system, the white matter. It is a type of leukodystrophy characterized by megalencephaly caused by an increase in brain water content. Patients have epilepsy, ataxia, and mild cognitive problems. This disease is caused by mutations in the MLC1 and GLIALCAM genes, which code for two membrane proteins of unknown function. Unfortunately, there is still no treatment.

A research group from IDIBELL, the University of Barcelona, ​​the Institute of Neurosciences of the UB, and the CIBERER, has published two articles that advance the understanding of the pathophysiology of MLC. These works describe several proteins that interact with GlialCAM, the mutated gene in patients with MLC.

First, an article published in the journal Neuron, led by Cagli Eroglu from Duke University, and in which Dr. Estévez’s team has participated, describes that the lack of the GlialCAM protein affects the location of the connexin 43, a protein that forms a strong union between astrocytes, the most abundant cells in the nervous system that support neurons. These alterations affect the structural organization of astrocytes and the couplings between them, affecting the balance between excitation and inhibition.

On the other hand, Dr. Estévez’s group has led a study published in the journal Human Molecular Genetics in which describes the proteins that interact with GlialCAM. Among them, different transporters, ion channels, and proteins related to adhesion and signaling have been described, for example, orphan receptors coupled to G proteins: GPR37L1 and GPRC5B. The researchers propose that GlialCAM associates with various cell membrane proteins to recruit and regulate their function, playing an important role in cell signaling.

Both works have jointly suggested that the function of the GlialCAM and MLC1 proteins would be to organize protein networks at the junctions of astrocytes, regulating neuronal development and activity. An astrocytic functional defect is implicated as a direct cause of neuropathology.

Share on Facebook
Share on Twitter
Share on Linkedin
Share on Email
Tweets by @idibell_cat
Tags: Genes, Disease and Therapy Program, Physiology and pathology of the functional relationship between glia and neurons , Translational Medicine Area,
Manage Cookie Consent
To provide the best experiences, we use technologies like cookies to store and/or access device information. Consenting to these technologies will allow us to process data such as browsing behavior or unique IDs on this site. Not consenting or withdrawing consent, may adversely affect certain features and functions.
Manage options Manage services Manage vendors Read more about these purposes
View preferences
{title} {title} {title}
Scroll to Top