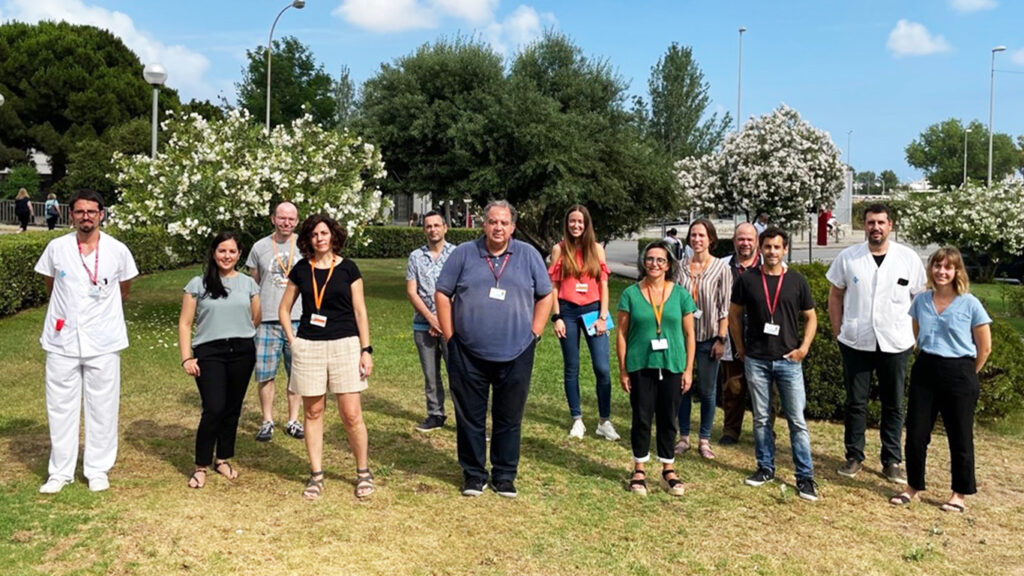 Older age, being a male, or suffering from certain chronic diseases such as diabetes or obesity has been linked to the development of severe forms of COVID-19. Now, a new study published in the journal Frontiers in Immunology has identified two new variants of the TLR7 gene that could predispose to severe COVID-19, and that would explain why some young men with no medical history develop severe pneumonia.

This study carried out by the Bellvitge Biomedical Research Institute (IDIBELL), the Catalan Institute of Oncology (ICO), the Bellvitge University Hospital (HUB), and the University of Barcelona (UB) with the Radboud University of Netherlands has analyzed the presence of deleterious variants of TLR7 gene in 14 young men, with no medical history, who had required artificial respiration to treat COVID-19. The complete sequencing of the TLR7 gene revealed that two of the patients had two new variants not yet described of the gene. In addition, the male brothers of these two patients also had the respective TLR7 variants and had suffered severe COVID-19.

These results support the use of genetic screening for mutations in the TLR7 gene in young men with no apparent risk factors for COVID-19. “Diagnosis of TLR7 deficiencies help us to choose the best treatment for the patient -says Dr. Conxi Lázaro, head of the Hereditary Cancer group at IDIBELL and the ICO and one of the project leaders-, and also, it helps to identify those presymptomatic patients at risk and to carry out premature therapeutic interventions“.

In July 2020, researchers described for the first time the relationship between mutations in the TLR7 gene and severe COVID-19 in two pairs of brothers (JAMA). These results were replicated in an Italian study in which they observed that 2.1% of men under the age of sixty with severe COVID-19 were carriers of pathological variants of TLR7, in contrast, these variants were not found in any mild or asymptomatic case (eLife).

Recently, the La Marató Foundation has granted this group from IDIBELL, ICO, HUB, and UB to continue studying risk factors associated with the most severe forms of COVID-19 in apparently healthy patients.

TLR7, the initiator of the immune response against the virus

TLR7 gene locates on the X chromosome, of which women have two copies and men only one, for this reason, alterations in the DNA sequence of this gene will affect only men.

“These findings reaffirm the key role of TLR7 in SARS-CoV-2 recognition and the initiation of an early antiviral immune response“, says Dr. Xavier Solanich, principal investigator at IDIBELL and specialist at the Internal Medicine Service of the Hospital de Bellvitge. TLR7 encodes for a receptor on the surface of immune cells that recognize and initiate the immune response against RNA viruses such as SARS-CoV-2.

This and previous studies of TLR7 variants have observed that deficiencies in the receptor affect the signaling of the interferon pathway. Mutations in the signaling pathway of this cytokine are also linked to the most severe cases of COVID-19.

Dr. Solanich and Dr. Xavier Corbella, both principal investigators of the Systemic and Aging Diseases research group of IDIBELL and specialists on HUB’s Internal Medicine Service, agree that now that we know better the molecular causes of why some young patients develop severe COVID-19, we can use more accurate personalized medicine strategies to manage the pandemic.