The immunological imprinting condition the response to SARS-CoV-2 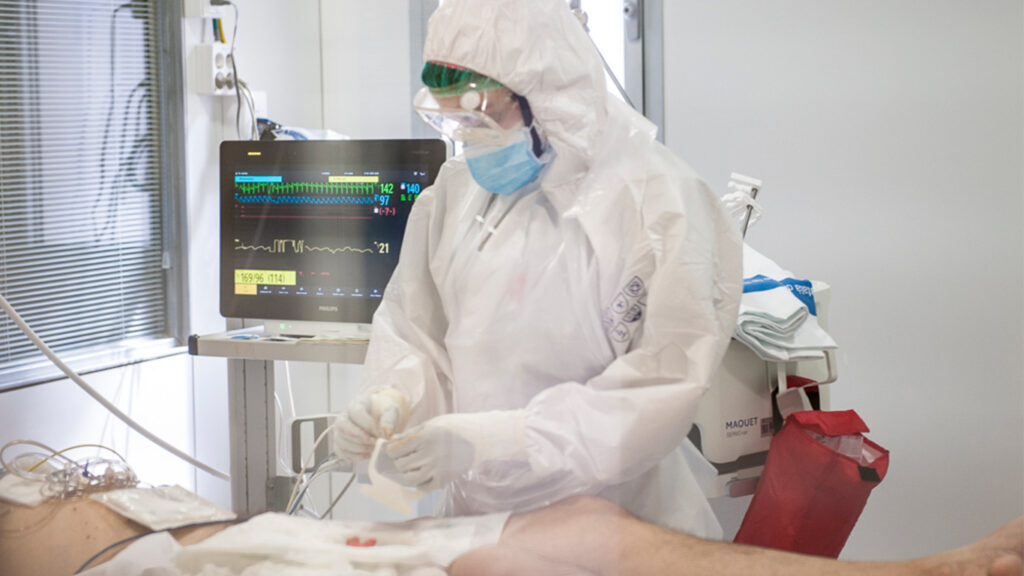 A study by IDIBELL, Bellvitge Hospital, and the Icahn School of Medicine at Mount Sinai, in New York, published in the journal Nature Communications, has shown for the first time that the phenomenon of immunological imprinting exists in the case of COVID- 19. This means that pre-existing immunity against other coronaviruses influences a possible immunity against SARS-CoV-2. This is important for new variants of SARS-CoV-2 management and the potential interaction with vaccination of the pre-existing immunity.

Many infections leave an immune imprint on people who have them. In some viruses the immunological memory influence and change the immune response in the subsequent infection with a new virus with similar characteristics. This process is known as immunological imprinting, and the influence can be protective or harmful. The phenomenon is very well described in influenza viruses and is also important in immune responses to vaccines.

The collaborative study has shown that severe patients take longer to produce neutralizing antibodies against SARS-CoV-2. Also, it has been observed that previous infections with some coronaviruses (betacoronaviruses OC43 and HKU1, but not alphacoronaviruses such as 229E) leave an immunological memory that conditions the antibody response against COVID-19. This influence is negative because patients with more prior immunity against OC43 and HKU1 betacoronaviruses took longer to develop neutralizing antibodies against SARS-CoV-2. However, it is not yet possible to accurately assess its clinical significance. As a second phase of the work, more patients have been recruited to corroborate the first results and to verify if there is a clinical correlation.

The study is a collaboration of the research group on respiratory infections and the immunocompromised host at IDIBELL and Bellvitge Hospital with a team of professionals from the Icahn School of Medicine at Mount Sinai in New York. Thirty-seven patients admitted for COVID-19 during the first wave of the pandemic at Bellvitge University Hospital were included. Blood samples were obtained after the first 24 hours of admission, after three days, at seven, and finally at 46 days. Thanks to the dynamic characterization of the humoral immune response (based on antibodies) of COVID-19, it was possible to evaluate the influence that the previous immunity of other coronaviruses (that cause the common cold) could have on the immunity against the COVID-19.