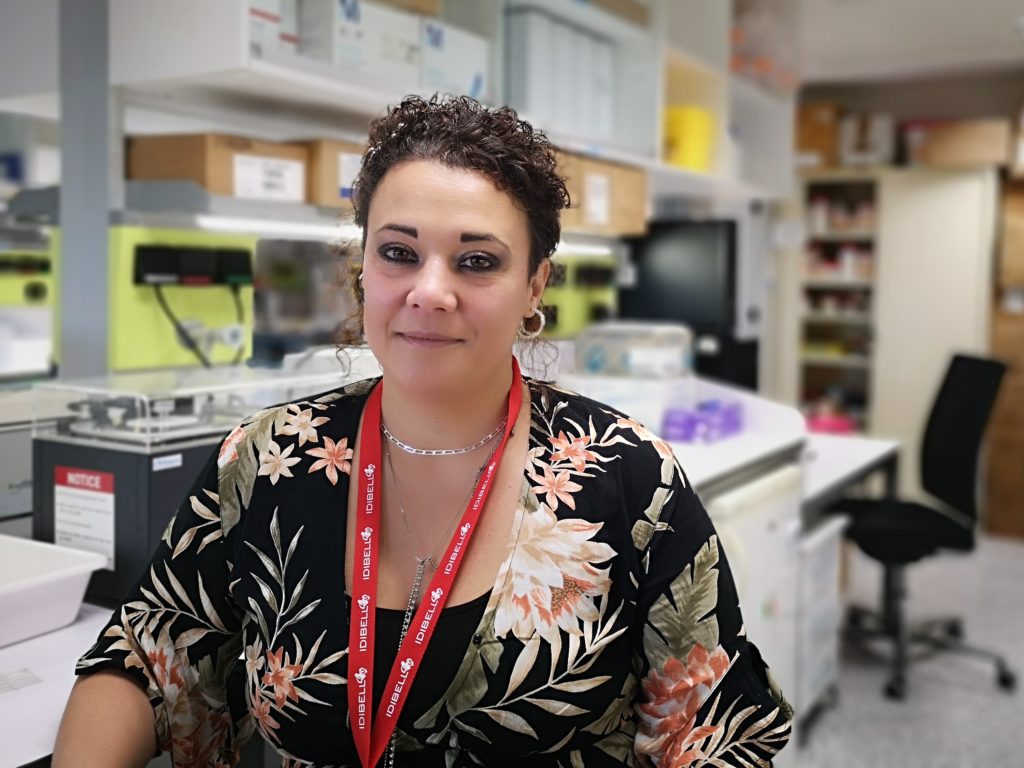 Dr. M. Carolina Florian, leader of the Stem Cell Aging group of the Bellvitge Biomedical Research Institute (IDIBELL) and the Regenerative Medicine Program of Catalonia (P-CMR [C]), has just received ERC Consolidator grant worth 2 million euros. The money will be used to study how chemotherapy in older people affects the maturation of bone marrow stem cells, as well as to seek new treatments that enhance this regeneration and help extend the life expectancy of patients.

Consolidator grants from the European Research Council (ERC) of the European Commission are aimed at researchers who have obtained their PhD between seven and twelve years ago and who want to become independent and stablish their own research group. These grants offer up to 2 million euros for 5-year projects in social sciences, engineering or biomedicine.

Hematopoietic stem cells are found mainly in the bone marrow and are those that, through the process of differentiation, end up forming the different types of blood and immune cells.

Unfortunately, chemotherapy, especially in older people, can affect the differentiation process of these cells, causing a reduction in the number of erythrocytes and lymphocytes, and can lead to anemia and a high sensitivity to infection. Despite the fact that chemotherapy has many benefits for older people: increased survival, improved quality of life and palliation of symptoms, these adverse effects on hematopoietic cells may force a reduction or interruption of treatment, with the consequent damage to the evolution of cancer.

In this sense, one of the most affected tissues during cancer treatment are the capillaries that carry nutrients and oxygen to the hematopoietic cells. Therefore, if they do not receive the adequate nutritional support, this will end up having an impact on their function. Dr. Florian’s project hypothesizes that chemotherapy in older people is affecting the stem cells responsible for regenerating these capillaries, which in turn would be affecting the hematopoietic stem cells that they are nourishing.

Through pharmacological treatments, Florian aims to rejuvenate the vascular cells to promote the regeneration of the capillaries and ensure a correct function of the hematopoietic cells. This strategy has the potential to end up meaning an increase in the survival of patients both directly, due to the better state of their defenses, and indirectly, since they could continue cancer treatment without these problems.

“This project aims to demonstrate that aging is a reversible process,” says Dr. Florian, and continues: “If we can improve the regeneration capacity of tissues in older people, we will have an impact on their quality and life expectancy.” Despite the fact that this project focuses on the study of a very specific population of stem cells, the researcher believes that the knowledge acquired can be applied to many other tissues.

In a first stage of the study, the intention is to define the level of regeneration of the blood vessels that nourish the hematopoietic cells after chemotherapy and to define which proteins are involved. For this, individual cell sequencing studies will be performed, as well as histological and functional studies in young and elderly mouse models after treatment. Transgenic mouse models, which do not have certain proteins, will also be used to determine the involvement of these molecules in the process. The data analysis will be done through algorithms created by deep learning and new analyzes using artificial intelligence will be implemented.

In the next stage, the aim is to define and refine the pharmacological treatment so that, in the future and by modulating intracellular signaling, it is possible to promote the regeneration of vascular tissue and consequently increase the survival of elderly patients after chemotherapy.

Share on Facebook
Share on Twitter
Share on Linkedin
Share on Email
Tweets by @idibell_cat
Tags: Regenerative Medicine Area, Regenerative Medicine Program, Stem Cell Aging,
Manage Cookie Consent
To provide the best experiences, we use technologies like cookies to store and/or access device information. Consenting to these technologies will allow us to process data such as browsing behavior or unique IDs on this site. Not consenting or withdrawing consent, may adversely affect certain features and functions.
Manage options Manage services Manage vendors Read more about these purposes
View preferences
{title} {title} {title}
Scroll to Top