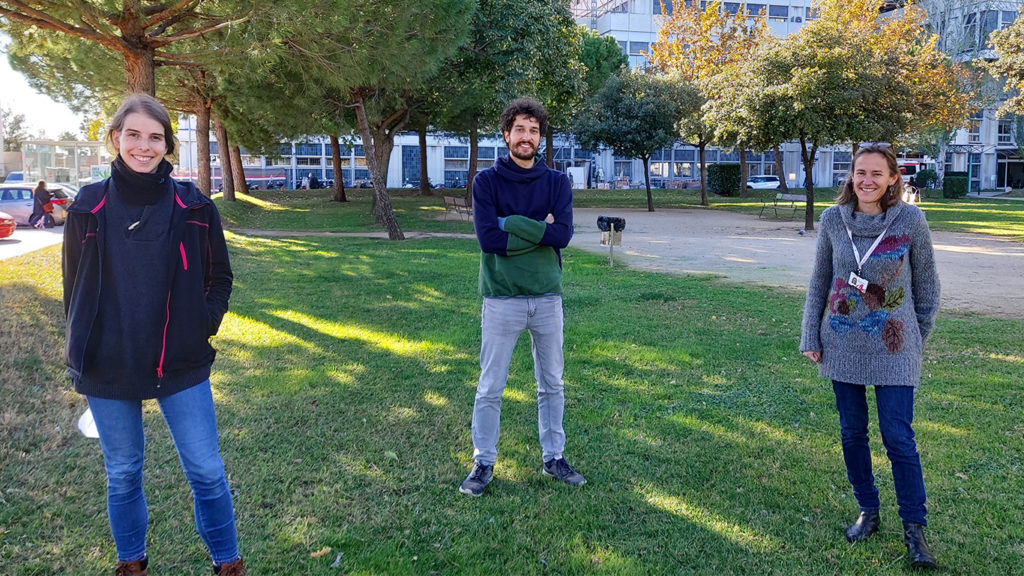 Despite the success of immunotherapy in the treatment of cancers such as lung or melanoma, it is still not effective in breast cancers for being “cold”, with low infiltration of immune cells. Tumors use strategies to evade immune surveillance by reducing the infiltration of cells that could attack them or by attracting immunosuppressive cells. These strategies can contribute to the poor prognosis observed in breast cancer of young women and make them unresponsive to immunotherapy. For this reason, the identification of a therapy that could convert immunologically “cold” tumors -in which immunotherapy is not effective- into “warm” tumors would represent an important step to increase the efficiency of immunological therapies for breast cancer, since these are based on the reactivation of immune cells to attack tumor cells.

In an article published today in the journal Nature Communications, the Transformation and Metastasis Group led by Dr. Eva Gonzalez-Suarez, first from the Bellvitge Institute for Biomedical Research (IDIBELL) and currently at the Spanish National Cancer Research Center (CNIO), proposes RANK signaling pathway as a key candidate to modulate the immune response in breast tumors. Furthermore, in collaboration with Dr. Christos Sotiriou, from the Jules Bordet Institute in Belgium, RANK pathway’s immunomodulatory activity has been confirmed in a clinical trial with premenopausal patients with luminal breast cancer, one of the most resistant types to immunotherapy.

The study reports that the inhibition of RANK protein promotes the recruitment of immune cells within the tumor in mouse models and in patients with breast cancer. In addition, tumors appear to be more sensitive to immunotherapy after inhibiting RANK pathway in tumor cells. These results suggest that this protein is playing an essential role in the communication between tumor and immune cells. Furthermore, they point to RANK pathway as a possible escape route of cancer cells against immunotherapy.

The clinical trial led by Dr. Sotiriou with cancer patients with premenopausal breast early stage showed that patients tolerate the administration of a monoclonal antibody that inhibits RANK, achieved good results enhancing infiltration of immune cells in tumors and identified biomarkers that could help select patients who would benefit from therapy.

The strength of this work lies in the fact that two independent studies, clinical trials and preclinical research, conclude that inhibition of RANK signaling enhances antitumor immune response.

Dra. González-Suárez indicates that “the monoclonal antibody being tested in this study is used routinely for the treatment of bone disease such as osteoporosis and bone metastases, but not for cancer treatment. Our results support the use of this antibody in combination with immunotherapy against breast cancer,” and adds: “this strategy could turn immunologically cold breast cancers into tumors sensitive to the immune system activity.”

The immune system, which recognizes foreign microorganisms, viruses and bacteria, and provides a response to destroy these disease-causing agents, plays a similar role in protecting the body against malignancies. Cancer cells express abnormal proteins that can be recognized by immune cells because they act as tags that allow the immune system to find and destroy those cells.

The presence of immune cells within the tumor, the so-called immune infiltration, is associated with a good prognosis. However, tumors have mechanisms that allow them to escape the immune responses that often prevent the development of malignant tumors, which means that immunotherapy is not yet fully effective in the treatment of various types of cancer. Studies like the one now published by IDIBELL and CNIO contribute to improving this promising strategy for cancer treatments.

The study has been funded by the Ministry of Science and Innovation, the Carlos III Health Institute, the European Research Agency, the European Regional Development Fund, the La Marató de TV3 Foundation, the National Fund for Scientific Research of Belgium, Televie, the US National Institute of Health, and Amgen.

Share on Facebook
Share on Twitter
Share on Linkedin
Share on Email
Tweets by @idibell_cat
Tags: Cancer, Molecular Mechanisms and Experimental Therapy in Oncology Program - Oncobell, Transformation and Metastasis,
Manage Cookie Consent
To provide the best experiences, we use technologies like cookies to store and/or access device information. Consenting to these technologies will allow us to process data such as browsing behavior or unique IDs on this site. Not consenting or withdrawing consent, may adversely affect certain features and functions.
Manage options Manage services Manage vendors Read more about these purposes
View preferences
{title} {title} {title}
Scroll to Top