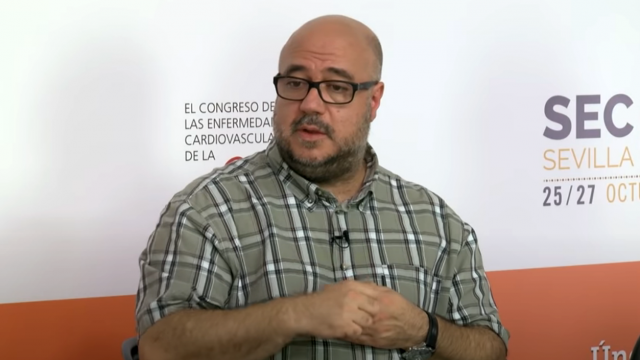 Dr. Josep Comín, head of the cardiovascular diseases group at IDIBELL and head of the cardiology service of the Bellvitge University Hospital (HUB), has participated in the “AFFIRM-AHF” study. This study evaluates the effect of treatment with iron carboxymaltose in hospitalizations for heart failure and on cardiovascular mortality in patients with iron deficiency, after their stabilization due to admission of acute heart failure.

Results, released simultaneously at the American Heart Association (AHA) 2020 virtual conference and in the journal The Lancet, show that patients who received the iron supplement were 26% less likely to be readmitted to the hospital for heart failure compared to the control group.

The study involved 1,108 patients from 15 different countries who were discharged after being hospitalized for acute heart failure and who had low iron levels detected during their hospital stay. The participants were divided into two groups, one received the iron treatment, and the other received placebo. After 52 weeks, those patients who had received the iron supplement were less likely to be admitted to the hospital again.