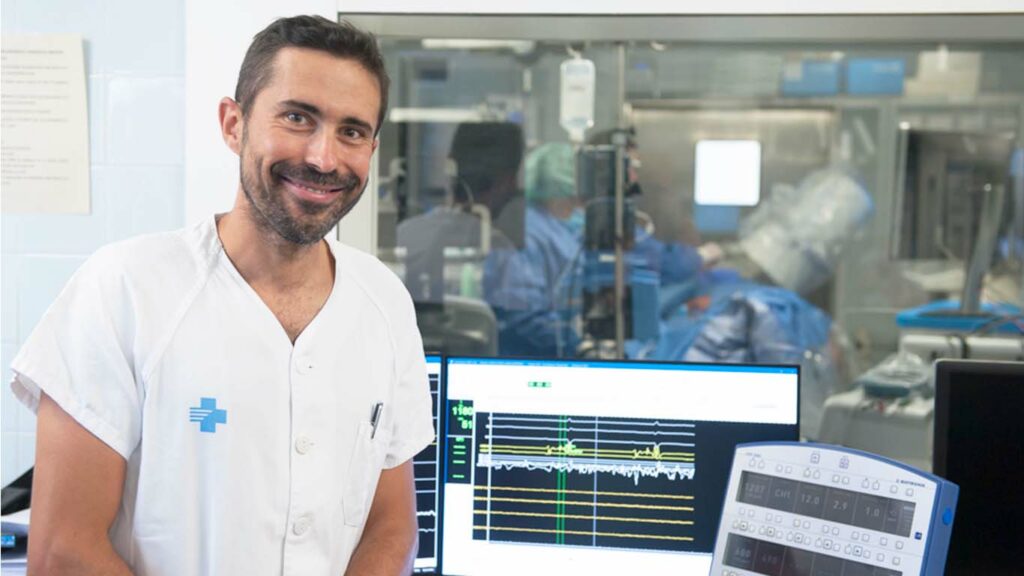 The results of the ARVCrisk.com calculator validation study have been published in the European Heart Journal. Among the co-authors is Dr. Andrea Di Marco, a postdoctoral researcher in the IDIBELL cardiovascular diseases group and associate physician in the Arrhythmia Unit of the HUB Cardiology Service.

“We offered an important contribution to obtain such a large sample of patients, something quite exceptional since it is a relatively rare disease,” explained Di Marco.

ARVC is a type of genetically based cardiomyopathy characterized by dysfunction of the right ventricle, although the involvement of both ventricles is increasingly recognized. It is also characterized by the presence of life-threatening ventricular arrhythmias, sudden death could be the first manifestation of the disease.

External validation confirms that the evaluated model has a good predictive capacity for ventricular arrhythmias and sudden death. Therefore, “the ARVCrisk calculator can be used as a guide for making relevant clinical decisions, such as the implantation of a cardioverter-defibrillator (ICD) for primary prevention in patients with ARVC,” says Dr. Di Marco.

In parallel, the IDIBELL team has actively collaborated in the preparation and execution of another project with the same cohort of patients, currently in the statistical analysis phase.