The study of genetic variants for the early detection of colorectal cancer: current state and future perspectives 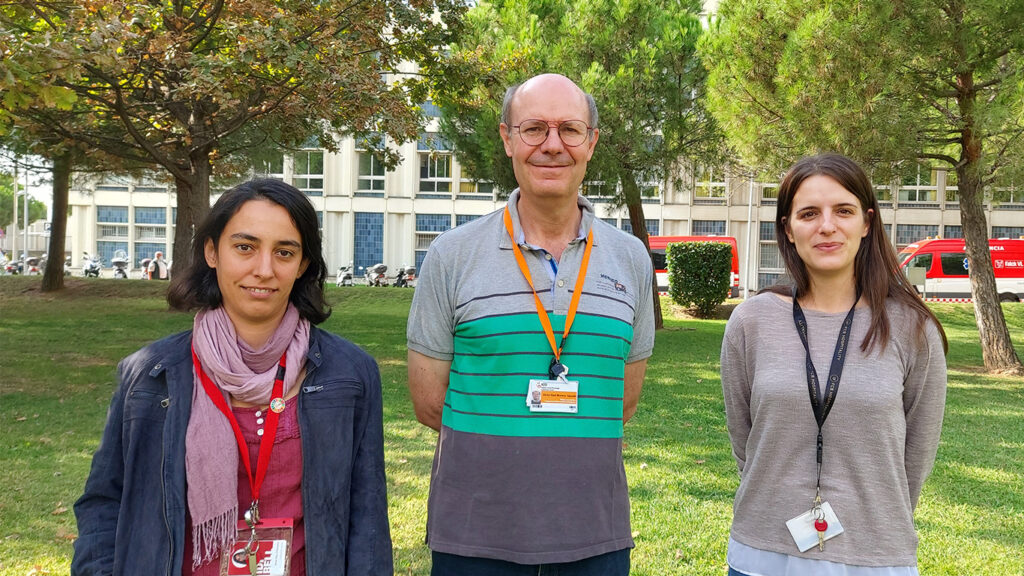 Colorectal cancer is the third most frequently diagnosed and the second deadliest worldwide. The early detection of still-benign polyps or initial-stage tumors is essential to reduce this cancer type’s incidence and mortality, hence the importance of a periodic follow-up.

Over the last years, the advance in genomic and molecular techniques enabled the identification of a wide spectrum of genetic variants linked to a higher susceptibility to colorectal cancer. Nowadays, we are able to evaluate someone’s disease risk by examining the amount and type of genetic variations that they display.

The research team on Colorectal Cancer of the Bellvitge Biomedical Research Institute (IDIBELL) and the Catalan Institute of Oncology (ICO), carried out an investigation to determine whether these genetic variants analysis can be useful for improving colorectal cancer early detection programs and helping in future decisions.

Dr. Victor Moreno, group head in IDIBELL and ICO, professor in the University of Barcelona and member of the CIBERESP, says that “to this day, these genetic analysis have been carried only in patients who were already diagnosed with cancer; in order to use these tools in prevention and early detection, it is necessary to prove their efficacy in earlier stages”. He goes on, “genetic variants could be used as a complement to screening to prioritize more invasive techniques, such as colonoscopies, only in patients at high risk of disease”.

Nevertheless, the results of the study, published in BMC Medicine, show that describing these genetic variants, although very useful for determining the risk of developing colorectal cancer, do not provide yet enough value to models so to implement them in daily practice. This study has been possible thanks to the funding and help of the Spanish Association Against Cancer (AECC).

“Essays with larger number of patients would be needed, where more variants will be analyzed so to tell if these predictions, elaborated from sequencing the genome of patients, are useful as a tool for screening and early detection of colorectal cancer”, affirms Dra. Mireia Obón, researcher at IDIBELL and ICO and first author of the study.

One of the most common follow-up tools for the early diagnosis of colorectal cancer is the fecal occult blood test.

This study included more than 3600 patients, and 1600 out of them were participating in a colorectal cancer screening program using fecal occult blood test. The patients from this program were divided into two groups, those with a healthy colon or with low-grade lesions, and those who were in more advanced stages, with high-grade lesions or cancer.

Researchers analyzed the genetic variants of these two groups looking for patterns that could describe them. Even though having a larger amount of genetic variants was associated with a higher risk of suffering from high-grade lesions or colorectal cancer, the patterns of genetic variants obtained from the two groups did not allow the distinction of patients with high-grade lesions or cancer with enough precision, and neither did it help in the clinical decision after a positive fecal occult blood test. The analysis included 137 genetic variants linked to colorectal cancer, but there are still many to discover and maybe, if more of them are described, genetic susceptibility could be better explained and used to improve early detection.