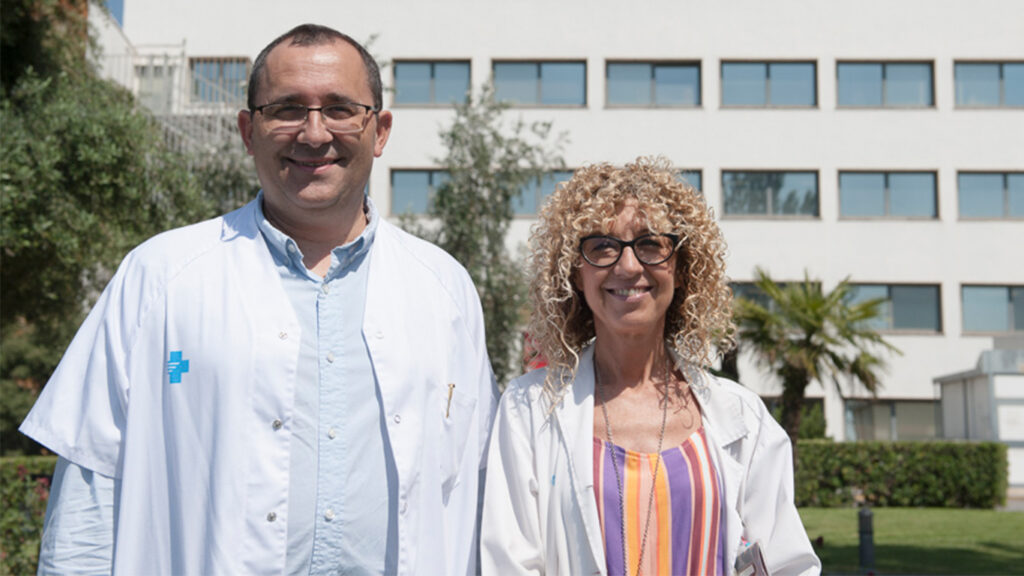 Suicide has become a global public health problem, it is one of the leading causes of death with almost one million cases a year worldwide. It is estimated that between 0.5 and 5% of the population will attempt suicide throughout their lives. Among the risk factors we find mainly some psychiatric disorders, such as schizophrenia, endogenous depression or eating disorders, but sleep disorders, smoking or stressful situations also play an important role, and all of these factors can be conditioned by genetics.

The genome-wide analysis of more than half a million people has identified two new genetic variants associated with suicide attempts. These variants correspond to a gene that encodes an important receptor on the immune system and a region with a still unknown function. The results have been published in the journal Biological Psychiatry.

The study by the Internatinal Suicide Genetics Consortium, that benefit from the participation of Dr. Fernando Fernández-Aranda and Dra. Susana Jimenez-Murcia, principal investigators of the Bellvitge Biomedical Research Institute (IDIBELL), head of the Eating Disorders Unit at Bellvitge University Hospital and of the Behavioral Addictions Unit respectively, PI and co-PI of the CIBEROBN (ISCIII Obesity and Nutrition Network of Excellence), and teachers at Barcelona University, shows that the variant located in the region of unknown function contributes to the genetic responsibility of suicide without being related to any psychiatric disorder. Vall d’Herbón University Hospital also participates in the study.

Dr. Fernández-Aranda points out: “It is very important to keep in mind that disentangling the genetic risk soon does not enable us to predict the risk of suicide, it would be very premature. We still lack information in order to use these results in clinical practice, to do so now, could be dangerous for patients”.

Shared and unshared genetics of suicide and psychiatric disorders

According to the existing studies, it is believed that between 17% and 55% of the risk of suicide would have a genetic etiology, and, therefore, could be inherited from parents to children. This share would be partially related to the heritability of psychiatric disorders, but another part, still undetermined, could be related to other risk factors yet to be determined, such as environmental factors and personality traits.

The large sample size of this study has made it possible to reveal that the genetic contribution of suicide attempts, not related to psychiatric disorders, is associated with other risk factors such as insomnia, smoking or the tendency to take risks.

“Knowing which genes are related, and whether these genes are also involved in other diseases, allows us to gradually depict the map of biological mechanisms associated with suicide attempts. The information we extract from this and future studies will help us evaluate its clinical utility”, concludes Dr. Fernández-Aranda and Dra. Susana Jimenez-Murcia.