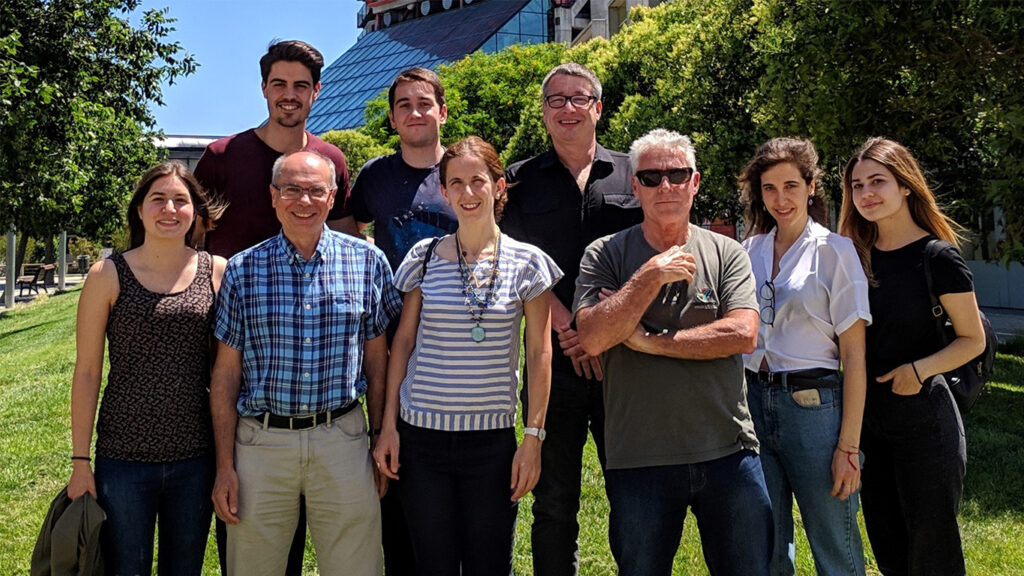 The Apoptosis and Cancer team of IDIBEL, led by Dr. Joan Gil, professor in the Department of Physiological Sciences of the Faculty of Medicine and Health Sciences of the University of Barcelona, ​​has shown that the compound fluorizoline inhibits the degradation of the mitochondria. The group had previously described that fluorizoline, synthesized by Dr. Rodolfo Lavilla’s group from the Faculty of Pharmacy of the University of Barcelona, ​​induced apoptosis in tumor cell lines and primary tumor cells of human leukemias and lymphomas. Now, this new study shows that it also can inhibit the degradation of mitochondria, which converts it into a promising antitumor agent.

The degradation of mitochondria, also referred to as mitophagy, is an intrinsic process of the cell by which damaged mitochondria are eliminated and recycled, ensuring the integrity and proper functioning of the cell. Several studies have suggested that mitophagy inhibitors, combined with conventional cancer treatments, could improve the effectiveness of chemotherapy.

Recent studies had shown that prohibitin, the protein fluorizoline binds to, is involved in mitophagy. The results of Dr. Gil’s team in collaboration with the Inserm group of Dr. Jean-Ehrland. Ricci and Dr. Sandrine Marchetti from C3M in Nice, published in the journal Oncogenesis, show that fluorizoline not only binds prohibitins but also stops the degradation of mitochondria in various tumor cell types.

These results are part of the Doctoral Thesis of Sonia Núñez-Vázquez, co-directed by Dr. Gil and Dr. Daniel Iglesias-Serret, professor at the University of Vic. This research has been funded by the Ministry of Science and Innovation and ERF (SAF2017-83178-R).

Share on Facebook
Share on Twitter
Share on Linkedin
Share on Email
Tweets by @idibell_cat
Tags: Apoptosis and Cancer, Cancer, Molecular Mechanisms and Experimental Therapy in Oncology Program - Oncobell,
Manage Cookie Consent
To provide the best experiences, we use technologies like cookies to store and/or access device information. Consenting to these technologies will allow us to process data such as browsing behavior or unique IDs on this site. Not consenting or withdrawing consent, may adversely affect certain features and functions.
Manage options Manage services Manage vendors Read more about these purposes
View preferences
{title} {title} {title}
Scroll to Top