miR-424~503, a group of microRNAs that control the development of a type of breast cancer 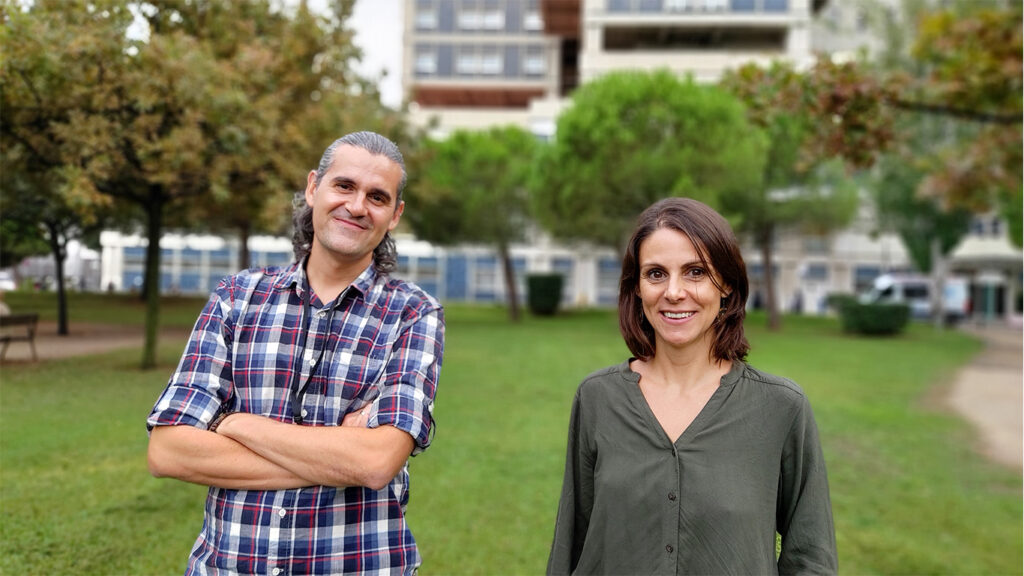 Female mammary glands are organs in constant change. The expansion and regression of these glands’ epithelium is determined by ovarian hormonal variations. These cycles are highly regulated in space and time, as small misalignments can lead to very serious pathological consequences. In this sense, the Wnt/β-catenin signalling pathway plays a very important role: it is a pathway that, among other functions, regulates the proliferation of the mammary epithelium. Thus, its aberrant activation may promote breast cancer development.

Dr. Ruth Rodríguez-Barrueco and Dr. David Llobet-Navàs of the IDIBELL Gynecological Cancer Research, jointly with Dr. Jose Silva, of the Icahn School of Medicine at Mount Sinai (New York), and Dr. Jiyang Yu, of the St. Jude Children’s Research Hospital (Memphis), have discovered that those breast tumors characterized by an activation of the Wnt/β-catenin pathway frequently display alterations in a group of microRNAs.

Previous studies by the same team had described that this group of microRNAs, the miR-424~503 cluster, was acting as a tumor suppressor in breast cancer. This new study published in EMBO Reports indicates that this antitumor effect would be partially given by its role in the regulation of the Wnt/β-catenin pathway.

“Understanding why tumors are generated, the underlying molecular mechanisms and the role each one plays gives us a wider perspective – says Ruth Rodríguez-Barrueco, principal investigator of the IDIBELL and the University of Barcelona -. A perpective that allows us to continue exploring new therapeutic targets that we can modulate in order to obtain more effective treatments with less side effects for patients”.

MicroRNAs are small fragments of nucleic acids that specifically regulate the expression of certain genes. “We have observed that microRNA miR-424 and miR-503 block the synthesis of an essential receptor for the Wnt/β-catenin signaling pathway. This is a strategy of the breast epithelial cells to regulate cell proliferation” says Dr. David Llobet-Navàs, also principal investigator at IDIBELL and member of CIBERONC. “With this study we propose that when this microRNA group disappears, there is no brake on cell proliferation in the breast epithelium, and, therefore, the uncontrolled growth and the appearance of possible tumors are promoted“.

For this research, the team has used a mouse model that does not express the microRNAs miR-424~503. Researchers have observed that the females that do not express these microRNAs develop more frequently tumors in the mammary gland characterized by an overactivation of the Wnt/β-catenin pathway.