This new rare disorder causes a range of symptoms including global delay in brain development, epilepsy, and defects in myelin and the immune system.

The study has identified mutations of this gene in ten families and biochemical studies in the laboratory have confirmed that these variants are responsible for the symptoms.

Possible treatments have already been tested through massive drug analyzes, which will then be tested in mini-brains generated from cells of the patients. 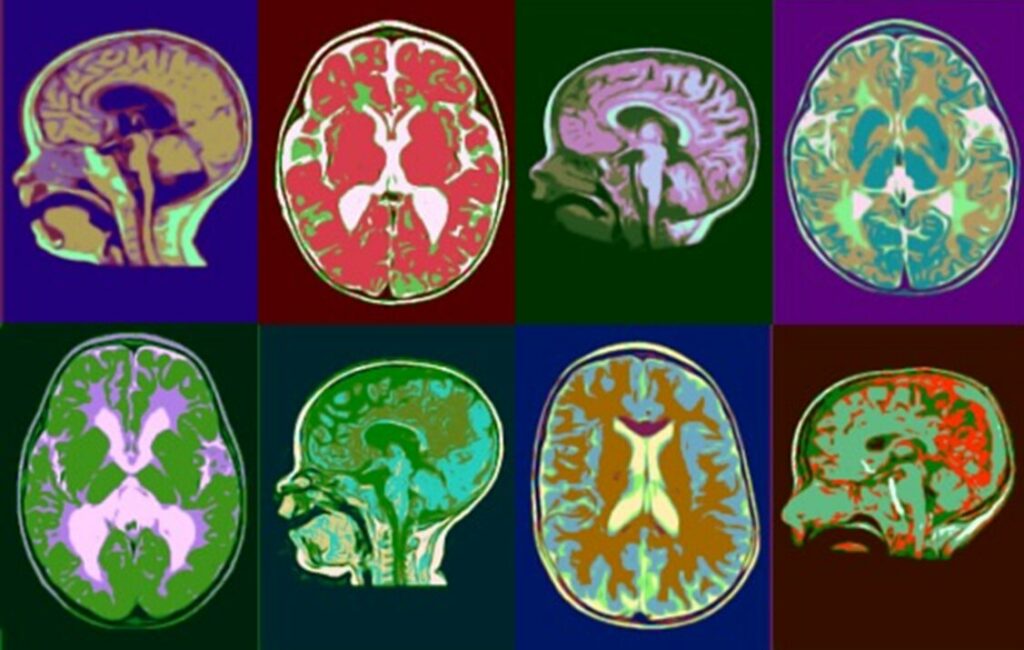 Neurodevelopmental disorders are very common and can affect up to one in 100 children. There are serious ones, such as autism or cerebral palsy, and milder ones, even that do not generate symptoms. Unfortunately, many remain undiagnosed as their genetic basis is unknown.

Now, an international team led by IDIBELL has identified the mutations that cause a new disorder that, although not very common, could be affecting hundreds of people around the world. In this case, the gene involved, PI4KA, is a key element in the metabolism of essential lipids in brain development, inositols, and the mutations would cause a serious neurological and immune system disorder for which diagnostic tools were not available until now.

The study, led by the ICREA researcher and geneticist and head of the Neurometabolic Diseases group at IDIBELL Aurora Pujol, has diagnosed ten patients affected by this new disease and has found the responsible gene by sequencing their genome. The results have been published in the leading neuroscience journal Brain. Of these cases, four were from Spain, two children and two adults, and the others from prestigious international centers such as the Broad Institute in Boston or the National Human Genome Research Institute in Bethesda, and the symptoms ranged from global delay in neurodevelopment and intellectual deficit, often with epileptic seizures, up to a simple limp.

Just as this team did to identify the SHMT2 gene as the cause of a new genetic disease of the heart and nervous system, they have used genomic medicine strategies. As on that occasion, they have used bioinformatics tools and global patient databases with the GeneMatcher platform, a tool for exchanging mutations and symptoms, to find more similar cases and to be able to confirm and enrich the study.

According to Dr. Pujol, also head of the U759 group at CIBERER, the gene involved “is very important for the formation of myelin, a vital substance for conducting electrical impulses between neurons.” And she continues: “An incorrect myelination means that the nerves cannot direct signals well to the brain or vice versa, as occurs in multiple sclerosis, and that, for example, messages such as moving a leg cannot be sent correctly.”

In addition, it has been possible to demonstrate through bioinformatic simulations and functional studies with biochemical techniques in the laboratory that these mutations would be damaging the PI4KA protein, thus reinforcing the cause-effect relationship.

“This finding will allow to identify many more cases of people with similar symptoms but who until now remained undiagnosed and opens the door to find a treatment for these people,” says Dr. Pujol, who also highlights the work of Dr. Alfons Macaya, study co-author and clinician who follows one of the patients at the Vall d’Hebron Hospital.

In this sense, the team of researchers has already begun to collaborate with the Broad Institute of Boston to identify potential drugs using massive analysis tools. “The problem lies in the fact that until now all the alterations related to this gene were due to an excess of activity and therefore all the compounds that are available reduce its effects while now what we need is to enhance them”, explains Dr. Pujol.

Once a molecule that can potentially fight the disease is identified, preclinical studies will be carried out using mini-brains created from pluripotent cells derived from these patients, which have already been generated by the IDIBELL Regenerative Medicine program in collaboration with Dr. Angel Raya, also an ICREA researcher, and Dr. Antonella Consiglio, an expert in mini-brains, both professionals from IDIBELL. “This will speed up the drug development process, reduce the studies with mice and have a much greater probability of success in clinical trials since we will be able to reproduce very faithfully in the laboratory what is happening in the bodies of these patients”, concludes the Dra. Pujol.

This project has been funded by the La Marató de TV3 Foundation, the PERIS-URDCat Genomic Medicine project of the Generalitat Health Department, the Hesperia Foundation, the Ministry of Health and the CIBERER rare disease research network.