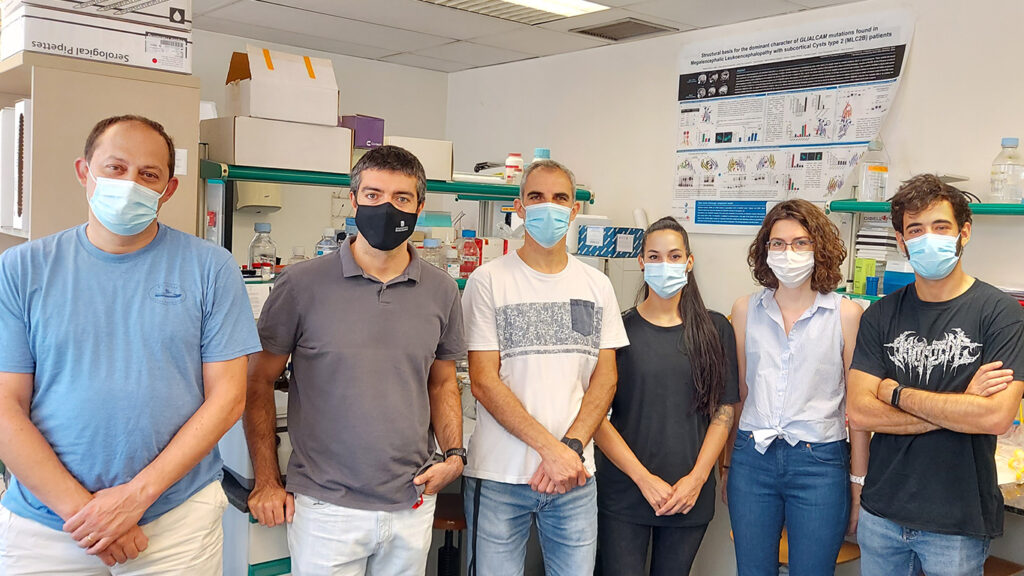 Raúl Estévez, head of the research group in physiology and pathology of the glial-neuron functional relationship at IDIBELL, the University of Barcelona, ​​the Institute of Neurosciences of the UB, and also a member of  CIBERER network, has participated in two investigations that identify the genes responsible for two types of diseases that affect brain development.

Dr. Estévez also has participated in research coordinated by Pankaj B. Agrawal, from Boston Children’s Hospital, published in the American Journal of Human Genetics. In this study, they have identified mutations in the CLCN3 gene, which codes for a chloride transporter in endosomes, in eleven patients with different degrees of impairment in brain development. The results show that some of the mutations that affect a single chromosome copy cause a functional gain. However, one patient showed two mutations that lead to a loss of function. Therefore, both the gain and loss of function of the ClC-3 transporter have consequences on the development of the brain.

On the other hand, Raúl Estevez and Alfons Macaya, from Vall d’Hebron, have led a study published in the journal Human Mutation that has identified mutations in patients with brain development problems in the CHRM1 gene, which codes for the muscarinic receptor M1, a receptor on the surface of neurons. Researchers have observed that mutations in this receptor make the protein unstable, leading to reduced signaling.

Share on Facebook
Share on Twitter
Share on Linkedin
Share on Email
Tweets by @idibell_cat
Tags: Genes, Disease and Therapy Program, Physiology and pathology of the functional relationship between glia and neurons , Translational Medicine Area,
Manage Cookie Consent
To provide the best experiences, we use technologies like cookies to store and/or access device information. Consenting to these technologies will allow us to process data such as browsing behavior or unique IDs on this site. Not consenting or withdrawing consent, may adversely affect certain features and functions.
Manage options Manage services Manage vendors Read more about these purposes
View preferences
{title} {title} {title}
Scroll to Top