New advances in the characterization of the minority disease Limfangioleiomyomatosis 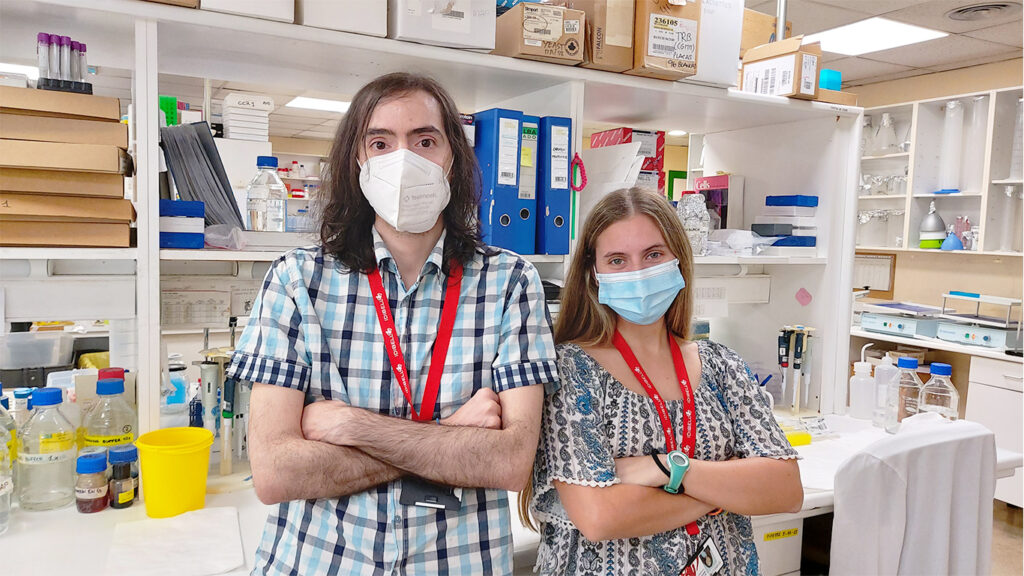 Limfangioleiomyomatosi (LAM) is a rare disease that almost exclusively affects women. This disease characterizes by the proliferation of epithelial and spindle cells that can damage the lung tissue, and even, in the most severe cases, cause respiratory failure. Empirically, LAM is defined as a low-grade neoplasm with metastatic capacity, since pathological cells present fundamental features of cancer such as: continued proliferation, resistance to death-inducing mechanisms, tissue migration and invasion, and evasion of the immune system.

A team led by Dr. Miquel Àngel Pujana, head of the Breast Cancer research group of the Oncobell and ProCure program at IDIBELL and ICO, has used the gene and protein expression profiles of LAM cells and tissues to determine the biological characteristics that would explain the high inter- and intra-patient heterogeneity. The study has identified similarities to cancer that indicate the possible origin of LAM and indicate biomarkers of disease progression.

The study published in the journal Molecular Cancer Research shows that different LAM cell subtypes differ in gene expression profiles related to hormonal signaling, metabolism, proliferation, and differentiation. Researchers have identified at least two subtypes of pathologic cells in the lungs of LAM patients. “These subtypes may respond differently to the standard treatment for the disease, rapamycin, -says Dr. Pujana-, however, additional studies are required to corroborate it“.

On the other hand, the analysis suggests that the variability between patients could be due to how the immune system is related to the disease. In the study, they have identified two types of lung lesions that are differentiated by immune factors, this, according to Dr. Pujana, could also influence the response to treatment. However, again, further analysis would be necessary to confirm this.

This work has been possible thanks to the participation of the LAM patients and the support obtained by the collaboration agreement established between the ICO, IDIBELL and the Spanish Association of LAM (AELAM; https://www.aelam.org/).