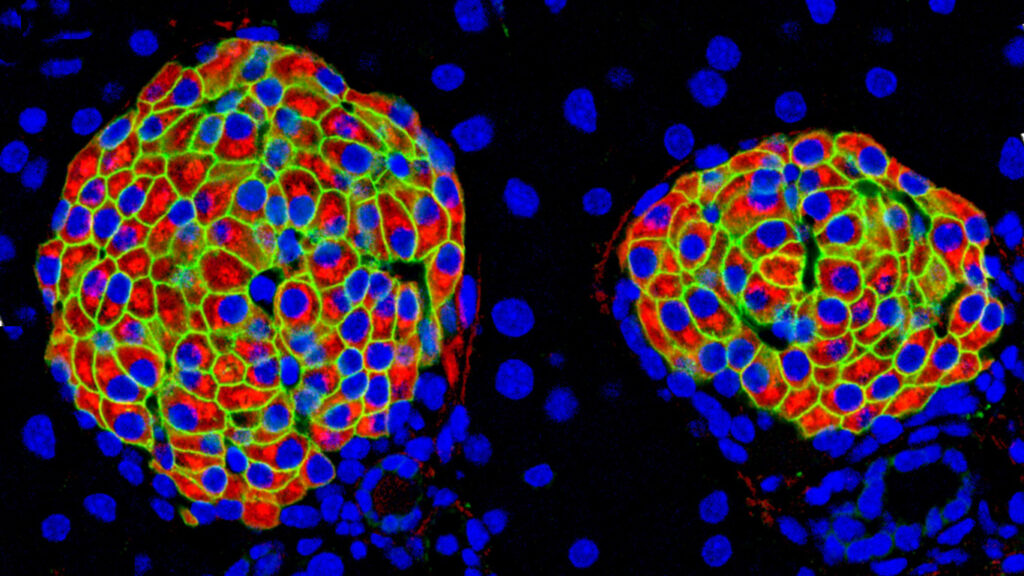 A research team has uncovered the role of a gene that is critical to boosting the number of insulin-producing cells during the early development of the pancreas. The findings could bolster diabetes research efforts and eventually lead to new replacement therapies for the disease. The findings are published in the journal Genes and Development.

Researchers at the Bellvitge Biomedical Research Institute (IDIBELL), the Centre for Genomic Regulation (CRG) and the University of Barcelona studied the RE1 Silencing Transcription Factor gene, also known as REST, in mouse and zebrafish models as well as in human pancreatic organoids. Researchers have previously suspected a role for this gene in pancreas development, though studies so far have been inconclusive.

They found that REST is expressed in embryonic pancreatic cells which are yet to differentiate, also known as progenitor cells, as well as in adult cells which form the pancreatic duct. The researchers did not detect REST activity in adult beta-cells that produce insulin.

Experiments with mouse models revealed that knocking the REST gene out at the early embryonic stage, before the pancreas is formed, resulted in doubling the number of insulin-producing cells. The cells were maintained into adulthood, with all mice showing normal weight. Further experiments using zebrafish models found similar boosts to beta-cell formation.

“Though important for the development of the pancreas, we have shown that REST is not the sole guardian of endocrine differentiation. However, if one day we come up with a future cocktail of drugs to boost insulin-producing cells in the pancreas, I suspect that REST inhibitors would be part of the recipe. We are now testing whether REST inhibitors can be used to artificially boost the formation of beta cells in a dish,” says Jorge Ferrer, senior author of the study and Group Leader of the Regulatory Genomics and Diabetes at the CRG.

New therapies and treatments that can boost or replace the number of insulin-producing beta cells in the pancreas would transform the treatment of diabetes, which affects over 400 million people worldwide. For people with type-1 diabetes, the only alternative treatment to daily insulin shots are transplantations, requiring potential side effects through taking immunosuppressant medication and hampered by a shortage of organ donors. Being able to boost existing numbers directly in the pancreas would circumvent many of these hurdles.

“REST joins a very short list of dominant suppressors of endocrine differentiation during pancreas development,” says Meritxell Rovira, co-author of the study and researcher with joint affiliation with IDIBELL and the University of Barcelona. “REST modulators will most likely play an important role for future manipulations to promote endocrinogenesis in experimental model systems or replacement therapies for diabetes.”

Share on Facebook
Share on Twitter
Share on Linkedin
Share on Email
Tweets by @idibell_cat
Tags: Pancreas regeneration: pancreatic progenitors and their niche, Regenerative Medicine Area, Regenerative Medicine Program,
Manage Cookie Consent
To provide the best experiences, we use technologies like cookies to store and/or access device information. Consenting to these technologies will allow us to process data such as browsing behavior or unique IDs on this site. Not consenting or withdrawing consent, may adversely affect certain features and functions.
Manage options Manage services Manage vendors Read more about these purposes
View preferences
{title} {title} {title}
Scroll to Top