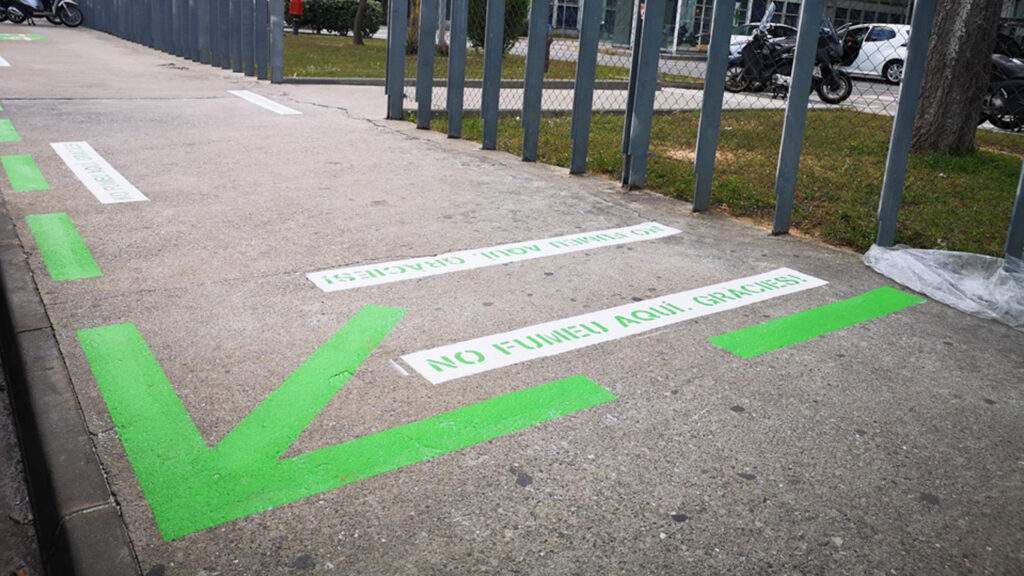 On Monday, May 31, is celebrated the World Free Tobacco Day. Coinciding with this anniversary, the campaign “Let’s push tobacco away”, promoted by the Catalan Network of Smoke-Free Hospitals together with the Public Health Agency of the Generalitat de Catalunya, will be launched. The new signaling for the campaign will be installed today in the Duran i Reynals Hospital building, where are promoted tobacco control policies.

The aim of this new campaign is to take a step forward to move tobacco away from the hospital environment, as a complementary measure to the tobacco law, for the protection of people against environmental tobacco smoke. The aim is to raise awareness among patients, visitors and professionals about the effects of their consumption, as well as to strengthen the professionals in our environment on the exemplary role we have as health-promoting agents. In addition, we want to solve the problem of butts, which soil and contaminate the floor and the image of the health center.

Along with other centers affiliated with the XCHsF, this campaign will be implemented around Smoke-Free Week (May 25-31).

What does this campaign want to achieve?

What actions will be carried out in the Duran i Reynals Hospital building?

Specifically, the signaling in the access areas to the Duran i Reynals Hospital will be installed, the perimeter where it is recommended not to smoke will be delimitated, and the ashtrays will be renovated. Also, it will give information to raise awareness among professionals about their role by recommending not going out to smoke with work clothes and disseminating the campaign on social media.