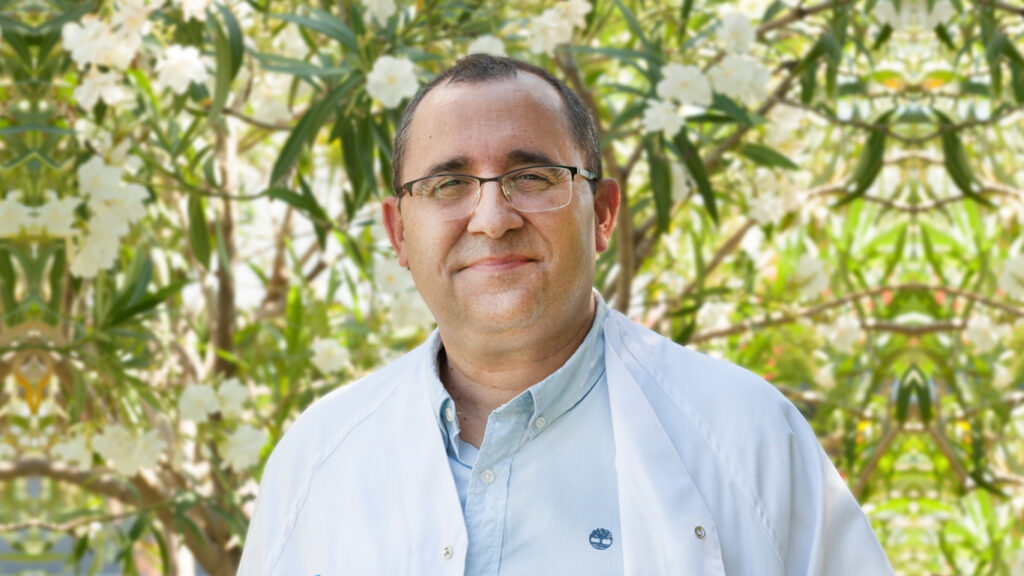 Today the Delegate Committee has approved to transfer to the Board of Trustees of the Bellvitge Biomedical Research Institute (IDIBELL) the nomination of Fernando Fernández-Aranda as IDIBELL’s Scientific Director. Dr. Fernández-Aranda is a specialist in clinical psychology and a renowned researcher in the field of eating disorders. Currently, he is a principal investigator of the IDIBELL Neuroscience program.

Fernando Fernández-Aranda is a specialist in clinical psychology and Director of the Eating Disorders Unit of the Department of Psychiatry of the Bellvitge University Hospital and principal investigator of the IDIBELL’s Psychiatry and Mental Health group. In addition, he is a Distinguished Professor in the Department of Clinical Sciences of the Bellvitge Campus of the Faculty of Medicine and Health Sciences of the University of Barcelona (UB) since 2020. Fernández Aranda graduated in Psychology from the UB in 1990. Later, he did his doctoral thesis in Psychology at the University of Hamburg, where he was working and researching for five years. Since then, he has served as visiting professor at various international universities, has given hundreds of lectures around the world, has published more than 390 scientific papers, and has received several international awards for his research and innovation. Dr. Fernández-Aranda has been principal investigator in more than 20 national projects and, he is group leader and coordinator of the Obesity Subprogram of the CIBER of Physiopathology of Obesity and Nutrition (CIBERobn). Since January 20219 he is the President of the Research Committee of the Bellvitge University Hospital, a position that he left coinciding with this new position at IDIBELL. His research work has had an international impact since he has participated as principal investigator in more than ten international competitive multicenter projects. Also, currently, he is the editor-in-chief of the journal European Eating Disorders Review. He has been president of the World Society for Research in Eating Disorders and is Co-Director of the Eating Disorders Section of the World Psychiatric Association (WPA).

The new director will replace Dr. Josep Manuel Menchón, who has been IDIBELL’s Scientific Director since 2012 and to whom the members of the board of trustees have expressed their gratitude for his work during these years. The Scientific Director has been a pillar of the institute in the last nine years, in a period of many changes that have culminated in the creation of the REGENBELL Program as a result of the integration of the CMRB. The nomination of Dr. Fernández Aranda will be an opportunity to continue the excellent work of Dr. Menchón addressing the new scientific challenges facing our institute.

Share on Facebook
Share on Twitter
Share on Linkedin
Share on Email
Tweets by @idibell_cat
Tags: Psychoneurobiology of Eating and Addictive Behaviours, Sin categorizar,
Manage Cookie Consent
To provide the best experiences, we use technologies like cookies to store and/or access device information. Consenting to these technologies will allow us to process data such as browsing behavior or unique IDs on this site. Not consenting or withdrawing consent, may adversely affect certain features and functions.
Manage options Manage services Manage vendors Read more about these purposes
View preferences
{title} {title} {title}
Scroll to Top