60% of Covid-19 inpatients develop neurological symptoms and 12% of post-Covid patients have neurological sequelae, according to a panel discussion at the 2nd Covid-19 Multidisciplinary Congress moderated by Dr. Pere Cardona, principal investigator at IDIBELL and coordinator of the Neurovascular Unit at the HUB. 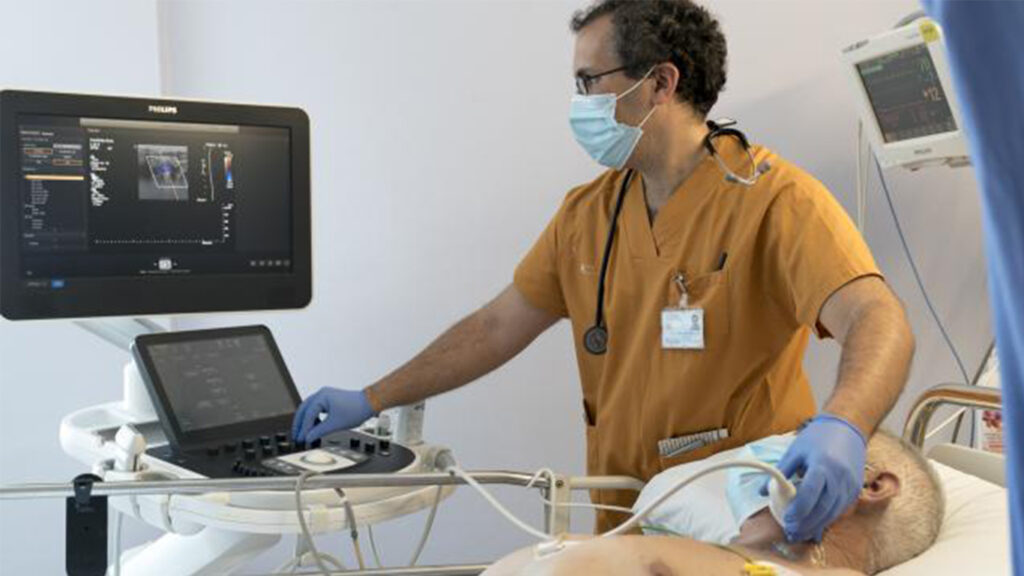 “We have been able to observe that SARS-CoV-2 has different pathways to affect the brain: by direct invasion of the virus into the central nervous system, via the immune response, or mostly by indirect pathways. Direct invasion seems anecdotal and highly unlikely”, says Dr. Cardona, who moderated the panel Neurological involvement in patients with Covid-19.

“In few cases, the virus has been detected in cells of the central nervous system”, he adds. “In these cases, it is thought to invade the system through three different routes: olfactory, through the cerebrospinal fluid or via the bloodstream. In addition, autoimmunity may also explain some of the few cases of demyelination (Guillain-Barré syndrome). In any case, the vast majority of neurological events in patients with Covid-19 have been indirect, either due to inflammatory response, coagulopathy and/or vascular or myocardial endothelium damage, or due to side effects.

A recent study indicates that 60% of Covid-19 inpatients had neurological symptoms, although 85% of the cases were mild and nonspecific. These include muscle pain, encephalitis, encephalopathies, myelitis, epileptic crises, neuropathies or, more prevalently, anosmia (loss of smell) and headaches. Other more severe complications are strokes, such as ischemic or haemorrhagic ictus, or cerebral venous thrombosis.

As for anosmia, in addition to having a good prognosis, it has been identified as one of the most common symptoms in young people, women and people with previous neurological condition.

Regarding headaches, a very specific type of pain is associated with the virus. It is similar to migraine, presenting oppressive characteristics that worsen with activity and head movements, which causes insomnia in 33% of patients and sometimes presents also hypersensitivity. It is thought that headache episodes may be due to the inflammatory response. Between 10 and 20% of patients with these symptoms develop chronic headache.

Although less common, strokes are much more serious. It is suggested that the risk of suffering ischemic ictus is increased by 1-2% and cerebral thrombus is increased by up to 4%. Some international groups point at 59% the stroke mortality in people with Covid-19. At Bellvitge Hospital, stroke cases in patients with Covid-19 are between 15 and 20% of the total.

Besides, a Spanish study recently noted that 51% of patients who have survived Covid-19 have developed sequelae that can last up to 12 months. Among them, neurological symptoms reach 12% of post-Covid patients and among them headaches and cognitive problems, known as “mental fog”. Also other not exclusively neurological symptoms are frequent, such as fatigue or muscle pain (more than 50% of patients who had Covid-19). In addition, headaches, fatigue or muscle pain are among the most persistent sequelae.

Finally, Dr. Cardona explained that “the incidence of cerebral venous thrombosis in relation to the vaccine is very anecdotal. There has been no need to change workflows in Neurology or the Emergency care circuits, although we have observed a slight increase in headache cases both in primary care and in hospitals”.