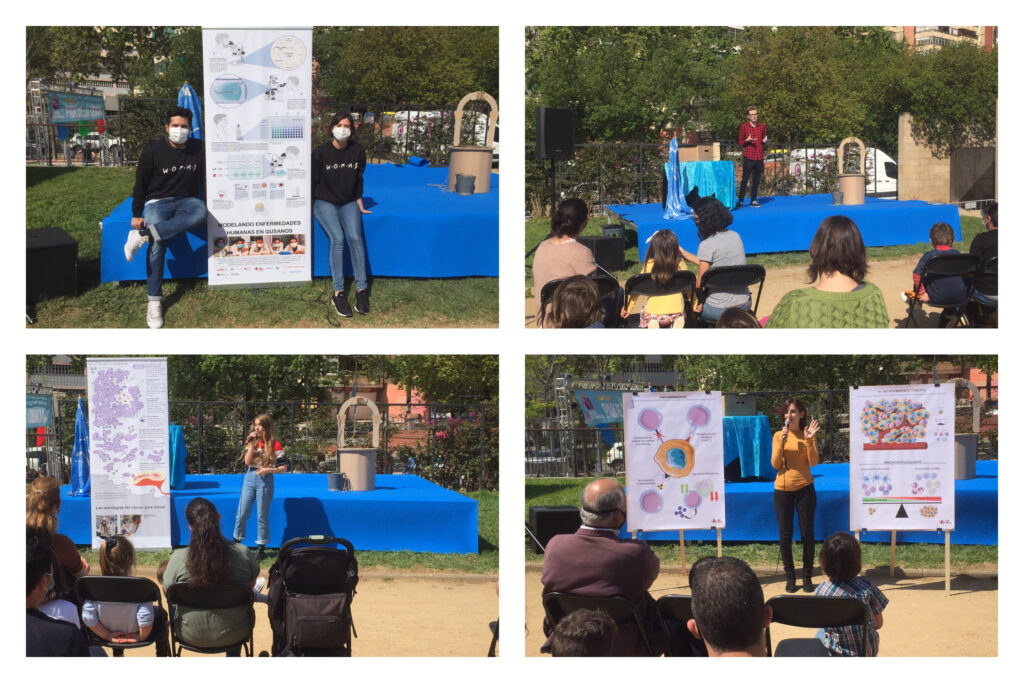 This year within the framework of the Hospitalet Spring Festival, we enjoyed again in the Science Park. This activity aims to bring citizens scientific and technical knowledge in an easy and playful way. This aim does not exclude the transmission of values ​​and scientific content, collaborating in scientific-technical literacy, and the promotion of the vocation, especially in the girls and young women.

This year the different activities organized by Pessics de Ciència and the Hospitalet City Council have been distributed in shifts to guarantee all health safety measures. Each turn began with a scientific monologue by one researcher from the Bellvitge Biomedical Research Institute (IDIBELL):

The day began with a monologue by Adrian Martínez, a predoctoral researcher from the IDIBELL Resistance and Progression Mechanisms in Prostate Cancer group. Adrián explained how by asking genes, we understand the mechanisms of treatment resistance.

Then we continue with Carmen Martínez and David Ahumada, from the research group on Disease Models in C. elegans, the fastest animal model in the laboratory. They explained to us the advantages of working with this model.

Next, Gemma Garcia, a predoctoral researcher in the Chemoresistance and Orthotopic Xenografts group, discussed the strategies of tumor cells to escape the immune system attack and to the treatment.

And finally, Lidia Franco, from the research group on Mechanisms of Resistance and Progression in Prostate Cancer, gave us some clues to one of the spearheads against cancer, immunotherapy.