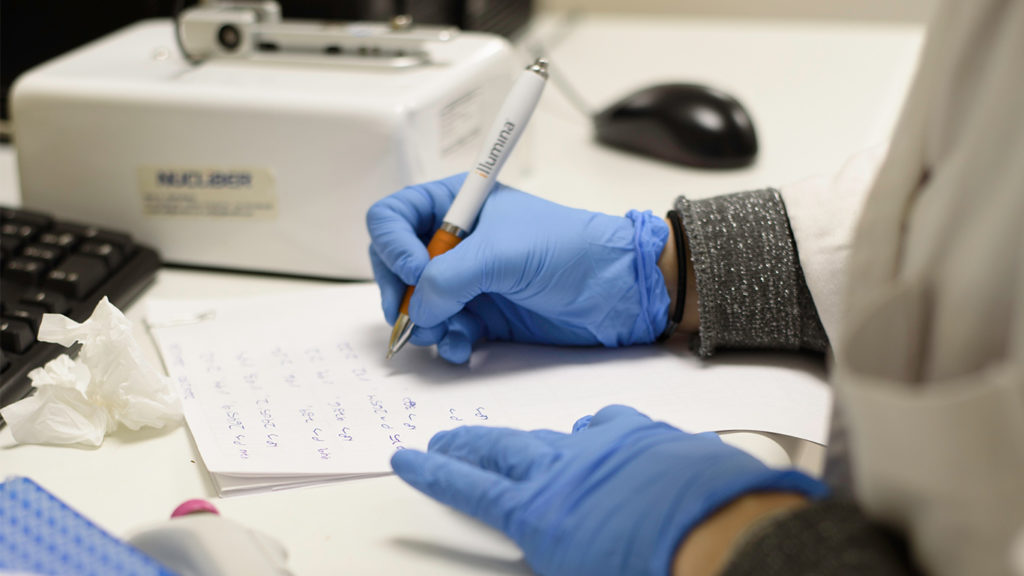 Lymphomas caused by affectations of the myc gene are highly dependent on the formation of new ribosomes, the cellular machinery responsible for protein synthesis. These, like most cancers, have a high cell growth rate, so they have to create new proteins to maintain themselves. This strong dependence makes the process of ribosome synthesis an ideal therapeutic target.

Previous studies have already shown that the inhibition of ribosome formation supposes a decrease in the growth of tumor cells. However, the mechanism by which this occurs remains unknown.

The Metabolism and Cancer team of the Bellvitge Biomedical Research Institute (IDIBELL), led by Drs. Joffrey Pelletier and George Thomas, has just released an article in which they describe that: inhibition of ribosome synthesis not only leads to a decrease of protein synthesis, and consequently a decrease in the proliferation of tumor cells, but also promotes the death of tumor cells.

Likewise, the study published today in the journal Blood, demonstrates that the chemotherapeutic drug Actinomycin D uses the same cellular pathway to induce cell death. This drug, initially used as an antibiotic, inhibits both the formation of ribosomal RNA and protein synthesis.

In both cases, the tumor cell-activated death pathway involves one of the most important tumor suppressors, p53. In addition, MCL-1 is also involved, a protein essential for tumor survival that has aroused great interest as a therapeutic target in recent years.

An interesting detail of the study, as Dr. Ana Domostegui points, is that only some of the components that participate in the formation of new ribosomes are in turn involved in the activation of programmed cell death in myc-dependent lymphomas. Similarly, Actinomycin D uses this pathway, with the same components, to promote cell death and thus stop tumor progression.

Myc is a gene that regulates a lot of cellular processes: cell growth, the division cycle, protein synthesis, etc. All processes also dependent on ribosome biogenesis. Its involvement in such essential processes explains why myc is deregulated in 70% of human cancers.

On the other hand, the dysregulation of myc can also be an intrinsic process of tumor suppression, activating pathways of programmed cell death and senescence. Thus, for lymphomas or other types of cancer, avoid the activation of cell death by myc is necessary for the disease development.

“We have been trying to inhibit myc for years,” says Dr. Domostegui, first author of the work, and adds “our strategy consists of target one of the weak points of tumors, the formation of ribosomes, using Actinomycin D. A drug that has been approved for years ago, so the possibility of offering treatment to lymphoma patients with this drug is available. ”

This work has been possible thanks to the collaboration of scientists from centers such as the Oncological Hematology Division of the University of Cincinnati, the University of Barcelona, ​​the Pi i Sunyer Biomedical Research Institute (IDIBAPS), the Catalan Institute of Oncology (ICO), and the Peter MacCallum Cancer Center and the Walter and Eliza Hall Institute for Medical Research both in Melbourne, Australia.

Share on Facebook
Share on Twitter
Share on Linkedin
Share on Email
Tweets by @idibell_cat
Tags: Cancer, Metabolism and Cancer, Molecular Mechanisms and Experimental Therapy in Oncology Program - Oncobell,
Manage Cookie Consent
To provide the best experiences, we use technologies like cookies to store and/or access device information. Consenting to these technologies will allow us to process data such as browsing behavior or unique IDs on this site. Not consenting or withdrawing consent, may adversely affect certain features and functions.
Manage options Manage services Manage vendors Read more about these purposes
View preferences
{title} {title} {title}
Scroll to Top