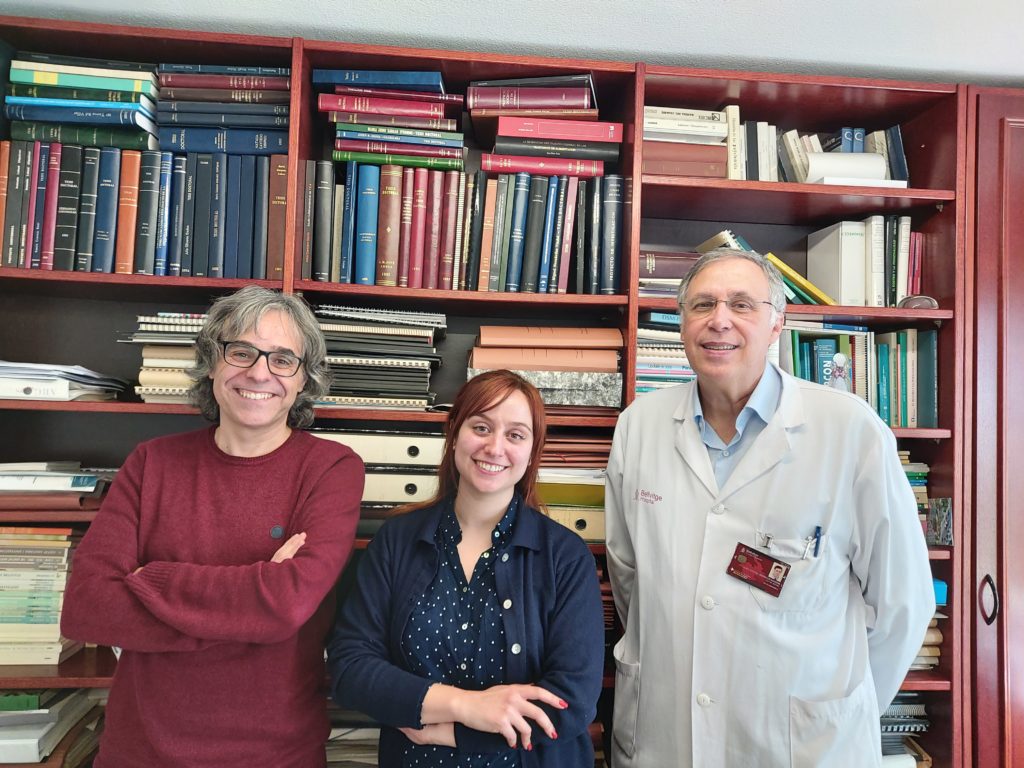 Late-onset Alzheimer’s disease (LOAD), the one that appears after age 65, is the most common form of this neurodegenerative disease and accounts for more than 90% of cases. The first brain changes associated with the disease may appear years before the first symptoms, but the lack of clear risk markers complicates the application of the appropriate prevention strategies for those that are more vulnerable.

Now a study, published in the Journal of Psychiatric Research, has provided the first evidence that a poor neuronal connection between the brainstem and cerebellum may be predictive of the risk of developing Alzheimer’s. The article has the participation of researchers from the Bellvitge Biomedical Research Institute (IDIBELL) and the CIBER of Mental Health (CIBERSAM), Barcelona University and Bellvitge University Hospital, in collaboration with researchers from the FLENI center of Buenos Aires (Argentina) and the CIBER of Neurodegenerative Diseases (CIBERNED).

Although the hereditary component in LOAD is much lower than the one in the early-onset, the risk of suffering LOAD, slightly increases having a familiar history. Therefore, the study focuses on a group of descendants of patients with LOAD to try to find early risk markers to develop the disease. The individuals, in good health and with an average age of 50 years, showed a worse performance in memory tests, although within the normal range, compared with volunteers without a family history of Alzheimer’s.

After performing a functional neuroimaging test, the researchers discovered that this ‘bad memory’ was associated with the brain circuit that connects a region of the brainstem with the cerebellum, known as Locus Coeruleus. This is a structure traditionally related to control balance and other motor behaviors but recently has been associated with long-term memory.

This brain circuit is established as a neurobiological basis for early and subtle neurocognitive deficits, and its study could identify those subjects with a higher risk of developing Alzheimer’s disease in advanced ages. Similarly, the development of interventions and therapeutic strategies that enhance connectivity between the Locus Coeruleus and the cerebellum could, in the future, delay the age of symptoms appearance or help to minimize their impact and slow their progression. This opens the door to studies in which «it would be interesting to determine how taking healthy lifestyle habits (such as good dietary habits, stop smoking, or doing moderate physical exercise) could modulate the activity of this brain circuit», in the words of Carles Soriano-Mas, the corresponding author of the article.

Share on Facebook
Share on Twitter
Share on Linkedin
Share on Email
Tweets by @idibell_cat
Tags: Neuroscience Program, Psychiatry and Mental Health ,
Manage Cookie Consent
To provide the best experiences, we use technologies like cookies to store and/or access device information. Consenting to these technologies will allow us to process data such as browsing behavior or unique IDs on this site. Not consenting or withdrawing consent, may adversely affect certain features and functions.
Manage options Manage services Manage vendors Read more about these purposes
View preferences
{title} {title} {title}
Scroll to Top