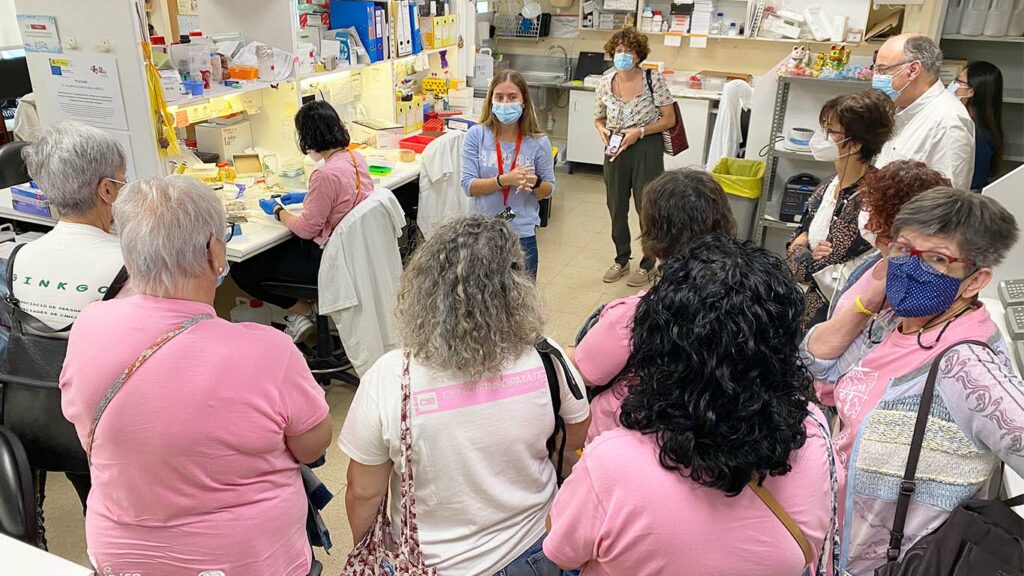 First, the researchers explained their research to the donors and sincerely thanked them for their solidarity and commitment. Later, the visit continued with a guided tour through laboratories where the donors could meet the rest of the team and resolve all their doubts.

The donors came from the Ginkgo APAC Berguedà association, a non-profit association composed of cancer patients, family members, and volunteers who organize multiple activities to give visibility to the disease and eliminate taboos. There were also representatives of the Tócatelas initiative, which promotes breast cancer prevention and organizes several solidarity activities. Finally, private donors who have collaborated with IDIBELL.

The research group led by Dr. Pujana aims to improve the prevention and care of breast cancer by identifying and developing precise therapies. Recently, they described how breast cancer tumor cells formed collagen shields to avoid attack by the immune system, research possible thanks to donations. Also, thanks to the support received, the group has identified cellular alterations that influence the risk of developing this type of cancer, opening new opportunities for prevention.