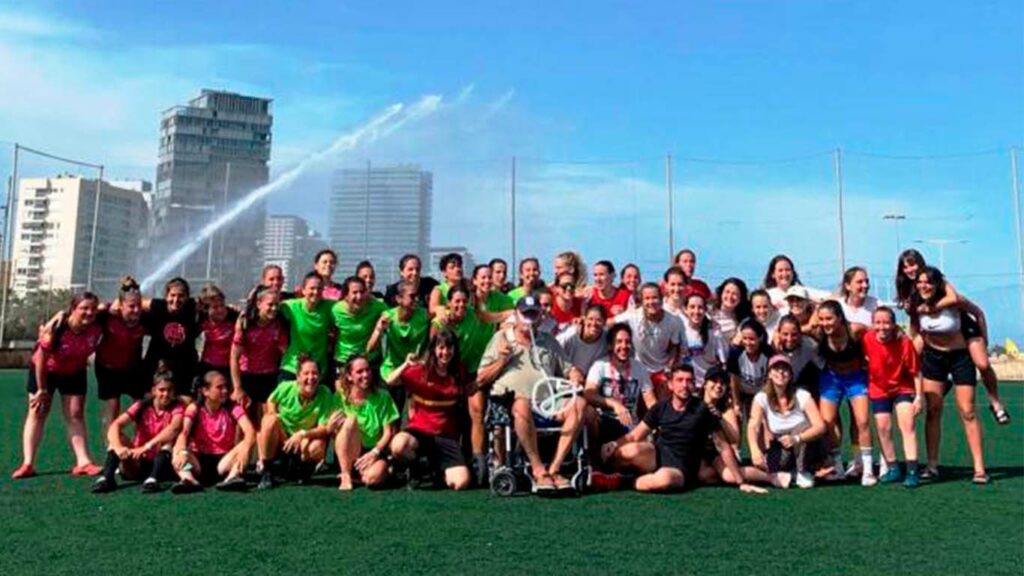 Sport and research combine in this charitable initiative that seeks to raise awareness about amyotrophic lateral sclerosis (ALS) and raise funds for this disease research. On June 11 and 12, the first Women’s football competition, “Ellas contra la ELA”, was held. The initiative raised more than 13.500 euros for IDIBELL’s ALS research.

Today, June 21, World ALS Day, the campaign ends. According to Dr. Pol Andrés, a researcher at IDIBELL and the Bellvitge University Hospital: “It has been a complete success, we are delighted with the welcome received and the funds raised. It has been a campaign full of solidarity, emotions, and sport”.

During the closing ceremony, the importance of citizen solidarity to promote science in our country was emphasized. As pointed out by Dr. Mònica Povedano, principal investigator of the research group on neurological diseases and neurogenetics at IDIBELL and the Bellvitge University Hospital and a world reference in ALS: ” researchers should not be setting up campaigns to finance research, but unfortunately, only 1.4% of GDP is allocated to research, compared to the European average, which is more than 2 % of GDP”.

This project was promoted by the research group on neurological diseases and neurogenetics of the Bellvitge Biomedical Research Institute (IDIBELL), has the support of the Miquel Valls Catalan Foundation for ALS and the sponsorship of Vueling, Macbor, and Ferrer and the collaboration of Carlota Planas Riera, founder of the representation agency Unik Sports Management.