New study about the importance of the preoperative hemoglobin value 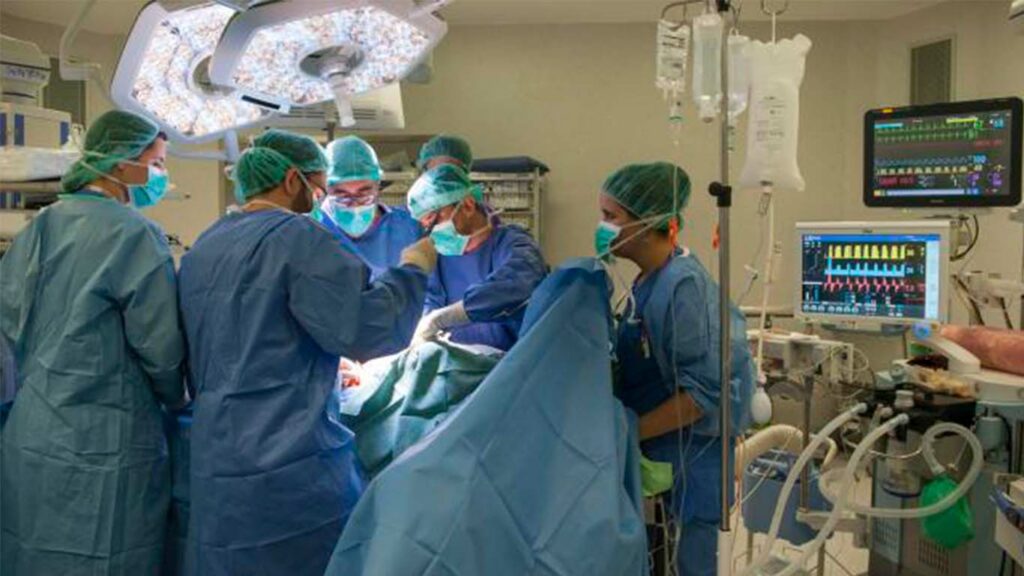 The results of this study, entitled “Baseline hemoglobin and thromboelastometry are predictive of red blood cell requirements and one-year mortality in liver transplantation“, have been published in the scientific journal Transfusion and Apheresis Science.

A total of 591 adult liver transplant patients from 10 Spanish centers were reviewed. The median red blood cell transfusion was two units and 63% of patients were transfused. Comparing transfused and non-transfused patients, hemoglobin was inversely associated with the need for transfusion.

One of the conclusions of the study is that more efforts are needed to increase hemoglobin levels above 10 g/dl in patients awaiting liver transplantation.

Share on Facebook
Share on Twitter
Share on Linkedin
Share on Email
Tweets by @idibell_cat
Tags: Neuroscience Area, Neuroscience Program, Perisurgical physiopathology and pain ,
Manage Cookie Consent
To provide the best experiences, we use technologies like cookies to store and/or access device information. Consenting to these technologies will allow us to process data such as browsing behavior or unique IDs on this site. Not consenting or withdrawing consent, may adversely affect certain features and functions.
Manage options Manage services Manage vendors Read more about these purposes
View preferences
{title} {title} {title}
Scroll to Top