The forerunner of IDIBELL Dr. Miquel Rutllant has died 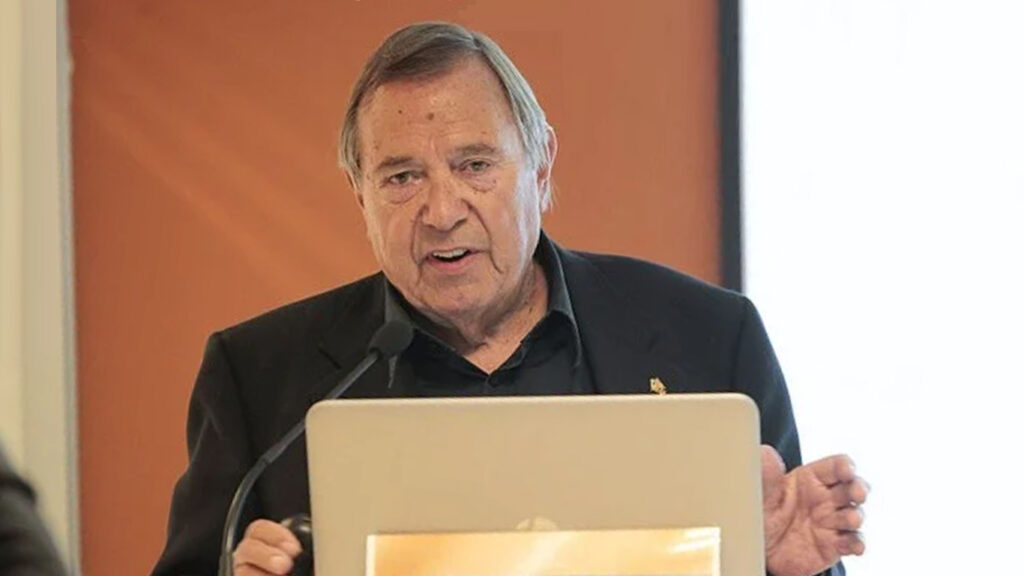 On December 26, Dr. Miquel Rutllant left us. He was a key person in the creation of what we now know as IDIBELL and one of the forerunners of biomedical research in our country.

His vision of the future and his tenacity and ingenuity led him to create the Biomedical Research Unit at the Hospital de Sant Pau. This Unit was the seed of many of today’s centers, foundations, and research institutes.

Convinced and enthusiastic, he promoted genetic research, cancer research, thrombosis and hemostasis, promoted the creation of umbilical cord banks and stem cell research, among others. In the early 90’s he was one of the founders of the Oncology Research Institute (IRO), which later became IDIBELL.

Dr. Gabriel Capellá, director of IDIBELL, comments: “Much of the biomedical research model that we currently have comes from the impulse of Dr. Rutllant“. And he adds: “He was a necessary catalyst to develop the research of excellence currently being carried out in Catalonia“.

There are many researchers from this country, and from all over, who have thanked Dr. Miquel Rutllant for his generosity, his leadership, his capacity to integrate professionals from different fields of biomedicine, and the impulse that he has given to the research. His legacy encourages him to continue the work.

In addition, Dr. Miquel Rutllant transferred his innovative spirit to the positions he held in the field of Medicine. Rutllant was head of the Hematology Service of the Hospital de la Santa Creu i Sant Pau until his retirement. Likewise, he was also the medical director of the Hospital and president of the Spanish Society of Hematology and Hemotherapy (SEHH) from 1988 to 1990, as well as president and founder of the Spanish Society of Thrombosis and Haemostasis (SETH). He also participated very actively in the Blood Bank Accreditation Commission, and until now, he was a member of the Board of Directors of the Blood and Tissue Bank (BST) of the Catalan Health Department.

Our most sincere recognition and gratitude to Dr. Rutllant for the enormous work carried out in favor of biomedical research in our country.