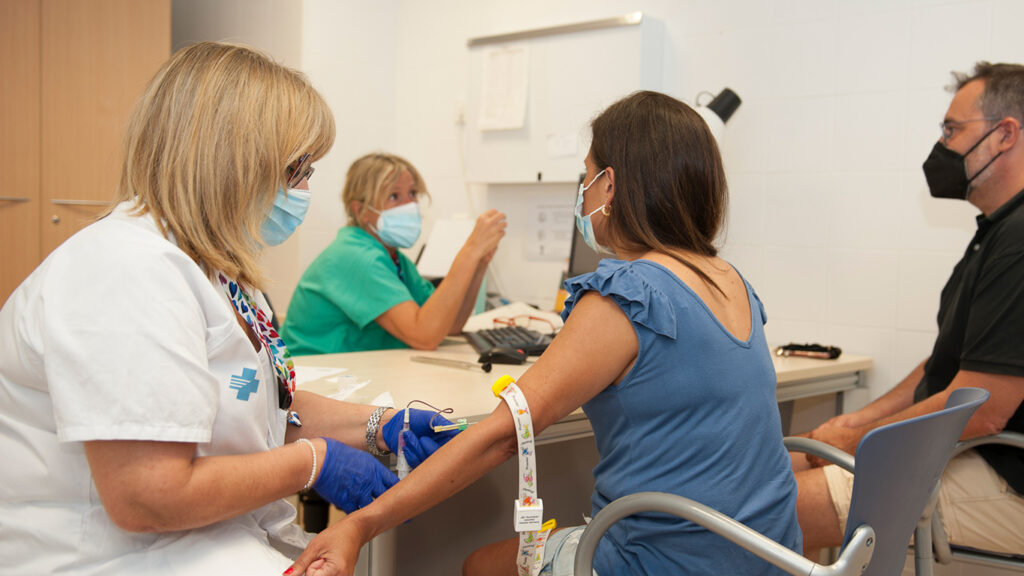 The implementation of a multidisciplinary care model has a positive and direct impact on the survival and satisfaction rates of patients with amyotrophic lateral sclerosis (ALS). The survival average increases six months for those people who attend a unit made up of professionals of different disciplines. This is the main conclusion of Dr. Mónica Povedano’s thesis.

Dr. Povedano has collected different data from almost 400 patients treated at the Bellvitge University Hospital, 54 of them attended by a general neurologist between 1991 and 2000, and 344 who were treated by the Functional Unit for Motor Neuron Disease (FUMND) between 2001 and 2012. According to the application of different analysis models, the main variables that made possible the increase in the mean survival of the patients are the application of respiratory assistance and gastrostomy (which allows the administration of food directly in the stomach), as well as the duration of both processes.

Regarding satisfaction with the care at the FUMND, 92% of the patients valued the information received respect for their rights as patients, coordination and treatment as good or very good. The FUMND of the Hospital de Bellvitge is composed of neurology professionals; pneumology; rehabilitation and physiotherapy; nutrition and diet; psychology (thanks to the collaboration with the Catalan Foundation of ALS Miquel Valls); occupational therapy; social work; epidemiology; nursing and palliative care. Thus, on the same day, the patient is visited by all the specialists in the unit.

For Dr. Povedano, coordinator of the FUMND, the experience and data of the multidisciplinary unit support a centralized model in a minority disease such as ALS, as well as in others. “The results of the study indicate that the patients who live further away do not present worse survival, and they are not an added increase in health costs for the center“, emphasizes Dr. Povedano.

In this sense, her doctoral thesis also refutes the belief that ALS patient care involves a very high direct cost for health centers. The average of this direct expenditure is 5,574 euros per patient and year, according to the study of 425 patients treated at the FUMND of the Bellvitge Hospital between 2016 and 2019. On the other hand, the work of Dr. Povedano indicates that this individual expense becomes more expensive for near patients and/or lowers the educational level of the patient. “This reaffirms the need to make an effort to improve health education and the knowledge that patients have of their disease,” concludes Dr. Povedano.