Up to half of patients with pulmonary fibrosis who require transplantation have short telomeres and telomeric mutations.

Some studies had suggested that lung transplantation had a poor outcome in patients with telomere dysfunction, which could represent a contraindication to performing it.

The study shows that one-year survival after transplantation is greater than 80% regardless of whether there was telomere dysfunction. 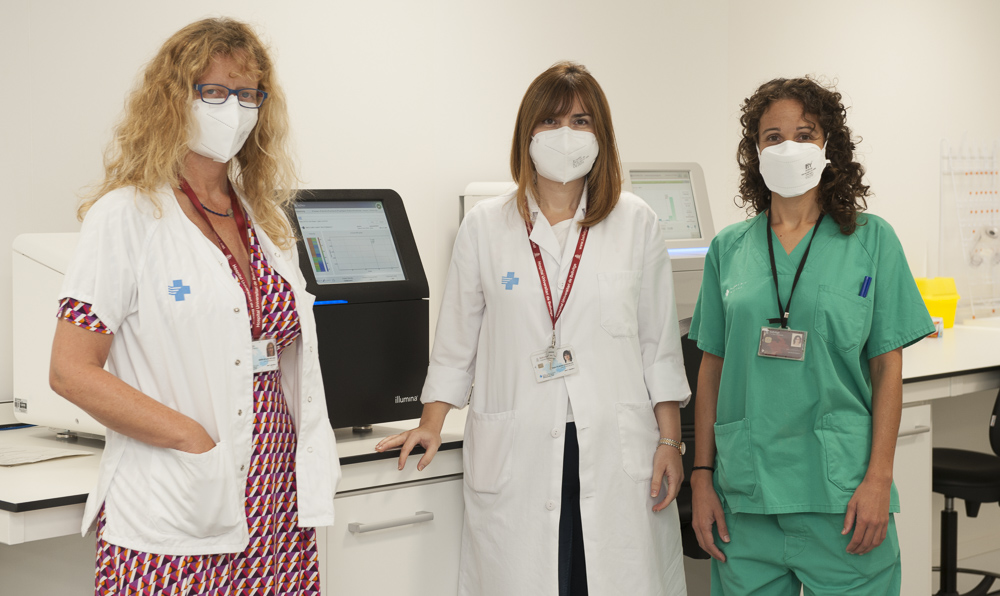 A study led by the Pulmonary Interstices Functional Unit (UFIP) of the Pneumology Service of the Bellvitge University Hospital and the Pneumology research group of IDIBELL, in close collaboration with the Pulmonary Transplant Program of the Pneumology Service of the Vall d’Hebron University Hospital, the Telomeropathies Service of the Alberto Sols Biomedical Research Institute and the Genomics Division of the Technological and Renewable Energies Institute (ITER), has determined that lung transplantation also improves survival and quality of life of those patients with progressive pulmonary fibrosis with short telomeres. The study has been published in the latest issue of the prestigious scientific journal Frontiers in Medicine.

In pulmonary fibrosis, certain cells in lungs tissues lose the ability to regenerate and repair. In some cases, this inability to regenerate is known to stem in part from mutations that make telomeres – DNA sequences at the end of chromosomes – critically short or dysfunctional.

For the first time, this study has made a detailed prospective follow-up of the mortality, morbidity and quality of life of these transplanted patients, comparing the results of those with telomere dysfunction with those without it. In addition, the study identifies that up to half of patients with pulmonary fibrosis who require transplantation have short telomeres and telomeric mutations.

The work was carried out with patients from the Pulmonary Interstitium Functional Unit of the Bellvitge University Hospital who had been tested for telomeres for diagnosis and who required a lung transplant at the Vall d’Hebron University Hospital between June 2013 and October 2013. 2018.

Study results and follow-up indicated that one-year survival after transplantation was greater than 80% regardless of telomere dysfunction, and that there was a marked improvement in quality of life in both one group and the other.

Differences in morbidity were detected, since patients with short telomeres required extracorporeal circulation more often, suffered more early hematological complications, and had more ICU stays and long-term hospital admissions, but these are predictable and treatable complications.

Share on Facebook
Share on Twitter
Share on Linkedin
Share on Email
Tweets by @idibell_cat
Tags: Cardiovascular, Respiratory and Systemic Diseases and cellular aging Program, Pneumology , Translational Medicine Area,
Manage Cookie Consent
To provide the best experiences, we use technologies like cookies to store and/or access device information. Consenting to these technologies will allow us to process data such as browsing behavior or unique IDs on this site. Not consenting or withdrawing consent, may adversely affect certain features and functions.
Manage options Manage services Manage vendors Read more about these purposes
View preferences
{title} {title} {title}
Scroll to Top