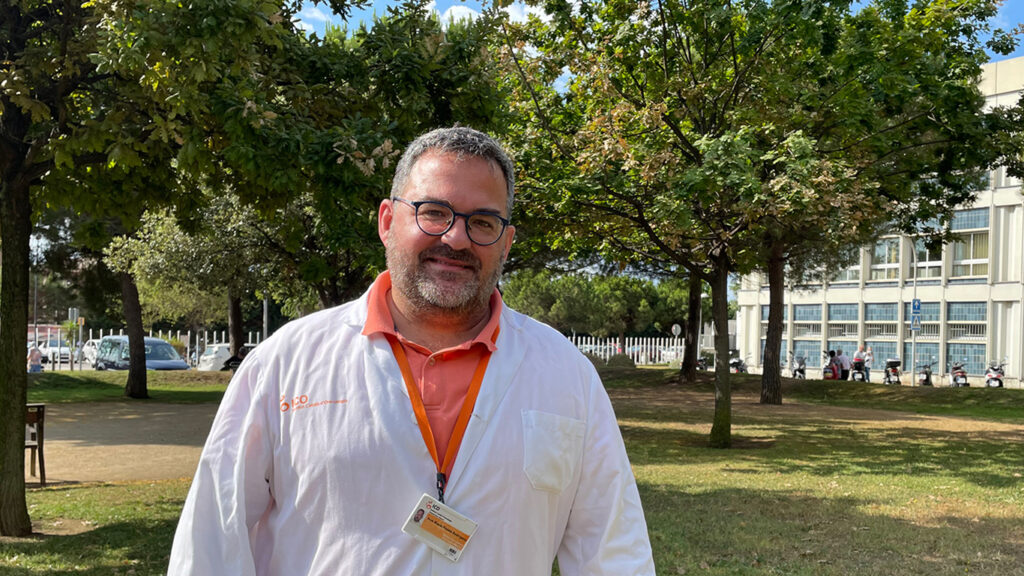 Like cutaneous melanomas, it is caused by the uncontrolled proliferation of melanocytes, the cells that colored the skin. But unlike these, uveal melanoma, which represents between 3 and 5% of melanomas, has molecular and cellular characteristics that make it especially aggressive. Half of the patients develop metastases, and when this occurs, the average life expectancy does not exceed one year. So far, none of the current treatments have been able to improve the prognosis.

A study published today in the prestigious scientific journal The New England Journal of Medicine, in which it has participated Dr Josep Maria Piulats from the Bellvitge Biomedical Research Institute (IDIBELL), the Catalan Institute of Oncology (ICO), and the Center Biomedical Research Network Cancer (CIBERONC), has presented the first drug that increases the total life expectancy of patients with uveal melanoma that have developed metastases.

The study, corresponding to a phase 3 clinical trial that evaluated the efficacy and safety of the new drug Tebentafusp, shows that the proposed treatment slows down the progression of the disease since the percentage of patients who survive more than one year goes from 58% with standard treatments to 73% with Tebentafusp. Dr Piulats, a coordinator of the Oncobell program at IDIBELL and ICO, highlights: “After completing this study and with the good results of survival of the almost 400 patients included in the trial, Tebentausp is already used in the clinical routine”.

“The technology developed to generate Tebentafusp allows the immune system to specifically attack the tumor without recognizing it, -explains Dr Piulats-, this means that immune cells do not need specific membrane receptors to recognize tumor cells, the drug acts as a mediator to attack cancer”.

It is the first drug with these characteristics tested in solid tumors. In addition, as it is a drug that specifically recognizes tumor cells, it does not affect unwanted tissues, and therefore it has fewer side effects than standard chemotherapy. However, as Dr Piulats indicates: “The administration of this drug requires experience to identify the possible derived toxicities and act accordingly to avoid them.”

Share on Facebook
Share on Twitter
Share on Linkedin
Share on Email
Tweets by @idibell_cat
Tags: Cancer, Cancer Immunotherapy , Molecular Mechanisms and Experimental Therapy in Oncology Program - Oncobell,
Manage Cookie Consent
To provide the best experiences, we use technologies like cookies to store and/or access device information. Consenting to these technologies will allow us to process data such as browsing behavior or unique IDs on this site. Not consenting or withdrawing consent, may adversely affect certain features and functions.
Manage options Manage services Manage vendors Read more about these purposes
View preferences
{title} {title} {title}
Scroll to Top