A study by IDIBELL and the ICO, with the collaboration of the Spanish LAM Association, has detected that patients suffering from Lymphangioleiomyomatosis have elevated plasma levels of a histamine derivative, which could be used for the diagnosis of the disease. The study, published in the journal EMBO Molecular Medicine, demonstrates that inhibition of the histamine pathway stops the disease progression in mice. Alliance between patients, researchers and healthcare and research centers to advance the care of a minority disease. 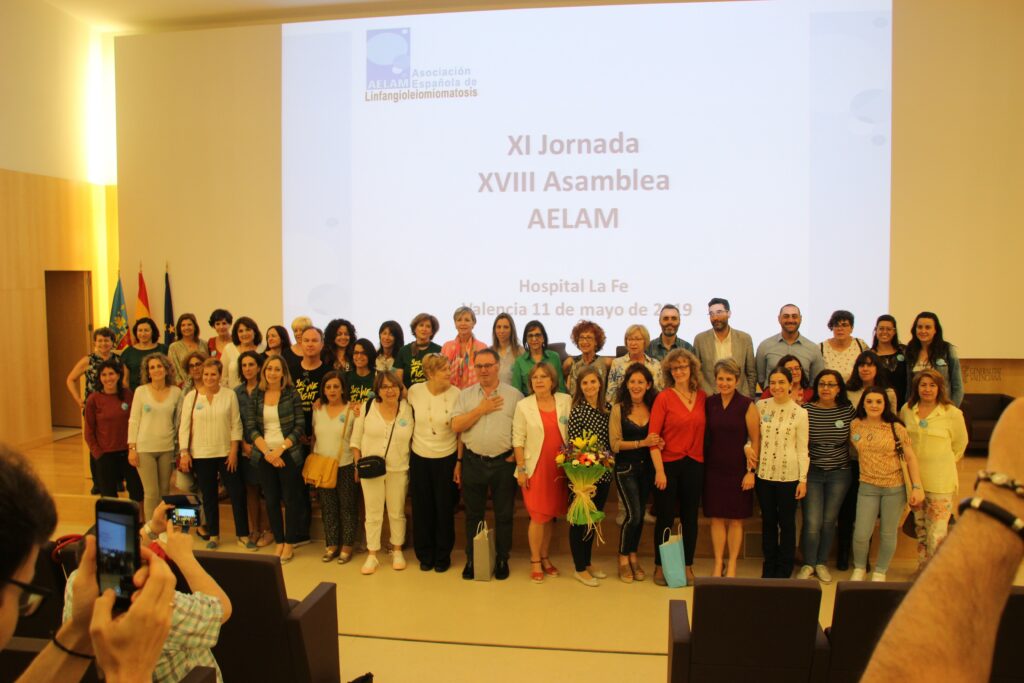 Lymphangioleiomyomatosis (LAM) is a rare disease that mainly affects women and is characterized by abnormal proliferation of epithelial and spindle cells. Although it is not considered a cancer itself, these cells have the ability to metastasize. Additionally, this hyperproliferation can damage lung tissue and lead to severe respiratory failure.

The breast cancer research group of the Bellvitge Biomedical Research Institute (IDIBELL) and the ProCURE program of the Catalan Institute of Oncology (ICO), led by Dr. Miquel Àngel Pujana, has identified different products of histamine transformation, an important signaling molecule involved in multiple physiological functions, as possible biomarkers to improve the diagnosis of the disease, and in turn, also as possible new therapeutic targets.

The current diagnosis of LAM is critical, since it presents a high heterogeneity of symptoms and numerous similarities with other pathologies. Until now, the differential diagnosis was made through the plasma levels of VEGF-D. However, it is an unclear biomarker due to the high interindividual variability, and on many cases, it was necessary to perform a lung biopsy to confirm the diagnosis.

In the article published in EMBO Molecular Medicine, the scientists have identified that LAM patients have elevated plasma levels of one of the main products of histamine transformation, MIAA, and that, therefore, it could be used as a novel biomarker. Carmen Herranz, researcher at IDIBELL and first author of the work comments: “The plasma levels of MIAA are independent of the levels of the biomarker used so far, VEGF-D, and, therefore, the most interesting option would be to use the combination of both to make a reliable diagnosis of LAM.”

There are patients who do not tolerate the usual treatment for LAM with rapamycin well, some even continue to lose lung function despite therapy. In this study, researchers have detected that, in animal models, the inhibition of the histamine pathway stops the disease progression. Dr. Miquel Àngel Pujana explains that “treatment with antihistamines, drugs already approved for other pathologies, is beneficial as monotherapy and could even have a synergistic effect with rapamycin.” And he adds: “We have now started a clinical trial to determine the efficacy and safety of dual treatment with rapamycin and loratidine, a common antihistamine.”

The published study has led to a multicenter phase II clinical trial led by Dr. María Molina, also a researcher at IDIBELL and the head of the Pulmonary Interstices Functional Unit of the Bellvitge University Hospital. This trial is funded by the Carlos III Health Institute and will begin shortly with the objective of evaluating the safety and benefits of the combination of rapamycin and the antihistamine loratadine in the treatment of LAM. Likewise, the newly identified biomarkers of the disease will be evaluated.

This work has been possible thanks to the participation of LAM patients and the support obtained with the collaboration agreement established between the ICO and IDIBELL, and the Spanish LAM Association (AELAM).