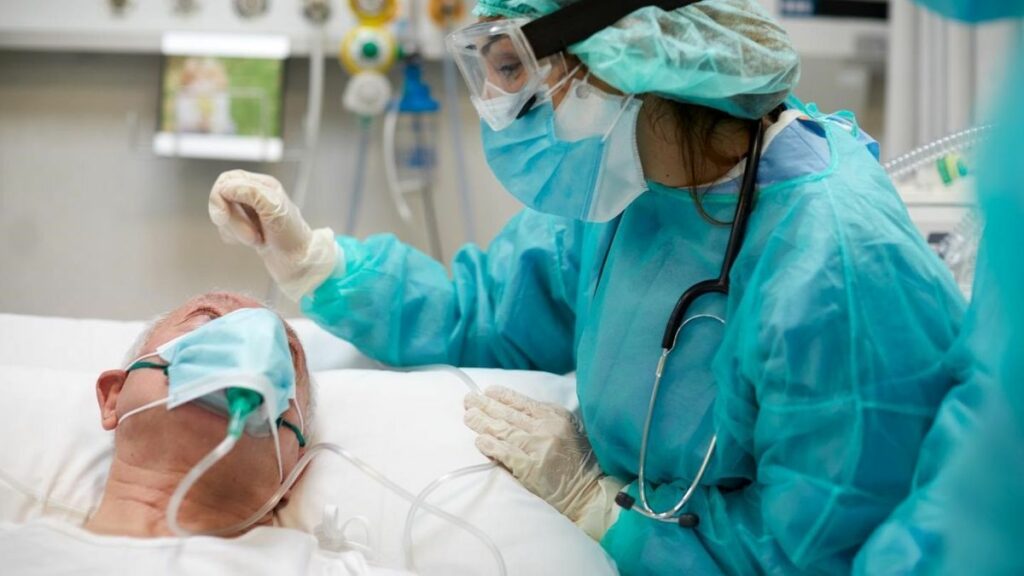 IDIBELL has participated in an international research that points to new genetic and immunological defects as a cause of severe or critical COVID-19. The study, led by The Rockefeller University in New York and the Necker-Enfants Malades Hospital in Paris, has also counted with the participation of the Vall d’Hebron University Hospital and the Vall d’Hebron Institute of Research (VHIR) and has resulted in two publications in the journal Science Immunology. The two studies focus on the role of the TLR7 gene and autoantibodies against type I interferons.

The first of the studies establishes that patients with mutations or deficiencies in the TLR7 gene are more likely to be diagnosed with severe or critical COVID-19, especially in men under 60 years of age. TLR7 is an immune system gene that contributes to the production of type I interferons (IFN-I), which are key to building an essential immune response against SARS-CoV-2. Thus, defects in TLR7 increase the likelihood of a serious diagnosis. “We have seen that these genetic errors appear mainly in younger patients, under 60 years old“, says Dr. Pere Soler, researcher at VHIR.

On the other hand, TLR7 is a gene located on the X chromosome and therefore plays a role in males and only occasionally in females. This may help to explain the poorer prognosis of COVID-19 in men compared to women. In the case of females, people have two X chromosomes and therefore the risk of having complications from this cause is lower.

Of the 1,202 people studied during the research, 20 of the patients between the ages of 7 and 71 were deficient in TLR7. Also, these individuals had no previous diagnoses or serious illnesses. Furthermore, none of the asymptomatic or mildly ill patients were affected.

Since the beginning of the pandemic, age has been shown to be the main risk factor for COVID-19. In particular, the risk of hospitalisation and death from pneumonia doubles every 5 years. The second of the papers presented here confirms that this increased risk is explained, at least in part, by the presence of autoantibodies against type I IFN or, in other words, by the development of an autoimmune response against one’s own type I interferons. This study has attempted to demonstrate the neutralising capacity of these autoantibodies against concentrations similar to those circulating in the human body, in contrast to previous studies.

“These two studies reaffirm and expand the findings of two articles published in Science last September: the problem with COVID-19 is not the virus, but the immune system“, explains Dr. Aurora Pujol, head of the Neurometabolic Diseases group at the Bellvitge Biomedical Research Institute (IDIBELL). And she continues: “Interferon is the key antiviral response of the cell and as the immune system ages, autoantibodies against self-proteins increase.”

The results show that, overall, 13.6% of patients with COVID-19 have these kind of autoantibodies. The percentage rises to 20% in patients older than 80 years with this condition, which would partly explain the increased risk for severe COVID-19 in the elderly. “The importance of the response to interferon is clear in the prevalence of autoantibodies against interferon in people who died, which it is the main factor of poor prognosis found so far and it increases with age“, says Dr. Pujol.

It should be noted that these autoantibodies are a cause and not a consequence of SARS-CoV-2 infection, and that they are also found in the general population and increase with age. In those under 70 years of age, between 0.17 and 1.1% of individuals have autoantibodies and, in those over 70 years of age, they are found in between 1.4% and 4.4%. Between 80 and 85 years of age, an increase of up to 4.2 to 7.1 per cent is observed. “With age, the immune system ages: this is known as immunosenescence. This makes it more likely that autoimmunity phenomena like this one will appear“, says Dr. Soler.

For this analysis, the researchers studied blood samples from 3,595 patients hospitalised with critical COVID-19, 623 critically ill patients, 1,639 patients with mild or asymptomatic infection and 34,159 healthy individuals to study whether they had this type of autoantibody.

The authors of the study, among which are also Drs Xavier Solanich, Raúl Rigo and Francisco Morandeira, from IDIBELL and the Bellvitge University Hospital, stress the importance of understanding the factors that influence the response to SARS-CoV-2 and hope that it will open the door to targeted therapies based on each patient’s profile.

“We have to analyze the presence of these autoantibodies and vaccinate these people first; treat them as soon as possible with interferon beta or monoclonal antibodies against the virus; hospitalize them preventively; and, if there is already pneumonia, study whether plasma transfusions (plasmapheresis) is beneficial. On the other hand, this donor plasma should not have these autoantibodies, which are found in 0.7% of young healthy people”, concludes Dr. Pujol.

The COVID Human Genetic Effort (COVIDHGE) is an international consortium led by The Rockefeller University in New York and Necker-Enfants Malades Hospital in Paris that includes hundreds of hospitals worldwide and participants of various nationalities from Asia, Europe, Latin America and the Middle East. COVIDHGE is working to find new genetic variants that influence the immune response to COVID-19.

Bastard P, Gervais A, Le Voyer T er at. Autoantibodies neutralizing type I IFNs are present in ~4% of uninfected individuals over 70 years old and account for ~20% of COVID-19 deaths. Science Immunology (2021).