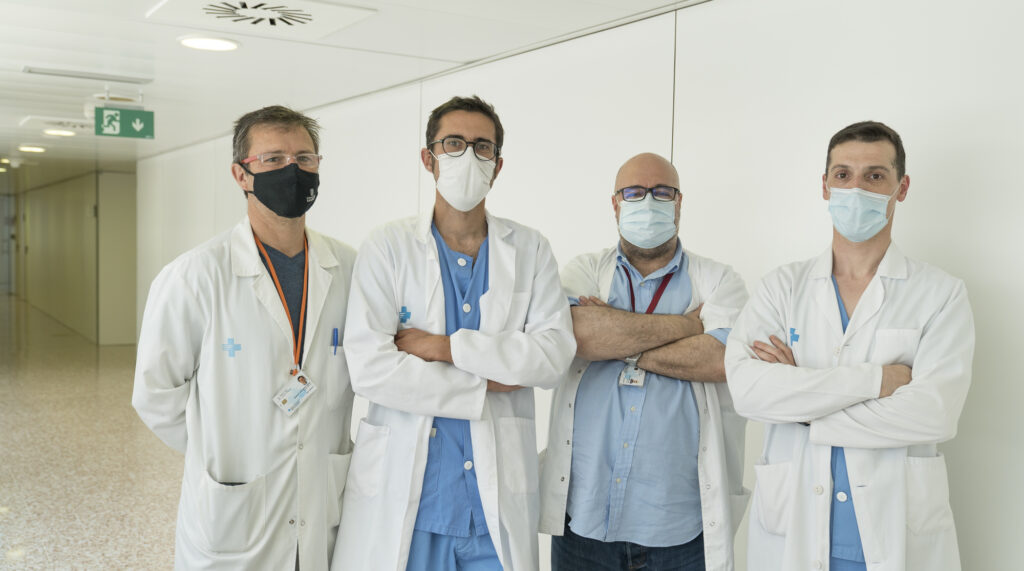 Researchers from BIOHEART Cardiovascular Diseases Research Group of the Bellvitge Biomedical Research Institute (IDIBELL), in collaboration with North West Heart Center in Manchester (UK), have developed a new predictive tool that will enable to identify a higher risk of potentially lethal ventricular arrhythmias and sudden death in patients with nonischemic dilated cardiomyopathy.

The results of their work have been published in the prestigious Journal of the American College of Cardiology. The main author of the study is Dr. Andrea Di Marco, specialist at the Electrophysiology and Arrhythmia Unit of HUB’s Cardiology Department.

Nonischemic dilated cardiomyopathy is characterised by an excessive dilation and loss of strength of the heart left ventricle in absence of a preceding heart attack. However, it is a condition that can lead to heart failure, severe arrhythmias, or even sudden death.

Until now, there was not a reliable enough way to determine which patients with nonischemic dilated cardiomyopathy were at higher risk of life-threatening arrhythmias or sudden death. Because of this, several trials on preventive use of implantable defibrillators in these patients had been unsuccessful, creating a high degree of uncertainty over which patients should receive a prophylactic defibrillator.

The authors of this work have proposed an improved risk stratification for serious arrhythmias and sudden death in these patients. By combining two simple parameters obtained by cardiac magnetic resonance imaging, left ventricular ejection fraction and late gadolinium enhancement, they have derived an algorithm with easy clinical application that enables a much more precise risk identification than the strategy in use so far.

The algorithm has been derived from a cohort of 1,165 patients from Bellvitge University Hospital and the North West Heart Center in Manchester, with a median follow-up of 36 months.
Thanks to this new tool, it will be possible to determine more precisely the indication for an implantable defibrillator for those patients who are really at high risk of sudden death, which will help save more lives and increase the cost-benefit ratio of this therapy.