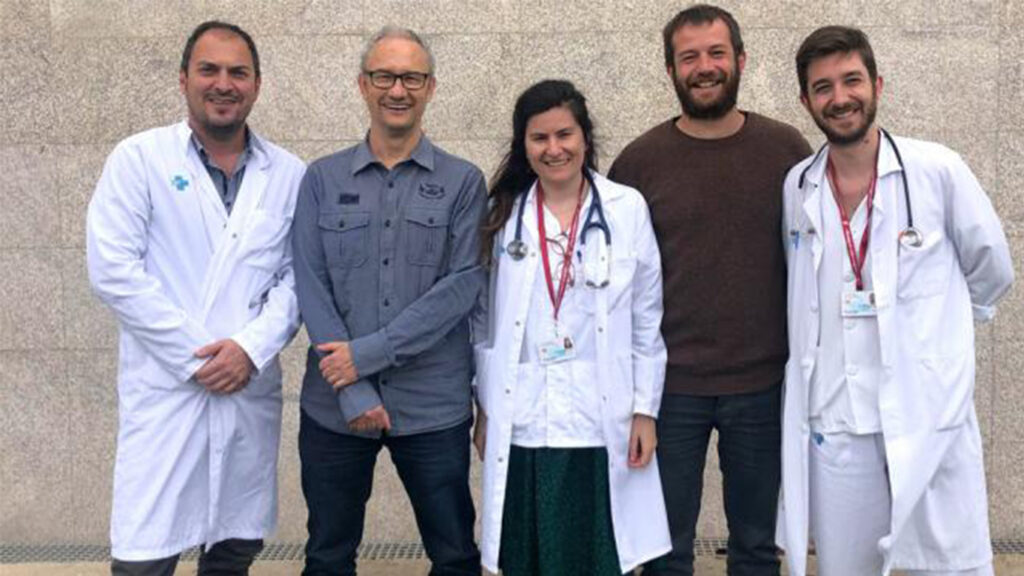 Researchers from Bellvitge Biomedical Research Institute (IDIBELL), Bellvitge University Hospital and the La Rioja Biomedical Research Center (CIBIR) have carried out a joint study that has identified a possible pharmacological treatment by modulating the adrenomedulin protein. The authors of the finding have demonstrated the involvement of this protein in the development of HHT (hereditary hemorrhagic telangiectasia), also known as Rendu-Osler disease.

The discovery of the Angiogenesis Unit of CIBIR, coordinated by Dr. Alfredo Martínez, and from the HHT Unit of the Bellvitge University Hospital, which has the highest number of patients in Spain, led by Dr. Antoni Riera-Mestre, also from IDIBELL, opens the door to the use of new therapies based on the modulation of adrenomedulin as a possible future treatment of the disease.

HHT is a minority disease that affects one in 6,000 people, causing vascular malformations, both in capillaries (called telangiectasias) and in larger vessels, especially in the lungs and liver. The pathology, which currently has no cure, has the most frequent clinical manifestation of recurrent nosebleeds, due to the presence of telangiectasias at this level.

In their study, the scientists raised the involvement of adrenomedulin in the development of the disease. Under normal physiological conditions, adrenomedulin is a vasodilating peptide that regulates the secretion of hormones such as insulin, modulates the inflammatory response, promotes regeneration after damage and, in terms of blood vessels, contributes to the regulation of stability of the vascular endothelium.

To prove their hypothesis, the researchers compared the levels of adrenomedulin in blood samples from 45 patients in the HHT unit of Bellvitge University Hospital with those of 50 healthy volunteers among regular donors from the Blood Bank of San Pedro Hospital in Logroño. which participated as a control group. Subsequently, the samples were anonymized and sent to CIBIR for analysis.

As a secondary endpoint, the researchers performed immunohistochemical studies of adrenomedulin in soft skin telangiectasias biopsies of the hands of patients with HHT, which in turn were compared with samples of healthy skin (from the vicinity of skin melanoma extraction).

The study found that in both blood tests and biopsies of telangiectasias, adrenomedulin levels in patients with HHT were higher than in healthy volunteers.

It is, therefore, a collaborative translational research work between the two centers, which has been published in the prestigious European Journal of Internal Medicine. This publication is part of the doctoral thesis of Dr. Adriana Iriarte (from the HHT Unit, Internal Medicine Service, Bellvitge University Hospital and IDIBELL), first signatory of the work.

Share on Facebook
Share on Twitter
Share on Linkedin
Share on Email
Tweets by @idibell_cat
Tags: Cancer, Cardiovascular, Respiratory and Systemic Diseases and cellular aging Program, Molecular Mechanisms and Experimental Therapy in Oncology Program - Oncobell, Molecular Signalling in Cancer, Systemic Diseases and Ageing , Translational Medicine Area,
Manage Cookie Consent
To provide the best experiences, we use technologies like cookies to store and/or access device information. Consenting to these technologies will allow us to process data such as browsing behavior or unique IDs on this site. Not consenting or withdrawing consent, may adversely affect certain features and functions.
Manage options Manage services Manage vendors Read more about these purposes
View preferences
{title} {title} {title}
Scroll to Top