The group led by Dr. Alessandra Giorgetti receives a grant from the GESMD to study myelodysplastic syndrome 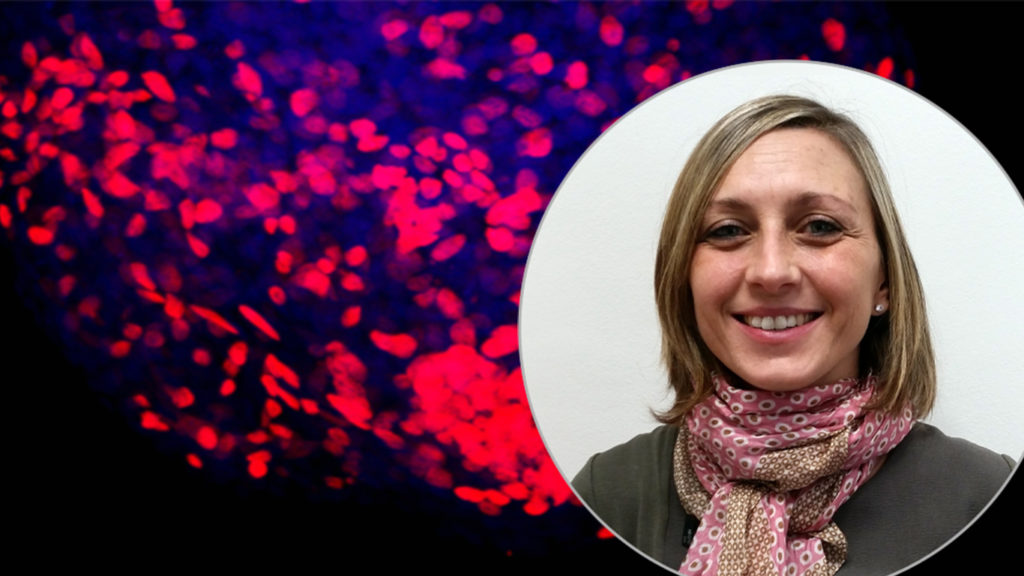 The research group led by Dr. Alessandra Giorgetti, leader of the research group “Biology of Hematopoietic Stem Cells and Leukemogenesis” of IDIBELL, and professor at the UB, has received a grant of € 15,000 from the GESMD (Spanish Group of Myelodysplastic Syndromes), a group of which Giorgetti is an active member.

The money will be used to finance part of the project: Study of the leukemic transformation of GATA2 deficiency using omic techniques in stem cell models.

Myelodysplastic syndrome and the project

Predisposition to leukemia plays a major role in clinical practice. Germline mutations in the GATA2 gene predispose to the development of myelodysplastic syndromes (MDS) and acute myeloid leukemia (AML), and they are one of the leading causes of MDS in children. Currently, chemotherapy and stem cell transplantation are the only cure. Therefore, there is a clear need to develop reliable tools for predicting disease progression.

Carriers of mutations in the GATA2 gene show great variability in the development of MDS and AML, suggesting that additional mutations and genetic regulatory mechanisms are needed to develop the disease. Despite recent discoveries about GATA2 gene mutations, the molecular mechanisms associated with leukemic progression are still unknown. This includes a lack of knowledge of the factors that predict disease progression and the mechanisms involved in the development of leukemia in GATA2 deficiency.

The study proposed by Dr. Giorgetti aims to reveal the molecular and cellular mechanisms that cause the leukemic transformation of GATA2 deficiency, combining omic techniques and disease models with human stem cells.

The development of this project will allow a better understanding of how germline mutations in GATA2 and certain somatic alterations promote susceptibility to myeloid neoplasia.

The results of the study will allow the establishment of a cellular platform (hiPSCs) for preclinical trials of new drugs.