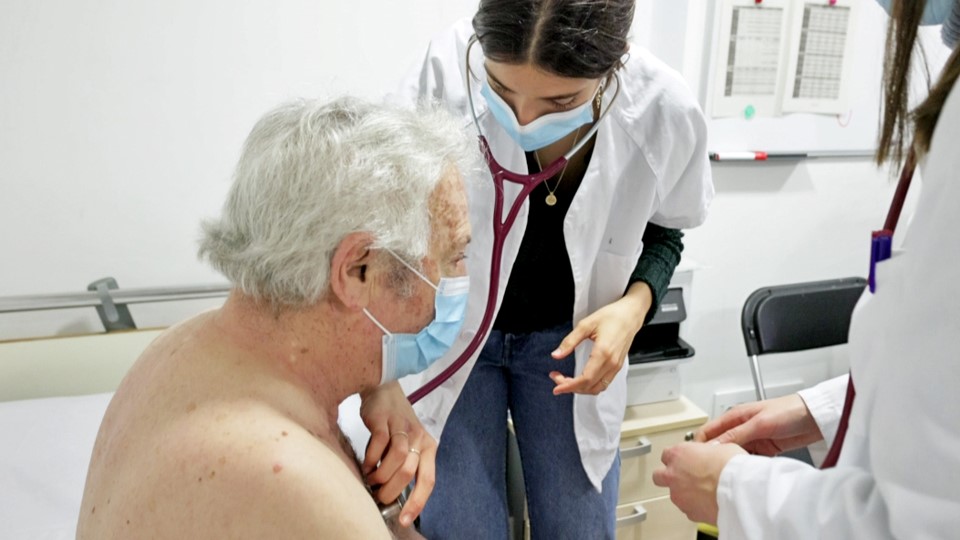 The main conclusion of the phase III trial, which was presented worldwide last Saturday during the Congress of the European Society of Cardiology in Barcelona,​​ ​​is the confirmation that dapagliflozin can reduce mortality and worsening of people with HF globally, independently of their ejection fraction (the percentage of blood that the left ventricle pumps with each contraction and the main value to determine the severity of HF).

Dr. Josep Comin, head of the Cardiology Service at the Bellvitge University Hospital (HUB) and director of the IDIBELL BIO-Heart Research Group on Cardiovascular Diseases, is co-author of the article that collects the results of the international phase III DELIVER trial, published in the prestigious The New England Journal of Medicine (NEJM). “The study represents a revolution in the patients with HF treatment because for the first time it is shown that a drug such as dapagliflozin improves clinical outcomes and quality of life throughout the entire spectrum of ventricular function,” says Dr. Comin, who has been responsible of study development in Spain. In this sense, it should be noted that the HUB and the BIO-Heart Group have coordinated more than 300 patients from all over the state who have participated in the study, out of a total of more than 6,200 worldwide.

The results presented at the Barcelona congress and published at the same time in the NEJM show that the administration of dapagliflozin in a single daily oral dose can reduce the compound effect of cardiovascular death and worsening of HF by 18%. In addition, the joint analysis of the DELIVER study and another that has also focused on the drug (DAPA-HF) showed a reduction in the risk of cardiovascular death by 14%.

It is the first inhibitor and sodium-glucose cotransporter 2 or SGLT2 for oral use. Until now, it was approved for type 2 diabetes mellitus treatment as a complement to diet and exercise, because it reduces blood sugar by making the kidneys excrete more glucose in the urine. Marketed by Astra Zeneca, which has promoted the DELIVER trial, dapagliflozin is also approved for the treatment of HF with reduced ejection fraction (LVEF) and chronic kidney disease. As Dr. Comin points out, “now the range of heart failure patients who can count on effective treatment is extended, now includes those with intermediate or slightly reduced LVEF.”

He adds that “The results of the study will represent a change in the current recommendations of international clinical practice guidelines and are a paradigmatic example of knowledge transfer to clinical practice in which the HUB and IDIBELL have contributed significantly.”

Heart failure is a chronic disease that worsens over time and that in Spain affects 2% of the population and about 64 million people worldwide. It is the main cause of hospitalization for people over 65 years old and represents a significant health cost.