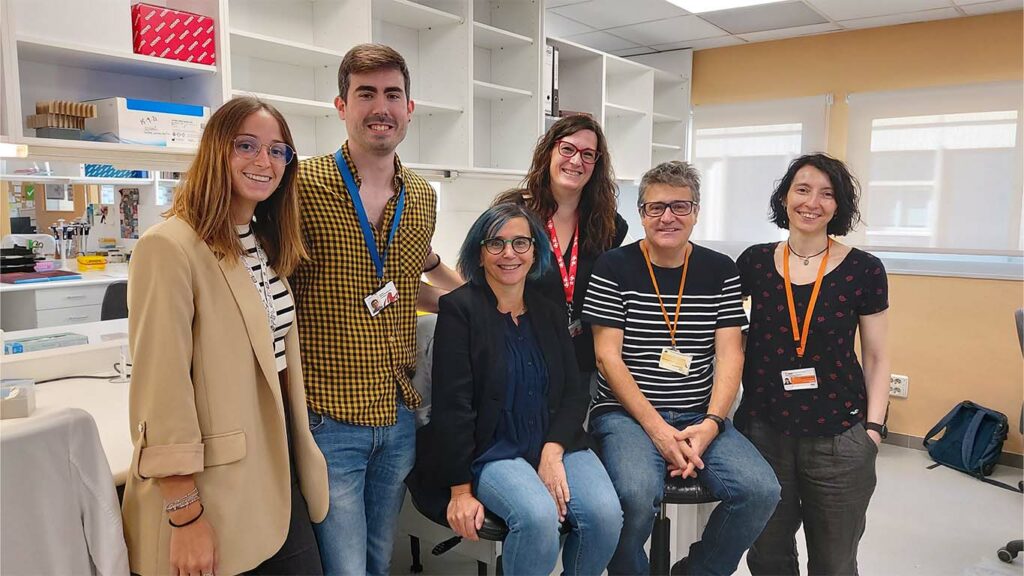 A team of researchers, led by IDIBELL and the Catalan Institute of Oncology (ICO), presents the results of a screening of possible therapeutic combinations for the treatment of malignant peripheral nerve sheath tumors (MPNST). The study analysed the drugs combinations in cellular and animal models and identified a combination that reduces tumor growth in two mouse models implanted with two primary tumors from patients.

MPNSTs are a type of soft tissue sarcoma that is the leading cause of death in patients with Neurofibromatosis type 1, a rare disease caused by mutations in the NF1 gene. Single-agent chemotherapy treatments for MPNSTs have a success rate of between 18% and 44%. Therefore, there is a need to find drug combinations that improve the prognosis of these patients.

In this study, led by Dr. Conxi Lázaro, from IDIBELL and ICO, and published in the journal Molecular Cancer Therapeutics, the researchers selected 21 drug combinations from a library of compounds in MPNST cell models. These experiments were carried out by the NIH center under the supervision of Dr. Marc Ferrer. The 21 drug combinations were validated in multiple MPNST cell lines to see if they were more effective than individual treatments.

Subsequently, four synergistic drug combinations were tested, in collaboration with Dr. Alberto Villanueva, in orthotopic mouse models, a fresh biopsy of the patients’ tumors was implanted in the sciatic nerve. This model allowed the identification of a combination (MK-1775 and Doxorubicin) that reduced tumor growth up to seven times in one of the models and up to four times in the second.

“These results show the utility of our MPNST model platform to identify new therapies for this rare but devastating tumor,” says Dr. Juana Fernández-Rodríguez, one of the first authors of the work.

The predoctoral researcher Edgar Creus Bachiller, co-first author of the work, adds: “This study has allowed us to identify a pharmacological combination that has the potential to improve the treatment of MPNST“.

This work was possible thanks to the financing obtained by the NFRI grant of the Children’s Boston Hospital, the National projects of the Carlos III Health Institute, the Neurofibromatosis Project Foundation, and the TV3 Marató Foundation, in addition to the support of the national associations of patients affected by neurofibromatosis.

Share on Facebook
Share on Twitter
Share on Linkedin
Share on Email
Tweets by @idibell_cat
Tags: Cancer, Hereditary cancer , Molecular Mechanisms and Experimental Therapy in Oncology Program - Oncobell,
Manage Cookie Consent
To provide the best experiences, we use technologies like cookies to store and/or access device information. Consenting to these technologies will allow us to process data such as browsing behavior or unique IDs on this site. Not consenting or withdrawing consent, may adversely affect certain features and functions.
Manage options Manage services Manage vendors Read more about these purposes
View preferences
{title} {title} {title}
Scroll to Top