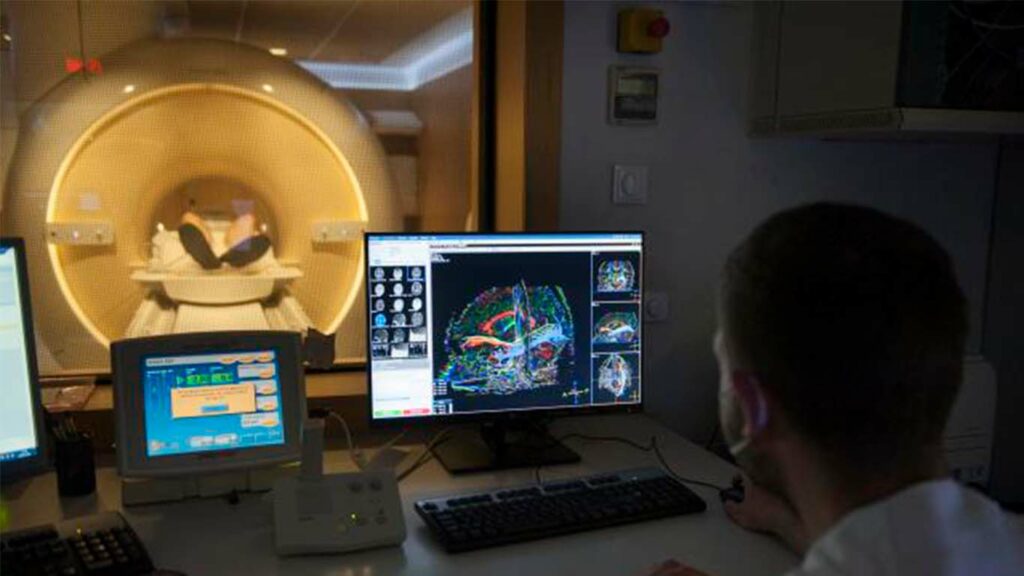 An investigation led by radiologist Àngels Camins and other neuroradiologists from Bellvitge Hospital, the Institute of Diagnostic Imaging (IDI) and IDIBELL, in which the Neurosurgery Service of Bellvitge Hospital also participated and the Brain Cognition and Plasticity Unit of the UB and IDIBELL, will now allow brain tumors to be removed preserving better an area of ​​language using an imaging technique that describes, according to the position and degree of the tumor, the type of displacement or destruction of a part of the brain directly related to the semantics and spelling of language.

The study was carried out as part of a program at Bellvitge Hospital for advanced functional MRI techniques application in the healthcare field. It was published in the Journal of Neuroimaging, the official publication of the American Society of Neuroimaging.

Preservation of the language area during surgery is an essential factor in preventing permanent neurological deficits and maintaining the patient’s quality of life after surgery.

In this study, researchers used magnetic resonance imaging, specifically, a technique known as a “diffusion tensor” to determine how tumor grade and location influence language areas. Specifically, the analysis has focused on the study of the lower front-occipital fascicle in its passage through the temporal lobe, which plays a key role in the semantics and orthographic processing of the language.

Impairment of this lower front-occipital fascicle can cause the patient to distort or substitute words during speech. According to Dr. Àngels Camins, thanks to the information provided by this work, “surgeons will be able to systematically and non-invasively identify this bundle, helping to define the limits of tumor resection“.

Functional MRI allows non-invasive detection of physiological changes in the brain related to mental processes: for example, during the performance of a task. Resonance imaging is obtained by taking advantage of magnetic properties of matter and is based on the premise that when a mental process occurs the neurons involved require more energy.

In this type of study, images were obtained while the patient was performing a specific language task, thus identifying exactly where in their cerebral cortex this activity occurs. These images were complemented by the diffusion tensor analysis, which provides information about the fibers or brain tracts that connect the cortical areas obtained to functional MRI.

Dr. Andreu Gabarrós, head of the Neurosurgery Service at Bellvitge Hospital and co-author of the study, points out that “apart from its usefulness in research and cognitive neuroscience, functional magnetic resonance imaging has become a fundamental tool for clinical practice to identify specific neurological functions and establish the best surgical trajectory to preserve these functions”.