Research is written in feminine: IDIBELL women and their career 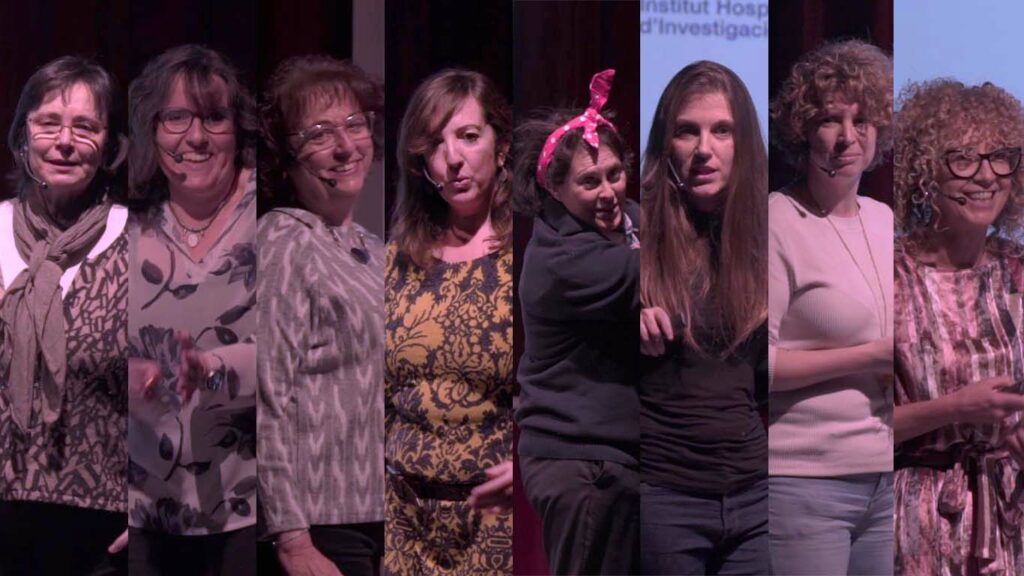 To highlight the decisive role of women in our research system, and also to bring their work and demands closer to society, IDIBELL organizes the sLHam of scientists annually, a successful initiative that this year reaching its fifth edition.

This year, the sLHam took place on February 11, International Day of Women and Girls in Science. This day was proclaimed in 2015 by the United Nations General Assembly in order to achieve gender equality through the full and equitable participation of women in science.

With this fun-festive event, IDIBELL gives a voice to the institution’s female scientists to raise awareness of the factors that affect their careers, give visibility to their work and create new benchmarks. This year the sLHamers were Avelina Tortosa, Marisa Mena, Mercè Martí, Isabel Fabregat, Susana Jiménez, Meritxell Rovira, Carmen Ardanuy and Mireya Plass, who in a five-minute informative talk explained their careers in the scientific world, the challenges they have overcome and the motivations that have helped them to do so.

How they became scientists

Many sLHamers explained that their passion for science was awakened at an early age. “As a child, I wanted to be a doctor, not those doctors who cure diseases but one of those who make medicines,” said Marisa Mena, IDIBELL’s principal investigator. At other times, the beauty of science made its way through itself: “As a child, I was amazed by how a plant could grow from a seed, a bean – commented Mercè Martí, head of the scientific and technical services of IDIBELL – What was that magic?”. 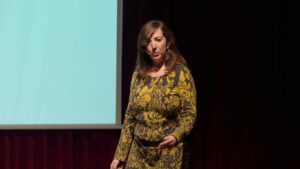 “As a child, I wanted to be a doctor, not those doctors who cure diseases but one of those who make medicines“, Marisa Mena.

Once in the world of science, it never stops surprising you. Meritxell Rovira, group leader at IDIBELL, explained that scientists are eternal students, they never stop learning. “Walker, there is no path, we scientists make our path by walking,” quoted Isabel Fabregat, also group leader at IDIBELL. And the thing is that scientists work on unexplored ground. It is the results of their experiments that lead the way forward. 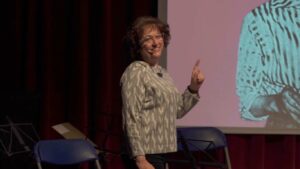 “Walker, there is no path, we scientists make our path by walking“, Isabel Fabregat.

Mireya Plass, group leader at IDIBELL, explained that there are times when science takes you on paths you never thought possible. For example, she presented herself as the bioinformatician who did not want to be a bioinformatician (and that she now loves). Or also, Mireya talked about how most of the time the scientific career does not follow exactly the planned steps, but that each person, with their own circumstances, ends up reaching their own destination. 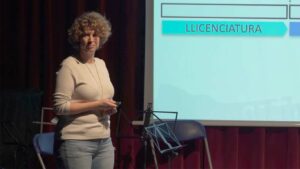 Avelina Tortosa, principal investigator at IDIBELL, gave this advise: “In the decisive moments of your life, stop, think, weigh and decide.” 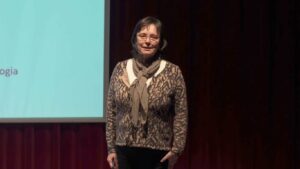 “In the decisive moments of your life, stop, think, weigh and decide“, Avelina Tortosa.

In the field of science and research there is the so-called scissors effect: in the early stages of the scientific career the ratio of women is higher than that of men, while as we move forward towards positions of power this percentage is reversed, being with more men than women in positions of responsibility (Cerca data, Generalitat data).

During the SLHam, Susana Jiménez, group leader at IDIBELL, showed a photograph of the University of Barcelona central building, ​​of the wall where the portraits of all the rectors that the university had until the moment are hung. “All men,” said Susana, “but we’ll see a woman soon” she added. 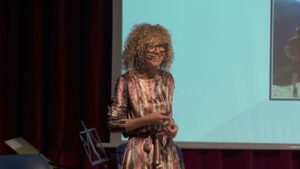 “For sure, we’ll see a woman soon”, Susana Jiménez.

In IDIBELL there is also the scissors effect, according to the latest data, the percentage of women as predoctoral researchers is 63%, while the percentage of female principal investigators is 54%, and that of female group leaders, 37% . And as an institution, we have an obligation to work tp “close” these scissors. In this sense, although we are still far from equal, in recent years the percentage of women as principal investigators and group leaders has only grown, and IDIBELL’s commitment is to continue to do so until it reaches the real equality, as Gabriel Capellá, director of IDIBELL, pointed out in his speech at the sLHam. In addition, in order to create references and examples to follow, most of the speakers at the IDIBELL seminars were women.

Marisa acknowledged that at some point in her career she had experienced imposter syndrome, a syndrome suffered by many women in the scientific world which makes them falsely believe that they do not deserve to be where they are. Gender stereotypes and the invisibility of women throughout history have created groundless insecurities in many of them. IDIBELL wants to empower its scientists with events such as the sLHam and by working every day for an equitable, egalitarian and fair science.

One of the main challenges that women face in order to be able to develop their careers in a fair way compared to their peers is family reconciliation, especially when it comes to deciding to be a mother.

“The life of a scientist is very similar to any other woman’s, the only difference is that we can’t stop much, because sometimes you could miss the train,” Meritxell confessed. Avelina remembered that when her children were young she discovered that she had more hands than she thought to be able to do everything. 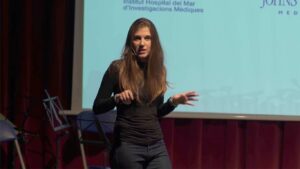 “The life of a scientist is very similar to any other woman’s, the only difference is that we can’t stop much, because sometimes you could miss the train“, Meritxell Rovira.

But, as Isabel put it, “science must not make us give up anything.” Although work still needs to be done, research has evolved, and it is now easier than ever to combine personal life with a scientific career. Carmen Ardanuy, principal investigator at IDIBELL, pointed out that many women in her group have been mothers while doing their thesis and this has not prevented them from continuing to advance professionally. 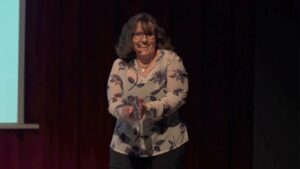 “Many women in my group have been mothers while doing their thesis and this has not prevented them from continuing to advance professionally”, Carmen Ardanuy.

Times have changed and will continue to change, so we must keep pushing them to the full and equitable participation of women in science. On February 11, the sLHammers ended their speeches with messages of encouragement for the new generations.

Mercè gave them three pieces of advice: “Don’t give up; look for your inner and outer balance, between what you need and what is asked of you; and remember the key to PPD, prioritize, postpone and delegate.” 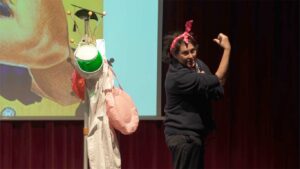 “Don’t give up; look for your inner and outer balance, between what you need and what is asked of you; and remember the key to PPD, prioritize, postpone and delegate“, Mercè Martí.

Avelina also ended her speech with a positive message: “Go ahead, fight, as you, as women, are the future.”

The sLHam is organized in collaboration with L’Hospitalet City Council, the Barradas Auditorium, the L’Hospitalet School of Music and Arts Center and the Spanish Foundation for Science and Technology (FECYT). The initiative is also supported by Aire Ancient Baths, BioNova Científica, Labclinics, Sarstedt, Tebubio and Ecobétulo, which provide prizes for participants.

You can watch the full video of this event here:

Share on Facebook
Share on Twitter
Share on Linkedin
Share on Email
Tweets by @idibell_cat
Tags: Outreach and education, Sin categorizar,
Manage Cookie Consent
To provide the best experiences, we use technologies like cookies to store and/or access device information. Consenting to these technologies will allow us to process data such as browsing behavior or unique IDs on this site. Not consenting or withdrawing consent, may adversely affect certain features and functions.
Manage options Manage services Manage vendors Read more about these purposes
View preferences
{title} {title} {title}
Scroll to Top