The incidence of H. influenzae infection remains stable but its antibiotic resistance increases 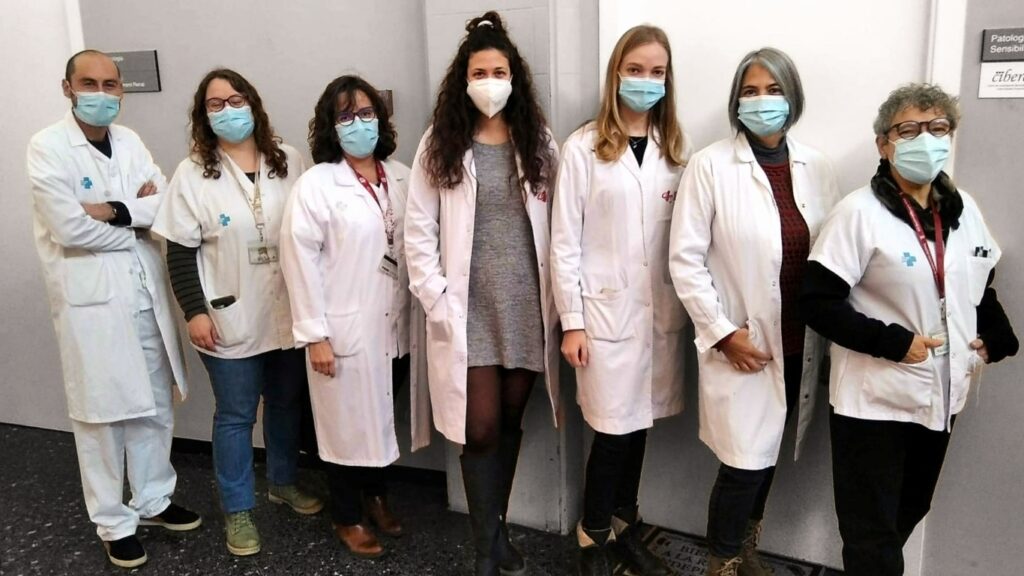 Haemophilus influenzae is a bacterium that can cause mild respiratory infections such as sinusitis or conjunctivitis, but also more serious ones such as pneumonia, complications of chronic obstructive pulmonary disease (COPD) or invasive disease – when the bacterium penetrates deep tissues, such as blood or cerebrospinal fluid.

The IDIBELL and Bellvitge University Hospital research group on epidemiology of bacterial infections, together with the microbiology service of the same hospital, has presented an update report on the epidemiological situation of H. influenzae. The article was published in the journal Microbial Genomics and shows how the incidence and mortality of this infection have changed from 2008 to 2019 in this hospital. It also analyzes how antibiotic resistance has increased during this period.

The study describes that since 2008, the incidence of invasive disease caused by H. influenzae in the general population has remained stable. The vast majority of cases are caused by non-encapsulated bacteria, called NTHi, and mainly affect people over the age of 65 or who suffer from other conditions. In some cases, this patology can become very severe and even lead to death, especially in high risk people. However, according to the study, mortality from this disease has been declining in recent years.

In this sense, antibiotics are a key tool to fight bacterial infections: the sooner their administration, the more likely the patient will survive. Microorganisms, however, have their own self-defense tools. The best known one is the acquisition of antibiotic resistance, which, according to this study, has increased in the last years. This indicates that “in order to design effective prevention strategies, it is necessary to monitor the rise in antibiotic resistance,” explains Dr. Sara Martí, study leader. She added that continuing the epidemiological surveillance of H. influenzae infection is important.

Share on Facebook
Share on Twitter
Share on Linkedin
Share on Email
Tweets by @idibell_cat
Tags: Epidemiology of  bacterial infections, pathogenesis and molecular basis of antimicrobial resistance , Infectious disease and transplantation Program, Translational Medicine Area,
Manage Cookie Consent
To provide the best experiences, we use technologies like cookies to store and/or access device information. Consenting to these technologies will allow us to process data such as browsing behavior or unique IDs on this site. Not consenting or withdrawing consent, may adversely affect certain features and functions.
Manage options Manage services Manage vendors Read more about these purposes
View preferences
{title} {title} {title}
Scroll to Top