Convalescent plasma treatment against COVID-19 is not effective 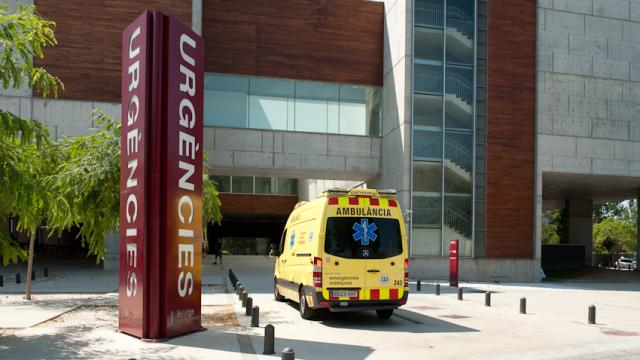 A clinical trial with the participation of IDIBELL and the Bellvitge University Hospital, promoted by the Fight AIDS Foundation and the Germans Trias i Pujol University Hospital, has concluded that the administration of convalescent plasma with high antibody titers to patients with mild COVID- 19 in the first 7 days does not reduce progression to severe disease and hospitalization. It also does not affect viral load in treated patients.

Convalescent plasma is a type of passive immunotherapy in which antibodies are administered directly to the patient, unlike vaccination or active immunotherapy in which the body is stimulated to produce antibodies. The relatively low cost and easy production of convalescent plasma led to its widespread use in Europe and especially in the United States.

The results of the randomized clinical trial have been published in the Lancet Respiratory Medicine. The study included the participation of 376 non-hospitalized volunteers from the Metropolitan North and Metropolitan South regions of Barcelona and Central Catalonia. Half of them received an intravenous infusion of convalescent plasma and, the rest of the participants received an infusion of saline as a placebo substance. All participants underwent medical follow-up for 60 days and, there were no significant differences in the rate of hospitalization between the experimental group (22 of 188 participants, 12%) and the control group (21 of 188 participants, eleven%). No differences were seen between the groups in viral load reduction at seven days, duration of symptoms, need for ICU admission, or prognostic inflammatory parameters in blood. Patient recruitment took place from November 2020 to May 2021, with follow-up until July 2021.

The researchers of the study have stated that “the results of this study do not definitively rule out the use of this therapy, which could still be effective in a different dose, with high-affinity antibodies, or improved processing methods. On the one hand, a product with a greater quantity of antibodies specific for the circulating variant could increase its efficacy. On the other hand, the plasma in Catalonia undergoes a pathogen inactivation process with methylene blue that could degrade the antibodies, and therefore a change in processing is necessary to ensure its integrity”.