A new genomic medicine strategy improves the diagnostic of leukodystrophies 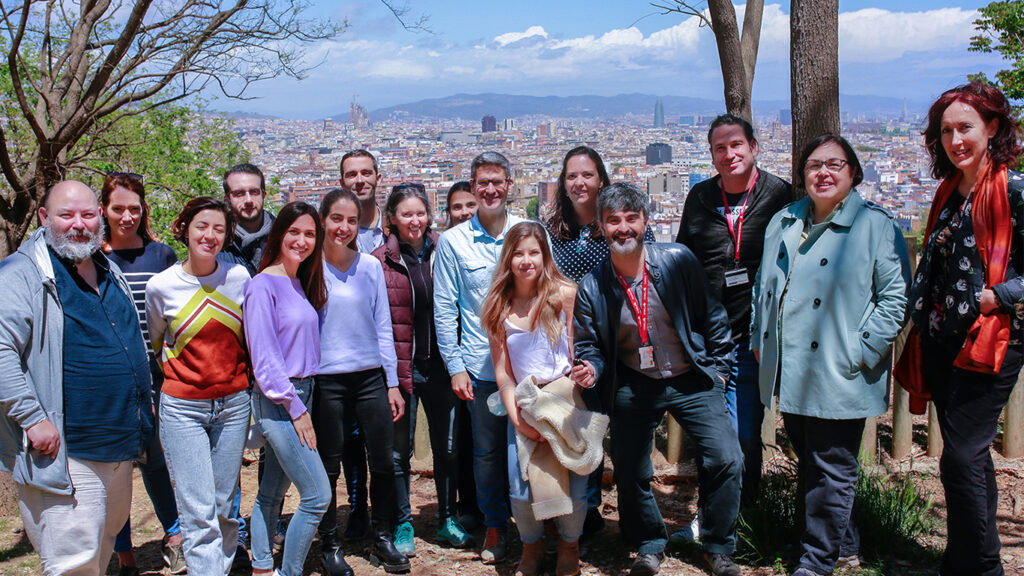 Leukodystrophies are a heterogeneous group of genetically-origined rare diseases that affect myelin, the white matter of the brain. So far, more than 100 genes responsible for these pathologies have been identified. With current approaches, the molecular diagnosis is obtained in only half of the patients. A new genomic medicine strategy has improved the diagnostic rate, has made it possible to discover new genes causing these diseases and has extended the clinical pictures described.

The study, which counted on the participation of pediatric and adult neurology departments from various Spanish tertiary hospitals, was led by Dr Aurora Pujol, geneticist and ICREA professor at the Institut d’Investigació Biomèdica de Bellvitge (IDIBELL) and the Research Center Biomedical Network for Rare Diseases (CIBERER).

The strategy used combines the analysis of exomes and genomes using a computational algorithm -the first step towards artificial intelligence- that uses clinical data from patients to generate networks of interactomes (the molecular interactions between proteins) and prioritize variants. It also performs functional studies on patient-derived cells to confirm variants of uncertain significance. In addition, neurologists are involved in the entire process, from the exhaustive description of the case to the selection of variants.

“Multidisciplinary teamwork is most often necessary to achieve success and we are fortunate to have the implication of physicians and the excellent sequencing services of the National Center for Genomic Analysis (CNAG)”, comments Dr. Pujol, leader of the Neurometabolic Diseases research group of IDIBELL.

The authors of this article, published in the journal Neurology, have performed an analysis of 126 patients with leukodystrophies of different ages who had not been diagnosed with current clinical and molecular studies, including panels of NGS genes or clinical exomes, and have reached a 72% diagnostic rate. In addition, they have identified new phenotypes, nine new genes that cause leukodystrophies and several mutated genes that contribute to the clinical picture in 5 families.

This study confirms the great genetic heterogeneity of leukodystrophies, with the identification of 57 genes in the 91 diagnosed cases. Furthermore, many of these genes are not associated with the classical concept of leukodystrophies, so they were not included in the NGS panels that are currently used for their diagnosis.

“With our analysis, we have managed to reach a diagnosis in an average of six months, a great advance compared to the previous diagnostic odyssey of these cases, which lasted an average of 10 years. Beyond allowing the genetic counseling of these families, molecular diagnosis has improved the clinical management of 32% of patients. In some cases, we have even been able to start testing therapeutic options. In addition, we have expanded the scientific knowledge on basic brain functions by being able to identify the genetic cause of new syndromes not described to date. For all these reasons, we propose a change in the diagnostic paradigm to apply the complete exome (WES), or better genome sequencing (WGS) as a test of choice with the best cost / efficiency ratio in most cases of leukodystrophy”, highlights Dr. Pujol.

This study was funded by the URD-Cat program, CIBERER, La Marató de TV3, the Carlos III Health Institute, the Hesperia Foundation and the CNAG. In addition, it had the collaboration of the Spanish Association against Leukodystrophies (ALE-ELA Spain). CIBERER researchers Luis Pérez Jurado and Rafael Artuch have participated, as well as members of clinical groups linked to CIBERER Mireia del Toro, Alfons Macaya and Luis González Gutiérrez-Solana, and also Adolfo López de Munain (Hospital de Donostia and CIBERNED) and Sergio Aguilera (Hospital Complex of Navarra), among others.

Leukodystrophies are a group of rare genetic disorders that affect the central nervous system and show damage to the white matter (or myelin) of the brain. More than 100 types of leukodystrophies are known, with a prevalence of 1 in 7,000 births. In some types, those affected have clinical pictures at birth, while others may not cause symptoms until the child begins to walk, and others mainly affect adults. They are progressive and often fatal or severely disabling diseases.