Finding new paths in the treatment of cystic fibrosis 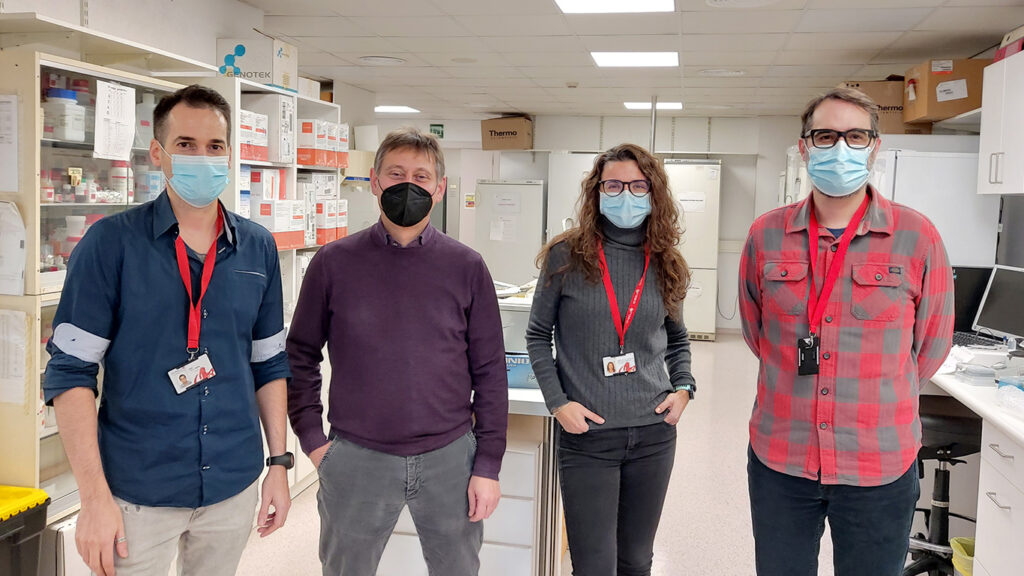 Cystic fibrosis is the most common inherited disease in the Caucasian population. It is caused by a genetic mutation that inflicts damage to the airways, among other effects. Airways dehydrate and produce a much stickier mucus that traps pathogens more easily, leading to recurrent infections and inflammation, which ends up being a chronic problem in people with cystic fibrosis.

Effects on the respiratory tract induce an increase in reactive oxygen species, unstable molecules that attack everything around them and cause oxidative stress. Oxidative stress degrades cells and tissues and reduces the effectiveness of defences against external aggression, thereby favouring infections and inflammation. In this regard, cells activate a very complex genetically regulated protective response.

A scientific study by the IDIBELL research group on Immunoinflammatory Processes and Gene Therapy with the support of the Bioinformatics Unit has conducted an analysis with the aim of finding new genes and regulators related to the response to oxidative stress. They have identified several genes and regulators that play an important role in this, and therefore they would be possible candidates for designing new therapies. Besides, the same research also looked for commercialized drugs that could help fight oxidative stress using the identified genes. This project has received funding from the Catalan Association of Cystic Fibrosis (ACFQ).

“These drugs, alone or in combination with current treatments, could benefit patients with cystic fibrosis by preventing accelerated lung degradation, which is one of the worst effects of the disease,” said Dr Josep Maria Aran, leader of this work, “but these are preliminary results, we need to do more controlled experiments and clinical trials in order to bring this into practice.”

Share on Facebook
Share on Twitter
Share on Linkedin
Share on Email
Tweets by @idibell_cat
Tags: Genes, Disease and Therapy Program, Immune-inflammatory Processes and Gene Therapeutics, Translational Medicine Area,
Manage Cookie Consent
To provide the best experiences, we use technologies like cookies to store and/or access device information. Consenting to these technologies will allow us to process data such as browsing behavior or unique IDs on this site. Not consenting or withdrawing consent, may adversely affect certain features and functions.
Manage options Manage services Manage vendors Read more about these purposes
View preferences
{title} {title} {title}
Scroll to Top